‘The Spirit of Harvington Hall’, by S Royston Jenkins 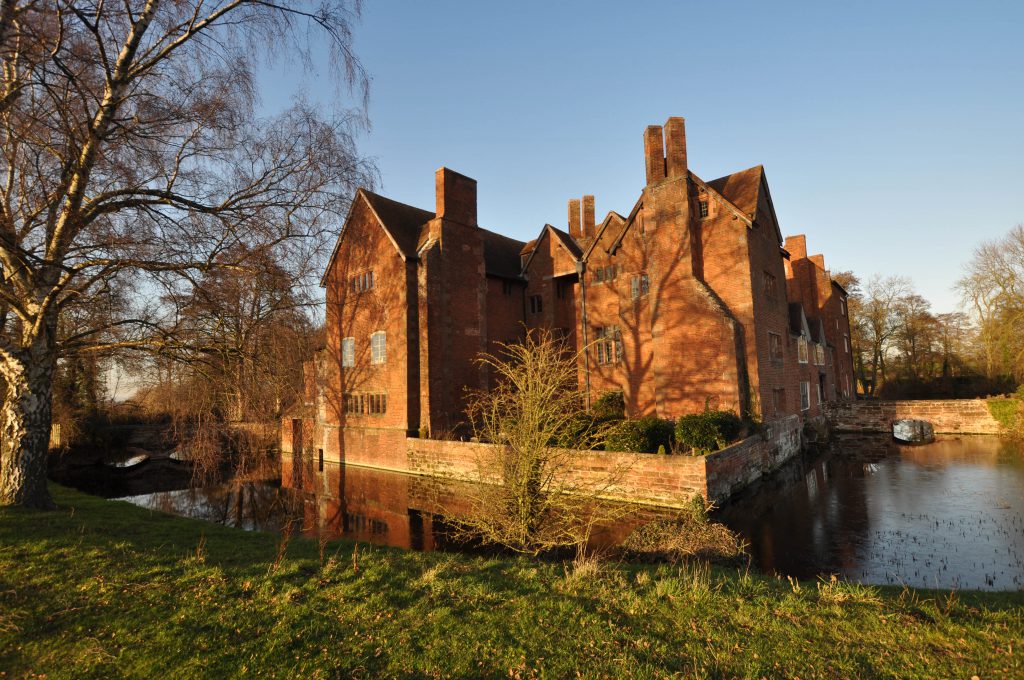 I walked across the grounds from the church to the Hall, enjoying the sunshine and joined Alison as she led her the party into the kitchen; at least I didn’t have to worry about any of the doors slamming shut behind me. I followed behind the group, listening to her pointing out the priest’s hole hidden in the shaft. I marvelled at the enthusiasm in her voice as she told of the need for Catholic priests to be able to hide at a moment’s notice should the men of Queen Elizabeth or King James descend upon the Hall. She seemed to relish recounting the grisly end that awaited any practicing Catholic, and those who concealed them.

“This hole enabled a priest to survive, and we know that no priest was ever discovered here or in any of the other six.”

I followed them as they moved on around the house, and was still with them when one young man asked the inevitable question:

“Is the house haunted?”

“No.” Alison replied. “No-one has ever seen a ghost here. There was a story doing the rounds that the ghost of Lady Mary Yate could be seen walking the corridors and wailing, but it turned out to have been started by someone who had never visited here.”

I was the last to arrive at the regular briefing for the staff, and took my accustomed place sitting on a table at the back of the room. The duty manager ran through everyone’s tasks and told us of a special party that was due at eleven o’ clock, and asked for two of the guides to be at the main door in good time to greet them.

“We will also have an artist joining us for two weeks; her name is Joy Francis and she will arrive next week. She is studying at Edinburgh College of Art and wishes Harvington Hall to feature in her series on Catholic homes. She would like to concentrate on the Hall itself rather than the people in it.”

I had only just walked into the staff rest room when the re-enactors bustled in for their morning break. Cheryl, a lean red-head, put the kettle on and set the mugs out.

“I’m sure the old wash-room is haunted, the corner behind the door is always colder than the rest of the room, it just feels so odd.” Christine announced to the others while they waited for the kettle to boil.

“Nonsense, Christine,” Julia replied, “There are no ghosts here -for a start there haven’t been any tragic deaths, and no-one has ever seen a ghost.”

“You say that but I feel a presence in the building.” Cheryl said. “It is comforting, though, as if a friend is keeping an eye on us.” Then the kettle came to the boil, and she poured the water into the mugs. The conversation changed to what had been on television the night before; I lost interest and left the room.

I was passing the office when I heard the manager put the telephone down. “Well, I know Americans can be strange but that just about takes the biscuit,” she said.

“What’s up?” her colleague asked.

“That was a Mrs Celeste Bowman of Brockton, Massachusetts. She is a medium researching English haunted houses and wishes to pay us a visit this afternoon to see what ghosts we have.”

“Well, she’s in for a disappointment then.”

I was standing in the main entrance when this lady arrived. I could tell she had a closed mind by the way she bustled through the doorway and completely ignored me. I didn’t think she was a genuine medium but I followed her to see what she could find. She wandered from room to room with her crystal ball, stalking the gloomy passageways, and announced that ‘there has been a death here’ in the main bedroom. She seemed unaware of the priest holes, and completely ignored both bridges over the moat -but then everybody ignores them.

Joy arrived with her easel and her other paraphernalia but spent her first day wandering around the Hall with her sketchpad, making quick charcoal sketches of the rooms. I could tell straight away that not only did she have an excellent eye for architecture but she also had an open, enquiring mind. Later I watched her start a detailed oil painting of the front of the Hall; she made good use of the contrast provided by the deep blue sky against the sun-lit brickwork of the Hall. While she was working on this she occasionally looked, with a smile, in my direction.

Several days later, she was putting the finishing touches to it and I couldn’t stop myself from congratulating her. “That is a magnificent painting.”

“Who’s that?” She said, looking around in bewilderment.

“I am so sorry Miss Francis, I didn’t mean to startle you.”

“No, nobody can. I am what you might call a ghost.”

“They told me that Harvington Hall isn’t haunted.”

“Well, I don’t wander the passages wailing or turning the lights off. Since my death I am bound here as I cannot cross the water. I just like to keep a watch on the Hall.”

“I’m standing to the right of your painting now.”

She settled back on her stool and looked me -or rather in my direction. “How did you die?”

“I had been injured in the Great War and was still convalescing. I was walking home down the main road one evening, and could see children playing round the Hall – it was empty then. I heard a girl scream and then a splash so I ran down here; I could see her struggling in the moat.”

“Well, I jumped straight in. I was able to hold her head above the surface and get her to the side, and she was able to scramble out. Sadly I couldn’t get out, my feet were stuck deep in the mud and I was too weak to pull myself out.”

“Oh, you poor man. And you’ve been stuck here ever since?”

“Yes, but I’m only awake when people are here…If there’s no-one around I sleep. It’s been nice to see the Hall restored, I like to think I look after it.”

“Well Arthur, please call me Joy. I will be painting the Knot Garden next; you must describe yourself so I can include in it.”

I did as she asked and she duly included me into the painting, I’m the man in a dark suit with a raised brandy glass -it looks as if I’m toasting the ducks on the wall. She called the painting ‘Good Spirits’ and you can buy a print in the gift shop -apparently it is a popular purchase. 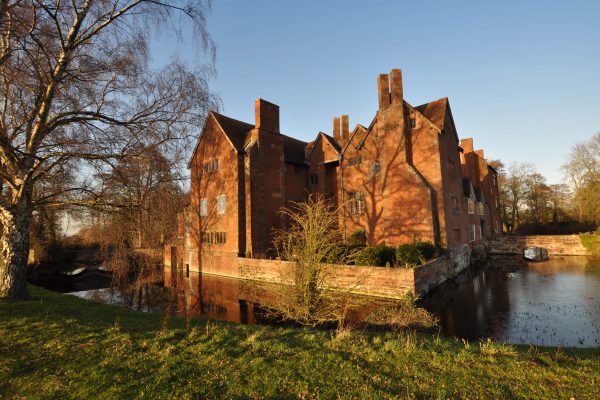