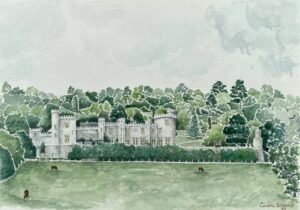 On leaving Truro, having orbited its Gothic revival cathedral, the landscape changes and you are delivered into deep sided lanes, profuse with Harts tongue ferns and bracken, the wider landscape hidden from view. Quickly though, the roads channel you down to the sea, down to views over the still, metallic waters of Porthluney Cove.

The walls of Caerhays Castle line the roadside at the waters edge but the castle is just visible from the bay. Entering through the gates of Bottom Lodge, you sweep up the hill to the light grey slatestoned castle, set against a backdrop of deeply wooded banks. Banks filled with magnolias, rhododendrons and camellias, an immediate glimpse of the plant hunting past that the castle has become famous for.

On my visit in late September, swallows spiralled overhead, preparing for their imminent departure south and their happy song was the only noise around. Ramblers strolled over the hill heading east, and walking up behind the castle with unbroken views across the meadows, all was calm as the lighter days of autumn took hold.

Originally a manor house held by the Arundell family before passing to the Trevanion’s from the 14th to 19th century, the castle was created later and is now owned by the Williams family.

John Bettesworth-Trevanion embarked on a series of improvements to the grounds as well as a remodelling of the manor house in the mid 1800’s. John Nash was employed to design the new castle and assisted in planning for the new pleasure grounds. It is reputed that Humphry Repton also advised, informally, on the changes to the gardens.

The Trevanion’s money sadly started to run dry as construction costs mounted and the family were forced to leave Caerhays behind, unfinished and in the hands of creditors. The Williams family, a local Cornish mining family bought the estate and the incomplete and dilapidated castle in 1853.

The celebrated gardens came into being in the later years of the 1800’s when J.C Williams inherited the estate while still at Cambridge University. He developed a relationship with two plant hunters, E.H.Wilson and George Forrest who were to spend decades in China, with money from J.C Williams, sending back camellias, rhododendrons, magnolias and countless other species from the far east which were in turn lovingly nurtured back at Caerhays under the watchful eyes of some of the most knowledgeable gardeners in the country.

The Magnolia collection is now one of the finest in the world. The crenellated towers and turrets of the castle set against light pinks and whites of the vast array of original and hybridised species that make up the backbone of the 140 acres of woodland garden to explore.

Closed now, as the autumn draws in and days grow shorter, the early spring colour of these gardens will be a welcome respite from the greyer months that will have just been endured. 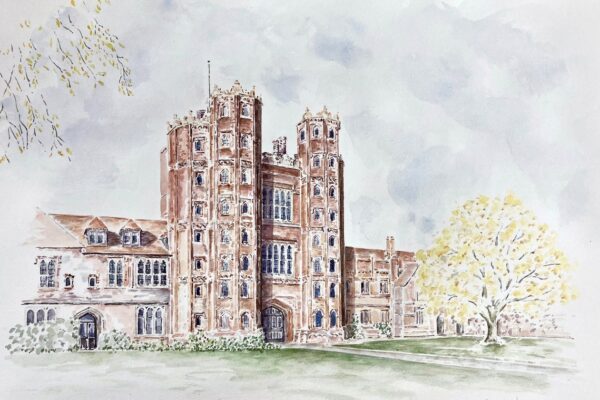 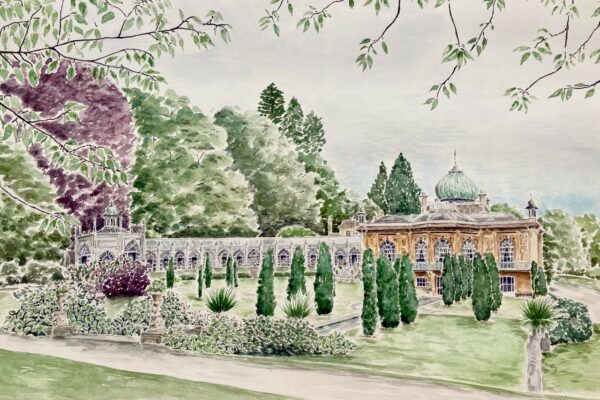 The warm days just after the Solstice broke for my visit to Sezincote earlier this month and the searing heat was replaced by a light cloud that sat overhead all day, interspersed with rumbles of thunder and short sharp showers.... 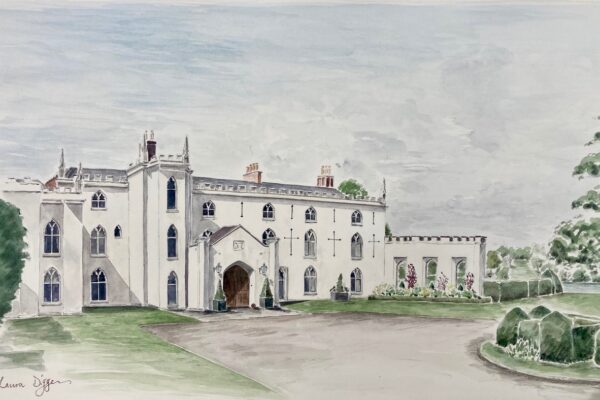