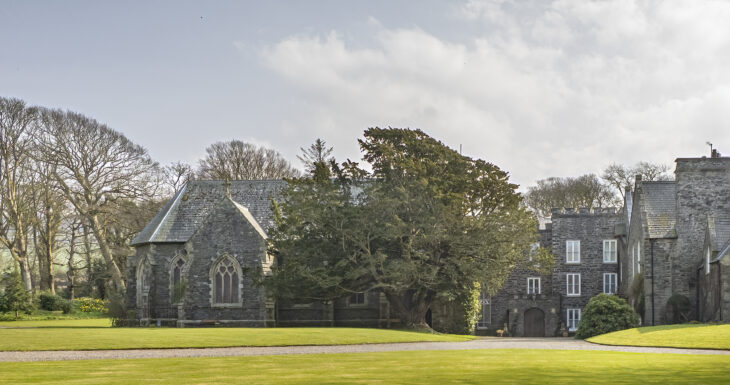 Portions of the main house and grounds are easily accessible to those with limited mobility.

Bishopscourt is the former Episcopal palace for the Church of England’s Diocese of Sodor and Man. The Calendar of Patent Rolls in London dates Episcopal occupancy to at least 1315. However, Bishop Simon’s death in 1247 near the village of Kirk Michael, suggests the possibility of even earlier Episcopal use of this site. Bishopscourt likely began as a fourteenth century defensive stone peel. A hall, chapel, west wing, wash house, dairy and game larder were added later. Today, interior rooms, including extensive public rooms, retain 18th and 19th century features.

The present Victorian Gothic St Nicholas Chapel, dates to 1858 and served as the Pro-Cathedral for the Diocese from 1895 until 1976. The chapel features Minton tile floors, stained glass windows, original furniture, and a beautiful antique Bevington organ in excellent playing condition. The chapel remains consecrated today, and services and weddings are occasionally held there.

During the seventeenth century, Bishopscourt was briefly used for purposes other than an Episcopal palace. From 1643 to 1651, James Stanley, 7th Earl of Derby, used Bishopscourt as his summer estate while the see was vacant. From 1651 to 1659, the estate was held by Parliamentarians. Thomas Fairfax, 3rd Lord Fairfax of Cameron, Parliamentary commander-in-chief during the English Civil War, appointed James Chaloner Governor of the Isle of Man. While serving in this capacity, Chaloner used Bishopscourt as his primary residence. Historical records document witch trials at Bishopscourt, and Chaloner presided over at least one such trial during his stay on the Isle of Man.

The thirteen acres of grounds include pleasant drives and walks, a walled kitchen garden and greenhouse, and several 19th century cottages. An important mature arboretum contains ancient sweet chestnuts, a large yew planted adjacent to the current chapel, and trees planted by members of the royal family during official visits to the island.

Extensive works are underway, and Bishopscourt is currently closed to the public. For health and safety reasons, no public or private events will be scheduled through April 2025.

Portions of the main house and grounds are easily accessible to those with limited mobility.

Car: Travelling from Douglas, take the A1 to Ballacraine. Turn right onto the A3. Then stay on the A3 until you are a bit north of the village of Kirk Michael. Bishopscourt is located on the left of the Main Road to Ramsey. 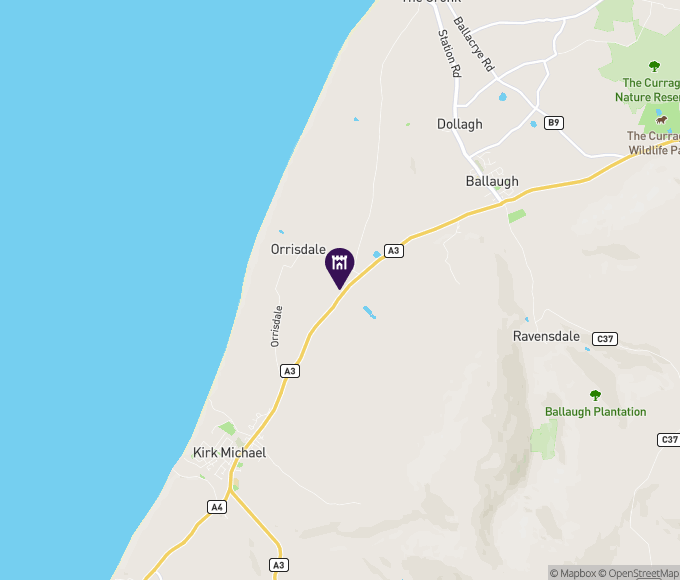 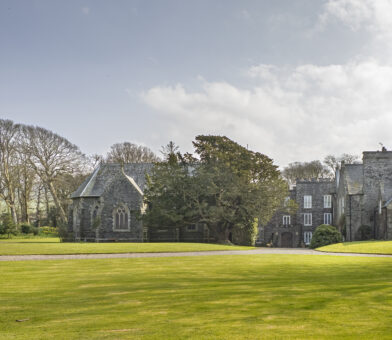 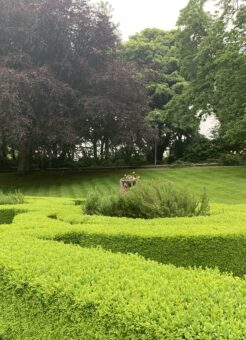 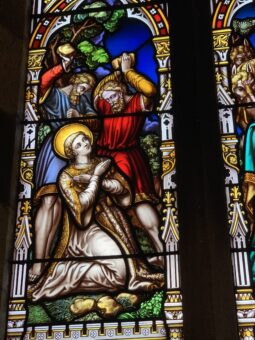 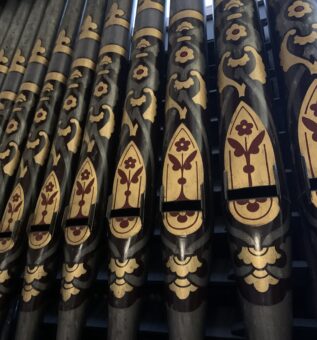 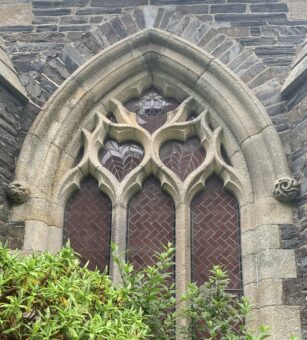