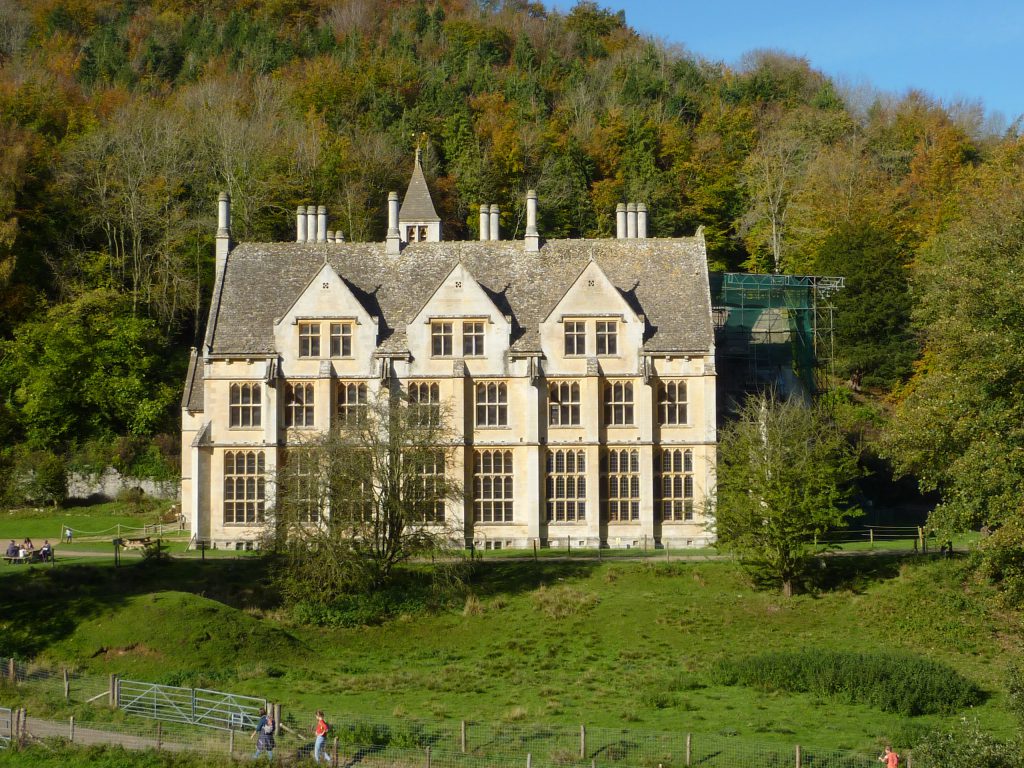 “Mr. Bucknall. Sir. Might I have a few moments of your time please?”

Benjamin Bucknall was making a site visit to the new house he was building for Mr. William Leigh. Visits were not that regular as progress had been slow.

The summer of 1870 was warm, but not too warm to stop lime mortar work; the site was busy with activity,

“What’s the problem?” Bucknall was wary. He was young, and builder Gorton’s foreman Jackson had the experience and knowledge of his years. However, his status as architect gave him the necessary authority to command a respect which maybe age did not deliver.

“Perhaps it would be best if we talked away from the men sir.”

Jackson led Bucknall to the unfinished hall, a skeleton of stone ribs and vaults, soaring up through two floors, bare to the world, awaiting the installation of the first floor when inclement weather forced inside work.

“No. let’s go to the chapel.” Bucknall said. Leigh had insisted the chapel was completed first. As a devout Catholic, Leigh had wanted proper recognition of a Greater Power. The workmen were required to attend an occasional service of prayer, to invite the Almighty to bless the work, and keep the men safe. That had not always worked, as the scaffold collapse the previous year had left two men dead. Their memory too was remembered, a gesture that was appreciated by the men.

Health and safety were a loose concept, and no matter how careful one was, a harsh winter could leave a man’s hands frozen to a shovel handle, or worse loss of grip to any safety rope.

The shape of the valley didn’t help. It’s deep sides and east-west alignment, to say nothing of heavy tree cover on the skyline, meant some limitation to sunlight, and a bit of a frost pocket in winter. But Leigh was not a man for such practical limitation, and the obvious attraction of the stream running down through the site had allowed the generous water-filled landscape of the demolished house he had originally bought to build his own replacement. For him visual attraction outweighed any such useful consideration. And he could easily have the trees cleared if necessary.

“Well sir. It’s like this. The men have not been paid these past three weeks. It’s not good enough. Sir. With respect”

“What does Mr. Gorton say? He is responsible for their wages.”

“He says Mr. Leigh won’t pay for any more work without your approval.”

Bucknall’s relationship with William Leigh was not the typical master-servant affair. Leigh had taken him out of partial obscurity, and given him a voice, an opportunity to shine. Benjamin Bucknall was in effect Leigh’s protégé, and had been given almost carte blanche in the design. He had even converted to the Catholic faith at his client’s persuasion.

They both intended the house to be an exemplar. When Leigh said money no object, he had meant it, but perhaps times had changed as the work had progressed.

Pugin’s original plans had come to nothing, and Bucknall’s inclination towards the French style of gothic appealed to Leigh’s own tastes. But it came at a price, and he knew that the cost of the project had escalated out of any comfort zone.

Working with lime mortars on such a finely detailed project always meant building had to halt through the winter, but then the masons used the time to carry out the detailed carving, preparing the mouldings for the following season. Especially the gargoyles. Bucknall had gone to town on those.

“You would agree the project has been a bit slow?” Bucknell questioned. But he was aware he was putting pressure on Gorton to speed things up; the message must have got through to Jackson.

But he was under pressure himself. Leigh was growing impatient, wanted the job done. There was an implied criticism with Bucknall himself, although Leigh had not spelt it out; Benjamin could read between the lines. The cost. The delays. The changes (not all his he rationalised!)

“Right.” Said Bucknall “Take me through what you have done and I will sort it out”

They walked the job, and Bucknall could see where progress had been made, and where things needed to tighten. He made sure Jackson had all the information he needed, to ensure a lack of instruction didn’t come back to haunt him.

He knew the project faced difficulties, but the support to cash flow would keep things on track for a few more weeks.

Autumn arrived before Bucknall’s next visit. Things had quietened down, and Gorton’s men had progressed more steadily towards getting the house finished. But winter was closing in and shortly the site would be semi-mothballed before cold weather paused construction. Jackson was doing his evening rounds. The men had left for the day, on the work cart back to Stroud, and nothing remained but to lock up for the night. In fact, Bucknall’s unscheduled pre-shutdown review was an unnecessary distraction, but he “was in the area.”

It felt unusually cold as the two men walked through the shadows of the rooms. The fading sun cast long splinters of light though unfinished windows into the gloom of the interior, leaving darkened shadows in chiaroscuro corners. It was the sort of light that plays tricks with the mind,

Something moved, probably a rat, or a bird.

“Anybody there?” Jackson called into the gloom, not anticipating a reply, knowing all the men had left for the day. The lanterns cast a strange glow into the twilight, a blend of the warmer oil flame and the yellower light of the autumn sun, slowly climbing up the walls as the evening drew in. There seemed to be shadows hiding in the shadows, differential degrees of darkness.

And then. A sense of overwhelming fear, as if an instant of dread had fallen on them. As if a platform at high level was collapsing under their weight. And then nothing. Bucknall knew this was the room in which the men had died. Jackson was already heading for the door, and Benjamin close behind him.

Outside they looked at each other in sheer amazement, but silence.

Jackson turned the key in the lock, knowing the site was protected under a different level of security.

“May I offer you a lift back to Stroud?” Bucknall asked?

“Thank you.” Replied Jackson, clearly with relief. They loaded his bicycle onto the back of the trap and set off, Bucknall wondering what happens next, and Jackson mentally resolving to visit the dead men’s families, to make sure they were not suffering too much in their bereavement, the living disturbing the dead.

For some reason the author, who based this on Bucknall’s surviving diary, left his dialogue unfinished. Like the house itself, its incompleteness has become part of the mystery surrounding this gothic gem, sitting like an architectural Marie Celeste, in a landscape slowly falling back into a natural world. 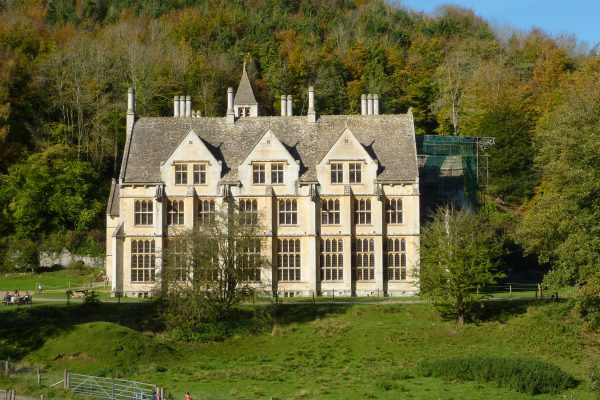