‘What I Owe to Mellerstain’, by Allan Bolton 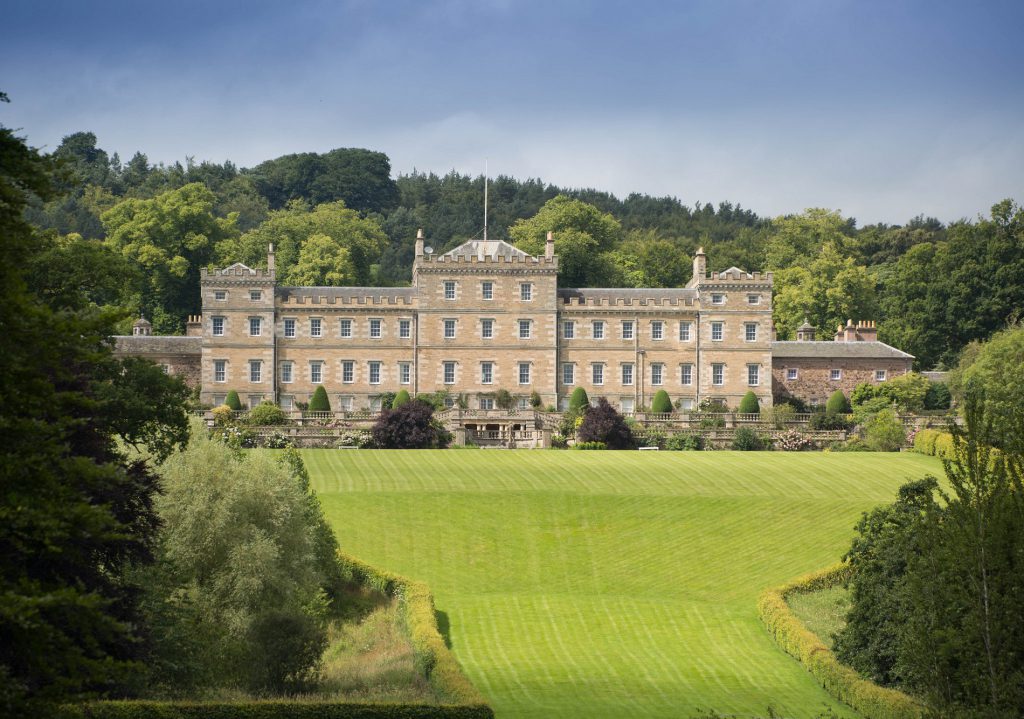 This is between us, son. For your eyes only, as they say. Open it after my death, then — this is important — carefully destroy it.

Mum and I visited Mellerstain shortly before my poetry was published, celebrating its acceptance. The publisher aroused widespread interest in this debut collection from a man in his sixties. Reviewers couldn’t wait to read it. Informal signs were favourable.

We stayed at the Paxton House apartment beneath the outstanding picture gallery, enjoying the  privilege of visitor-free evenings to stroll the grounds and see the netting of salmon on the River Tweed. From Paxton, we could visit Manderston, Mertoun and Mellerstain. The names are, mellifluous.

While Mum viewed Mellerstain from its ornamental lake, I marvelled at the library ceiling and the portrait of Katharine Salting, a young girl, hair unstyled, hat casual, brown eyes soulful and trusting. She reminded me of a girl I once knew.

The plasterwork, pastel green walls and ceilings are unforgettable, but an exhibition made this visit momentous. At first, there’d been no time for detailed reading. Now a tiny poem caught my eye:

I prithee send me back my heart,

Since I may not have thine,

So if from yours you will not part,

Why then should’st thou have mine.

But farewell care and farewell woe,

I will no longer pine,

For I’ll believe I have thine heart,

As truly as thou hast mine.

A wave of heat surged from my chest into my face. I nearly fainted, grabbed the display case to avoid a faint. Panic seized me, hideous consequences burst through my mind.

The verses were identical to the final poem in my collection about to be published. How could this be? It was an urgent problem I must solve. Mum was mystified by my sudden need to leave: I must get home quickly, something important’s cropped up, was all I’d say.

My frantic online search revealed that the verses came from a 17th century poem, with minor amendments. I’d just received the publisher’s proofs for approval. This poem must be dropped. The pagination would be affected, but there was no choice.

If the poem were to appear, unacknowledged, I’d be a plagiarist, a thief. The whole enterprise would be wrecked, notable for the wrong reasons, and my reputation as a writer and as a person would be in the mud for ever.

But all was well. The publisher cut the offending item and my book received warm reviews, I was showered with invitations to festivals and book signings, but I had to avoid intrusive questions about a possible second book. One reviewer praised the poems’  ‘grasp on fresh new experience, intoxicated joys of first love.’ The poems had been in my drawer for forty years. If I’d revealed that, there’d have been many more questions.

As you know, I was happily married to your Mum throughout this time. I think that her wish for a divorce, which I know caused you sadness, was in fact considerate on her part. She craved more freedom and independence and, seeing my life at last becoming fulfilled after the sense of loss that came with retirement, she felt able to press ahead with her own plans. Our separation brought me down, emptiness closed in again. The grieving activated another set of regrets, their roots lie at the heart of my famous book of poems.

To explain, when I was a student I got to know Thea, a playful, brown-eyed girl. I felt unsure: did I welcome her attention? My friends ribbed me about her seeming crush. They said she’d got it bad, I should put the poor girl out of her misery. She wasn’t a beauty, but she was bubbly and pretty. I had nothing to lose and much to gain, being in danger of submerging myself in excessive study.

Maybe my reaction lacked spontaneity, too self-regarding. But letting down my guard launched us rapidly on a joyful time. We revelled in the happiness that we each brought the other. Uncomplicated fun.

Yet I felt a doubt, concerning Thea’s intensity: she’d switched from flirtatious to adoring. Might her ardour turn into jealous obsession? But I’m a worrier, always have been.

Our work kept a healthy distance between us: weekdays I studied literature, mostly poetry then, while Thea’s ambition to become a social worker prescribed her subjects.

For my birthday she bought an LP of poetry, read by professional actors. In her looping handwriting on the cover, she signed her deepest love and kisses. I’d spent too long reading poems off the page, missing the emotional potency of their sound. I’ve treasured that recording, play it often, and remember.

As a girl Thea loved to write. She showed me some poems she’d written since we’d been together. They were bright, fresh and clear like jewels. Handing them over, she said, ‘Promise you’ll never show them to anyone, they’re our secret.’ Her smile was gentle but her gaze told me she meant every word. Such a long time ago.

She wrote more poems, claimed more attention. On many levels we continued happy enough, each buoyed by the other’s positive influence. And yet, the head space I needed was becoming flooded with her well-meant chatter. Would it become overwhelming?

I confess that at that time my head was turned by a girl often in my classes. I framed a choice: stay in a possible commitment trap with Thea, or pursue the mirage of an exciting new relationship. It did prove a mirage, but only after I made the decision which felt right in the moment but which I now see as utterly wrong.

I dreaded what I’d talked myself into — there should be no gradual painful break-up. I must do it soon, tomorrow. The next day was 13th February, as I discovered later.

My words stuttered, badly expressed, unconvinced and unconvincing. I was upset, for I still loved Thea. Her reaction was stunned, then tearful. She made no accusation, attached no blame. More than I deserved.

I had to ask, ‘Would you like to take your lovely poems back?’

Her grief took on a voice. ‘The poems are my love for you. I won’t ever take back my love so I won’t take back my poems. You sparked them, I just wrote them down. Don’t throw them away, they’re yours.’ With a rueful smile, she added, ‘Tomorrow’s Valentine’s Day’ and turned, closing the door behind her.

Emotional exhaustion let me sleep that night. Around dawn I heard rustling from under the door. A piece of paper on which was written the poem quoted above. An understandable change from Thea’s normal style. I know now that in her turmoil she’d called on another poet for her sad Valentine’s message.

Last night I dreamed I went to Mellerstain again. I go there often, physically and in my head. I published Thea’s poems, to great acclaim, as my own. I’m an imposter, I don’t deserve my success.

Will you judge me harshly, son? Rather than slide them back into the drawer, I brought them to the world, to recognition and appreciation. After all, they were mine. 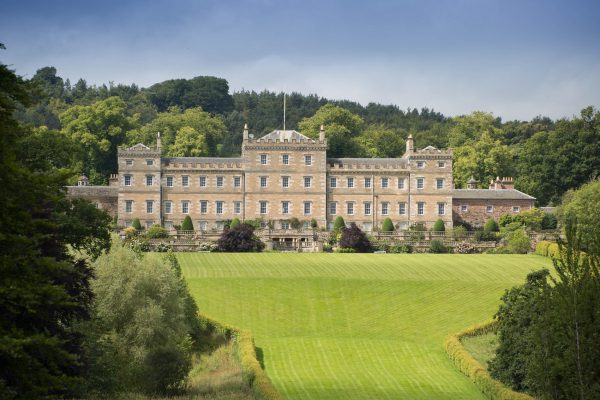