‘The Sugar Castaway’, by Martine Bailey 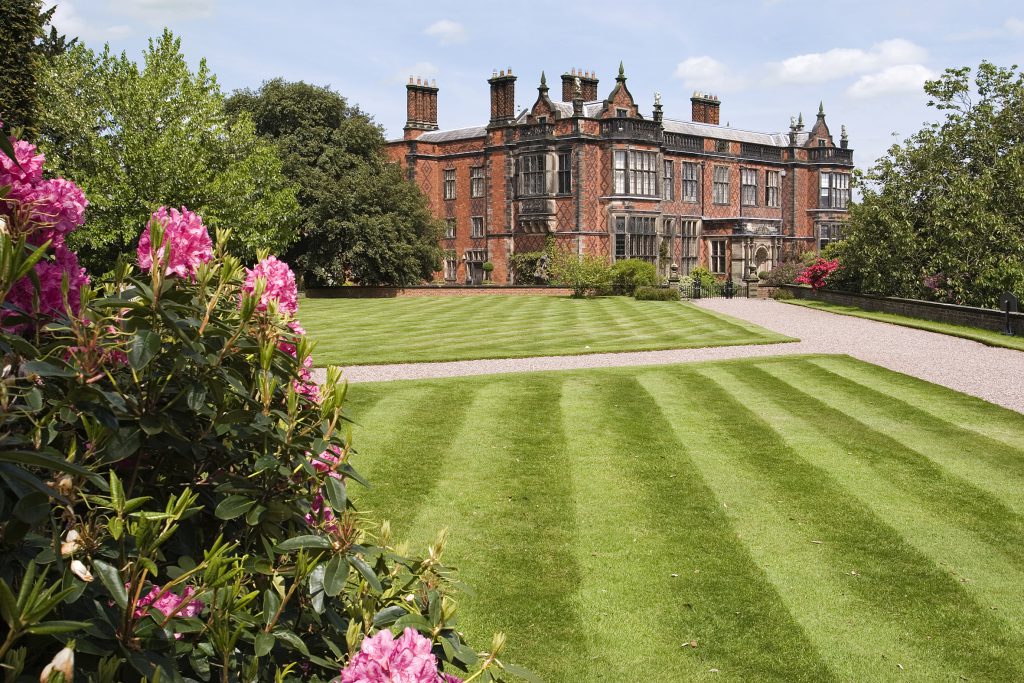 ‘You must both provide a spectacular dish for the grand feast,’ Lady Betty announced, peering at the two favourites of her household. ‘I trust that you, Whitaker, will use every artifice to create a dessert our guests will marvel at. And you, Raffald, must coax the perfect harvest of fruits from our garden. As in previous years, the winner shall receive the honour of their method being recorded in my own Household Book.’

Lizzie glanced sidelong at her rival, John Raffald, Arley Hall’s head gardener.  The green-eyed Yorkshire man winked jovially at her as they were dismissed. Lizzie tut-tutted and turned aside. Naturally, the rogue would do his best to unsettle her, for last year she had triumphed with ‘A Garden of Sweetmeats’ made of angelica and candied fruits. It was time to devise another grand victory of the kitchen over the garden.

Two days later Lizzie had begun to make a vast desert island moulded from sugarpaste.  A stockade of liquorice had been erected and a pathway of pink sugar stretched to the shore.  The whole would be surrounded by a sea of broken jelly swimming with candied fish.

John set his garden bounty down on the kitchen table.  ‘Now that’s what I call a creation.’

‘I’m making a castaway to stand on the mountaintop,’ she said.

Lizzie stood back to admire her work.  Relations between the two Yorkshire incomers had taken three years to reach wary civility.

‘It is a scene from that book called Robinson Crusoe about a fellow shipwrecked on an island. So what are you up to, then?’

With a flourish he uncovered a basket of dewy grapes, purple bullaces and dimpled oranges. They released a fragrance of sweet wet earth that reminded Lizzie of her lonely walks in the estate’s bountiful gardens.

‘A pyramid of fruits.  I’ve rigged the garden walls up with hot flues to keep the cold out. Try one,’ he coaxed.’  He sliced an orange that fell apart like a miniature ten-rayed sun.  The fruit was sweet with a tart end note that fizzed on her tongue. She felt a stab of annoyance.

He reddened at her faint praise. ‘Glad you like them, Whitaker.’  Taking a step

closer he placed his calloused fingers on the basket alongside her own.  Lizzie snatched her hand away, her face hot from more than the kitchen fire.

That night Lizzie sat alone, poring over the notes ‘To Make a Figure in Sugar’ from her days at the confectioner’s workshop in York. She set sugar and water over the fire and once it had turned to liquid gold, added gum dissolved in rosewater and then kneaded the resulting paste.  Next, she modelled her castaway, passing into the stillness that descended when eyes, mind and hands worked as one.  Her Mam had always had a fondness for clay figures and love charms.   She claimed she’d snared Lizzie’s Pa by making a tiny doll and tying a hair from his head around its neck.   Slowly Lizzie’s castaway took form; a tiny man with strong legs and wide trench-digger’s shoulders.  No, no. Surely she couldn’t have a hankering for that clod of a gardener?

A knock sounded at the door and John sheepishly came inside. He cleared his throat and wouldn’t meet her eyes.   ‘I cannot sleep, so I’ll say what’s on me mind.  When this feast is done I should like you to walk out with me.’

Goodness. She couldn’t help but glance at the tiny green-eyed figure that had summoned him.

‘Yet, when I look on all you can do.’  He was staring gloomily at the sugarpaste figure, entirely blind to its resemblance to himself.

She nodded briskly in agreement, for marriage would bring immediate dismissal from both of their well-paid positions.  Then she flapped him away, flummoxed at what on earth she might say in reply.

The Great Hall glittered in a blaze of silver-stemmed candlelight.   The walnut table held porcelain brimming with yellow-crusted pies, a haunch of venison, ducks and partridges, flower garnished salads and pouting oysters.  Lizzie directed the footmen as they inched forward, carrying her desert island on a vast wooden board.  On the island’s peak stood her Robinson Crusoe, the solitary monarch of her sugar island.

Just then she caught her first glimpse of John’s fruit pyramid on the table.  Lilac-bloomed plums and Portugal oranges were draped with emerald Frontiniac grapes, all of it swagged with curling vine leaves At the summit stood a tiny figurine wearing a crown of bride’s orange blossom.

Lizzie had barely a moment to comprehend that this tiny bride was a partner to her own castaway before her shoe caught against the carpet edge.  Her flailing arm knocked into the board and the huge dessert shuddered, then slid and tumbled down onto the floor.  Lizzie fell too, in an unseemly heap beside it. Her desert island was ruined.

John leapt to her side. ‘My dear, are you hurt?’

She whimpered, then found her legs were sore but not broken. ‘Only my

pride.’ She blinked back tears. And then, from nowhere, a bubble of laughter burst up from her throat at the landslide of jelly and cream she had created.

‘John,’ she chuckled.  ‘I surrender. Perhaps this year you must be winner.’

That night, when the couple ambled arm in arm along the Furlong Walk, the stars danced above the groves of Arley.  In no time at all it had been settled to Lizzie’s satisfaction.   She learned that John’s family had a market garden at a place happily named Paradise in Manchester that would employ him while they founded their business.  Their combined wages due would pay for a deposit on a shop.  Lizzie was soon whipping up larger schemes.

‘It’s a thriving place then, Manchester?’ she asked.

‘Full of business.  Hundreds are setting up trade to use the new canal. Textile manufacturers, cotton merchants, all fleeing there like flies to a honey pot.’

‘Well, all these hands and brains need victuals to feed them. And once they grow rich, even finer victuals to impress their neighbours.  I should like to have a go at a venture, John.  To write for gold what I’ve always written for duty.’

‘My cooking methods. I have upwards of eight hundred receipts that might be printed and published. Oh, John, I see it now.  I could sell my cookery book by subscription and each of my readers would have a volume in their own kitchen.  What a blockhead I am for never seeing it before!’

Now Lizzie dipped her quill to write the first recipe of what would become Britain’s bestselling kitchen bible, The Experienced English Housekeeper.

‘To Make A Desert Island.’  She described the making, the moulding, the colouring.  Then the decoration of edible fish, the cave and castway.  Lizzie again conjured John’s green eyes when she had accepted his hand in marriage.

‘It is a pretty dish for a grand table,’ she wrote with a secret smile, ‘or even a nuptial feast.  Only for a wedding set two crowned figures on the island’s peak instead of one.’ 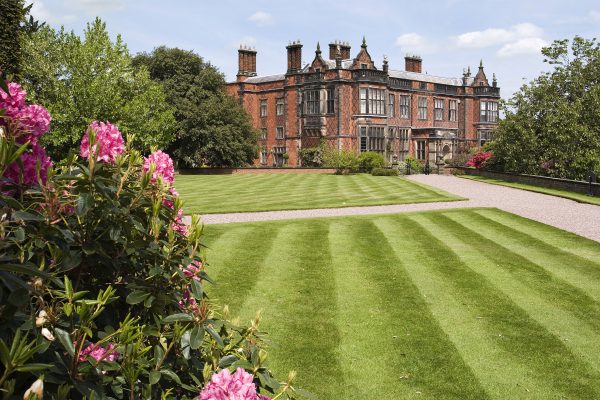