‘The Memoirs of Cecilia d’Arcy’, by Barbara Holroyd 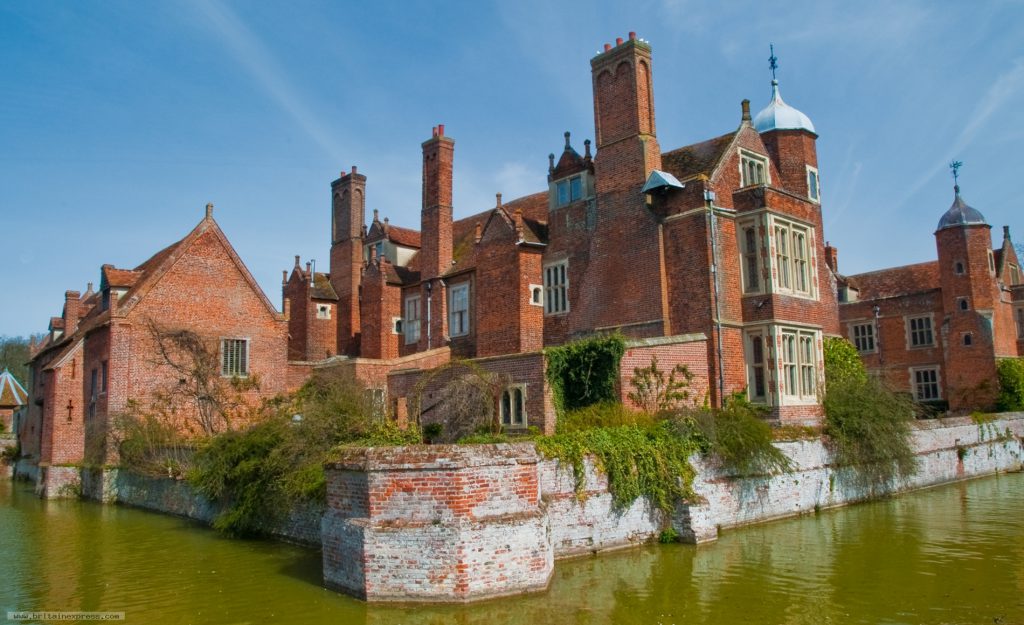 I was saved by three men.

Quercus Oak, Tudor Ruff and Vine Weevil were not their God given names but bestowed on them from their character and their labours.

I, Cecilia D’ewes which was my God given name until I married and became Cecilia D’arcy inherited my beloved home of Kentwell on the death of my father.  My father and mother were blessed in having a love match although she was little more than a child when they married and died of Smallpox aged 29.  As the only surviving child of seven I was much cherished.  My father said I was ‘a great comfort to us.’  He affectionately remarked that I was all curls and bounce with a fiercesome temper.  A lively unbridled girl.  He married again but died when I was just 17.  I was an orphan.  Not an unexpected occurrence.

I did as young ladies did whilst still residing at Stowlangtoft Hall with my half brother and stepmother.  I persisted with needlework albeit grudgingly with much finger pricking and minced oaths.  The front of my stumpwork was as disordered as the back.  Although named for my paternal grandmother and Cecilia the patron Saint of music I had no ear for music.  The peacocks screeching could hold a tune better than I.  My lack of feminine skills were unmatched throughout Suffolk.

My pleasures were writing stories for my half brother, Willoughby, wandering through the meadows studying flowers and creatures and trying to be demure whilst waiting to be married.

I hoped for a match as happy and loving as that of my parents. I was comely and liked colourful gowns but cared not for the frizzing and fiddling required of my hair for the french fashion.

Escaping to Kentwell as often as I could I delighted in reacquainting myself with the mellow brick and timbers of my home and the welcoming turrets. It sat securely surrounded by its moat embraced by its woods and arable fields.  A truly happy place.  It had a calming effect on my choleric nature.

My mother had been but 13 when she wed. I was 24 when I married Thomas. He was a good man, concerned for the spiritual needs and welfare of others. In that we were as one however I was drawn to the healing bestowed by the natural world rather than religious earnestness.  My Thomas was a Puritan born and bred and a Lawyer but oh! how his morality, and black and white nature in both his opinions and clothing wore me down. He wished to temper my natural spirits and for me to dress in a sober fashion.  Plainness in all things.  I chafed. I wished he would unbend.  It was at this time that I spoke with the first of the three men who added colour to my life.  Quercus Oak.  A forthright Suffolk man with a gentle wife and 3 sons.  He oversaw the woodlands, coppicing, planting and felling hence his name.  Quercus was generous of heart.  He had a vision for enhancing the setting of the Hall.

In truth, trees were entwined in his soul.  He entranced me with his knowledge and fervour of trees.  Quercus suggested an avenue of limes leading to the Hall.  He described magnificent Cedar of Lebanon trees to stand as sentinels close to the house.  To my surprise, Thomas agreed.  Perhaps because Cedar of Lebanon has several mentions in the Bible. It could also be the industry involved and work for countryfolk and for me his spirited wife.  As I mentioned he was a good man.

Strengthened by this agreement to planting.  Quercus  suggested that some of the arable land close to the house could be used productively for fruit and nuts. You see, he had the measure of Thomas.  To sow the suggestion of produce rather than pure ornamentation melded well with his beliefs.  Quercus had worked alongside the renowned botanist and gardener – a Suffolk man, John Tradescent.  Inspired by  Tradescant we planted medlar and mulberry, quinces and apples, pears, damsons, cobnuts and  walnut.  In truth, all manner of good fruits.  I scraped my hair back under a plain white cap and dug and planted and staked and labelled and felt joyous.  That pleased Thomas.

Thomas was not one for displays of excess however to encourage my housewifely chores he gave me two books and could not have made a better choice.  I was full of gladness and expressed my appreciation to him in a wifely way.

The Country housewifes garden and A new orchard and garden were wondrous books. They covered the growing of herbs and seeds, the husbandry of Bees and knots for the garden. I devoured every word.

The second man who came into my life and enriched it was Tudor Ruff.  So called because of his flamboyant nature and penchant for wearing stiff lace collars.  Tudor was a deviser of  knot gardens and the new fashion for topiary.   I worried that Thomas would eschew him, however as his horticultural expertise kept me happy and industrious he tolerated his foppish charms.  Where once I would have had to wheedle and cajole to achieve my wishes, Thomas had moderated his views.  I thus endeavoured to marry beauty with usefulness.  Tudor designed knots of lavender to supply the bees with nectar and honey, delicious and medicinal.  Thomas was happy.  Tudor introduced me to colour and fragrance, flowers that were pretty, flowers that were useful for remedies and dyeing and flowers that were both.  I grew from seeds, heartsease, calendula, poppies, love in a mist.  Rosemary, sages, thymes and all manner of herbs. Rosa Mundi and the apothecary’s rose delighted me with their rich perfumes.  I was happy. Tudor planted Yew to shape into fanciful animals.  With all this new planting it was necessary that I had good husbandry to nurture and manage diseases and pests.  Thus the third of my enlighteners arrived.

Tudor introduced Vine Weevil to Kentwell.   Assuredly I refer to the man not the insect. Named for his long nose in common with the weevil’s snout, he dressed shabbily in dark clothes and lived humbly travelling from country house to country house much as a Doctor with his bag of remedies. Weevil was knowledgeable about the horrid grub and  about all manner of disease and infestation and companion planting to deter particular insects.  Thomas spent a lot of time in his company.  The nature of disease and remedy fascinated him and the humility of Weevil was a balm to his soul.

We were content.  The grounds and gardens of my beloved home were burgeoning in life and harmony as was our marriage.  It was the making of us.

I too blossomed with life but quickly withered.  Our only child, a daughter died in infancy.  What great sorrow we endured.  Our garden healed me, providing a purpose for us both. I cherish a drawing of how it will look with the trees full grown.  I can imagine it.  I pray it will continue when we are gone. 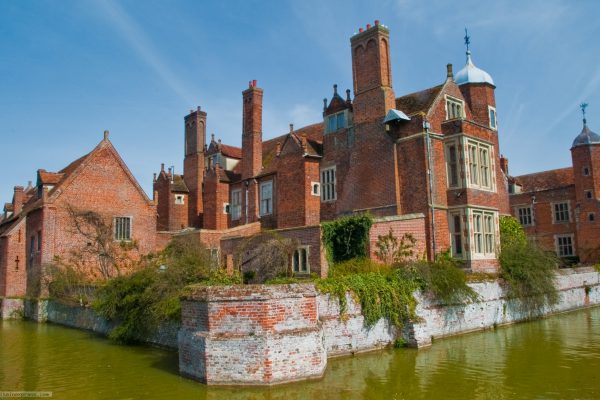