‘The Legend of Chillington Hall’, by Richard Lakin 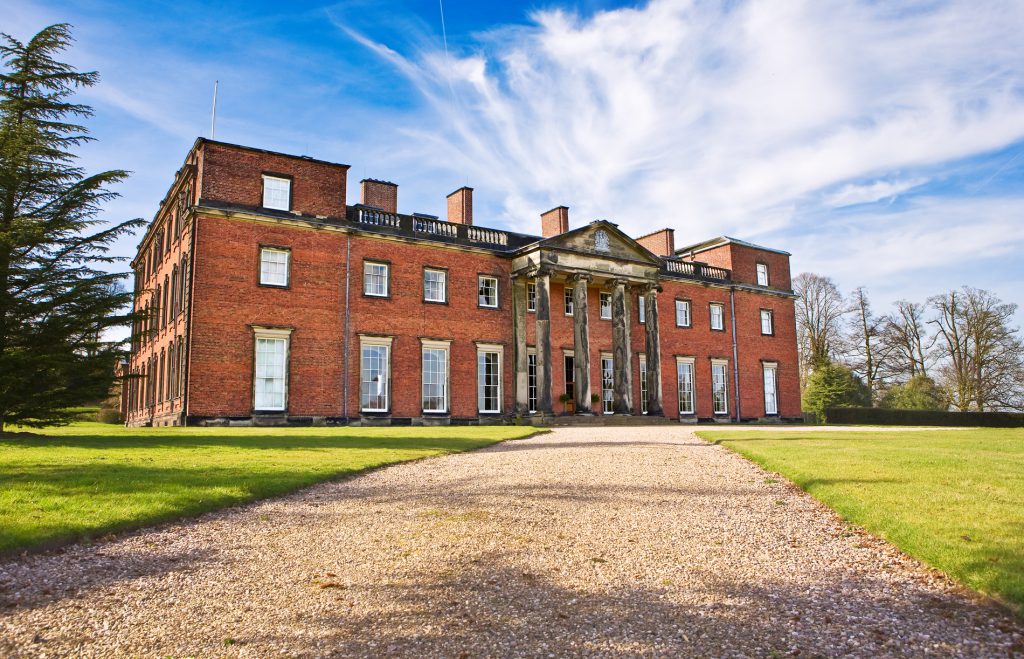 I know what I saw. And I knew I’d be ridiculed for sharing it. But I’ll tell you what happened that day and you can decide for yourself…

It was a bone numbingly cold November afternoon. We’d had a hard frost and were set for many more. It was only a little after three and the light was fading fast. We’d had Freya for the day and as she was doing all about Henry the Eighth and his wives, I thought I’d take her to a very old house so she could learn how those folks lived.

It turns out I was a bit off with my dates, as Chillington Hall was built much later, but the family had been around these parts for donkey’s years, so it was no matter. Freya loved the Morning Room and the paintings in The Grand Saloon. We were heading home for tea and biscuits and singing that song about Henry the Eighth when something black darted across the driveway. A cat? I slammed on the brakes, panicking I’d hit it. ‘Hold on luv,’ I said. I got out and foolishly I went to have a look.

Beyond the entrance to the lane there was a rustling in the undergrowth, and I froze. My heart pounded. And then I saw it. It slinked along, black as jet, graceful and catlike, but with huge powerful legs and paws. I didn’t move, not even an eyelid. I didn’t dare take a breath. The panther turned to look at me, perhaps just ten yards away. Its stare fixed me. And then it pounced. I’m not ashamed to say I couldn’t even scream. I raised an arm in hopeless defence as the beast launched itself at me, claws extended, and teeth bared. Then something odd happened. There was a howl as if it had been wounded. When I dared to open my eyes, it had gone. I wasn’t going to rustle through bushes for it. I got in the car, locked all the doors and took off. ‘Are you OK, granddad?’ Freya said.

Now, I wasn’t going to tell a soul other than Jean, but she got me to speak to Andy who’s three doors down and studying journalism. ‘You’d be doing the kid a favour,’ she said. I thought it’d be a load of nothing, a laugh, and then he went and splashed it all over the evening paper. I KNOW WHAT I SAW was the headline. The article went on to say the black apparition had given me ‘paws for thought.’

Well, I knew what I was in for, but we have a Friday night ritual of a few jars at the Four Crosses. I wasn’t even through the door when it started. The newspaper article was pinned to the dartboard. ‘Here’s the great fearless hunter,’ Bob said. I ordered a round and was told to watch out for ‘sasquatch hiding in the snug’ or ‘Bigfoot in the bogs.’ They were only messing but I wasn’t sorry when they took the newspaper down so they could play darts. I took my pint and sat at the fireside, tuning out from the jokes they were still making.

‘Mind if I take a pew?’ A bearded fella in a duffel coat stood there, smiling.

‘It’s a free country,’ I said, wondering why he wanted to sit at my table when there were other stools free.

‘I shouldn’t worry. You’re not the first to see it.’

He offered a hand and introduced himself. Simon. He was a lecturer at the college, but his thing was ghost stories, folklore. ‘Did you learn much about the family?’

He corrected my pronunciation, swapping the G for a J sound. Must try harder, I thought.

‘Did you hear about the legend?’

I stared at him blankly. I’d failed the test from Freya too.

‘No matter. The thing is the family kept a menagerie of wild animals, years back, Henry the Eighth’s time it would’ve been.’

I glanced through to where Bob and Malc where starting a new game of darts. Bob gave me a quizzical ‘who’s your mate’ look.

Simon continued. ‘This is where your sighting comes in. A panther got out and he was about to pounce on a woman and her child when Sir John saw and drew back his crossbow. His son shouted: ‘take breath, pull strong’ and that focused Sir John, so he didn’t miss. He made the shot. Took the panther out. And those words became the family motto.’

I offered him a drink. At last someone who wasn’t poking fun. ‘I’m surprised the newspaper hadn’t heard of that story.’

‘Deadlines and all that. They didn’t check.’

I gestured to the bar.

‘Got to be on my way,’ he said. ‘Good to meet you.’ He stopped in the doorway, buttoning up his coat. ‘There’s a cross at the spot,’ he said. ‘Where it happened.’ He told me the name of his website.

Later, as I got ready for bed, Jean handed me her tablet. I don’t know why I hadn’t thought of it before. She’d found his piece, which was titled The Legend of Chillington Hall.

She picked at a fingernail. ‘Maybe you read it or heard it somewhere else before and it was playing on your mind.’

‘You think I was seeing things. Thank you very much.’

‘It’s a story luv. Panthers live in the rainforest, not near Wolverhampton.’

Jean turned over and flicked off the reading lamp.

And that was it, my story dismissed to ‘seeing things’ until I chanced to eavesdrop upon a conversation that made the hairs on my neck stand on end. It must’ve been months later, and I was sitting at the motorway services. I’d stopped for coffee to keep my eyes from closing. A trucker was tucking into an all-day breakfast, his phone on speaker beside his greasy plate.

‘As sure as I’m sitting here, Pat. Scared me pants off it did.’

He gave the name of the road, remembering it as a few miles out of Wolverhampton. Out in the sticks in Staffordshire. That got me listening.

I sipped my coffee.

‘Weirdest thing was I stopped and there was no sign of him and then….’ He speared another hash brown and noticed me watching. I fiddled with my phone, hoping he’d not think I was eavesdropping. He lowered his voice, but I still caught his words.

‘And then this fella, who’s in fancy dress, like he’s in some Shakespeare play, comes out of the hedge and he’s holding a crossbow. I got out of there sharpish, I can tell you.’ 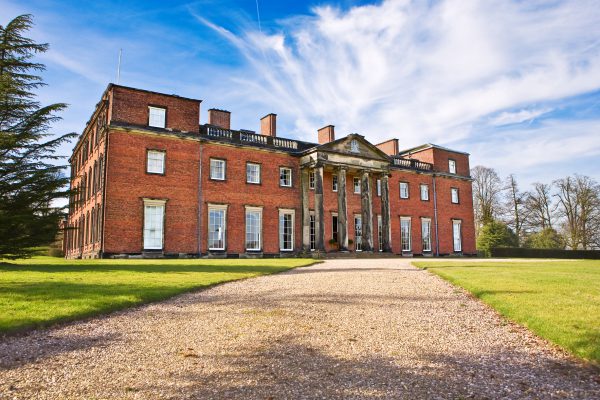