‘The Lake’, by Leonard Edes 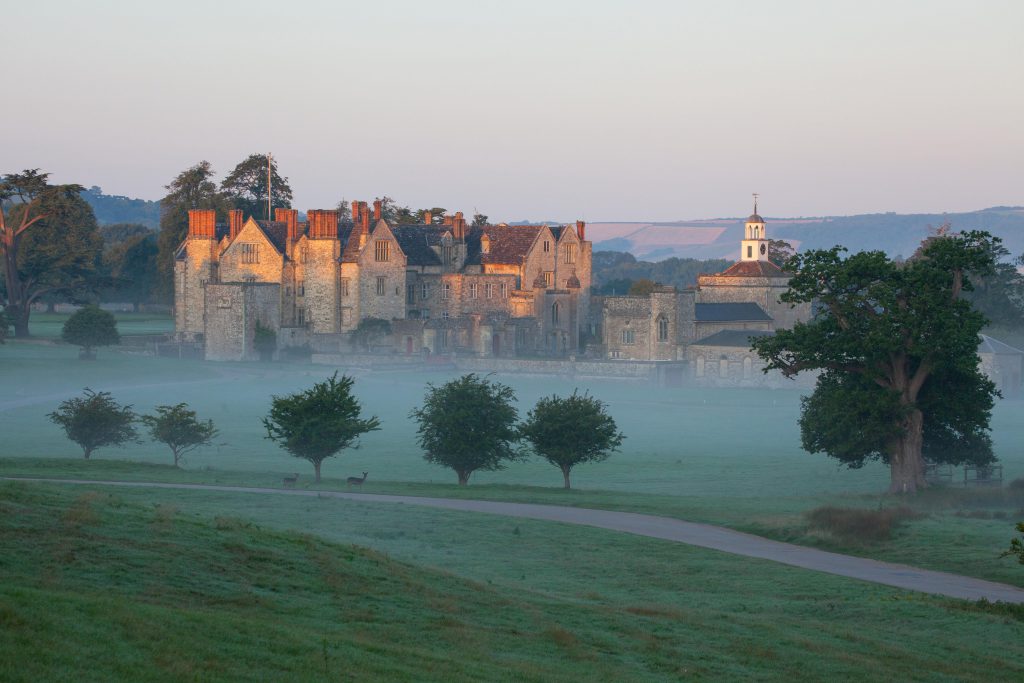 Stuart nursed a bottle of Cola between his lips as he stared across the lake in Parham Park, where he and  Ben (a fellow groundskeeper) were fishing. They had both spent most of the day providing the finishing touches to the Walled Garden ready for the first opening day of the season: hundreds of bulbs had been planted, and already the early bulbs were flowering; it wouldn’t be long before the tulips provided a spectacular riot of colour. Later, the purple spikes of lupins and tricolour of red, white and yellow roses would give the final flourish as visitor season came to an end. It was hard work keeping the four-acre garden looking at its best, but the effort was worth it.

Now, as the sun was getting low in the sky and casting long shadows of its own across the still water, the two men were enjoying a well-deserved evening fishing.

The small church of St Peter stood about 200 yards to their north, standing eternal guard over its portion of the Park, and about another 130 yards beyond was the House itself – a spectacular example of Elizabethan architecture.

Occasionally, a fallow deer could be seen striding gracefully between trees in the distance, giving a cautious glance at the men before continuing about its business.

“Did you know,” Stuart finally pondered, “that this lake is s’posed to be haunted?”

“Really?” Ben replied, with a sceptical tone to his voice.

“Uh-hmm, apparently so. Something to do with smugglers.”

Ben didn’t answer; he was certain that the small float on the end of his line bobbed slightly and sent a ripple skating across the water. Stuart had caught two tench this evening, but all Ben had got was one lost hook and a small branch from the trees behind.

“Sandra told me about it once. You know Sandra? The archivist?”

Ben nodded, eyes still fixed on his float which hadn’t moved since.

“She took me on a tour of the House the other year when I asked about the history of the place. Anyway, we were in the Long Gallery and…have you ever been in the House?”

“A couple of times,” Ben replied. “Took the kids on one of the open days last season. Beautiful place —” His voice trailed off as his float moved again.

“Certainly is. So, Sandra and I were in the Long Gallery and she was showing me the tapestries and telling me about the ceiling and how all 160 feet of it was hand painted by Oliver Messel. Anyways, we went to one of the windows so she could point out the church where many of the House’s former owners are buried. I spotted the lake sparkling in the sunshine in the distance and that’s when she told me the story of the ghost.”

The sun was getting lower in the western sky behind them, and a deep red hue was reflecting on the dark waters of the lake. Ben’s float hadn’t moved al all in the last few minutes and he was losing patience. The sun would set soon and it would be too dark to continue.

He grunted a noise signalling an interest in what Stuart was saying; a ghost story would definitely be more interesting than spending the next half-hour watching his float sit idly on the smooth water.

“The story goes,” Stuart continued, “that in seventeen-ninety-odd a man – Hawkins was his name – stole something from some smugglers down at Slindon. Well, he was accused of stealing, but he denied it.” Stuart took another swig from his bottle. “Only thing is, these weren’t no run-of-the-mill smugglers. They were the Hawkhurst Gang. A rough lot you wouldn’t want to get on the wrong side of.

“Anyway, Hawkins got a knock at the door one night and was taken to his local pub where the Gang held a court. Truth was they’d already decided Old Hawkins was guilty, but he wouldn’t admit it. So, they decided they was gonna force it out of him, and roughed him up a bit. Quite a lot, actually.

“People were telling him to confess, but he refused, kept on yelling that he was innocent. But, these smugglers were a persistent bunch and when Hawkins muttered the name of his father and brother, some of them went out hunting for ’em.

“So, a couple of hours pass and Hawkins was still getting what for, only things went too far and he died. The smugglers started to panic and didn’t know what to do. By now the father and brother had been found and brought to the pub.

“The panic grew and they argued about what to do. In those days if a smuggler was caught, chances are he’d rot in some damp prison cell. But, if they’d kill someone then they were likely to pay a one-way visit to the gallows. Them, and everyone they was with.”

Ben’s eyes widened. Normally, such tales wouldn’t bother him, but the light was fading and the dark does funny things to a man. “What happened?” he asked, knowing full well that it would involve the lake they were sitting at.

“They decided,” Stuart continued, “that the best thing to do was to send the father and brother on their way on the understanding that they never speak a word of what happened, if you get my drift?”

Ben nodded in the affirmative: “keep shtum, or else.”

Stuart signalled his agreement. “The smugglers waited until it got dark and then got some horses from the stables. They tied Hawkins to one and then they rode as far as they could.

“They ended up about twelve miles away and when they couldn’t go no further, they looked for a place to hide the body. As it happened, they ended up beside this very lake.”

Ben tried to disguise a nervous gulp without much success before peering round across the lake. The red light of the sun had no turned to a dark orange, making the water appear almost black. Ben was sure he heard a rustling in the trees behind; probably just a bird.

Stuart proceeded: “they unloaded poor old Hawkins and hunted round for some rocks before dropping him into the lake. And that was that.

“Eventually, many years later, the lake needed draining and at the bottom they found some bones. It was Hawkins.

“Sandra said they removed the bones and gave them a decent burial, but it’s said his ghost still haunts the lake waiting for the murderous smugglers to return.”

At that moment Ben’s reel screamed a sudden high-pitched squeal, dragging the float underwater and making Ben jump out of his skin.

Stuart let out an almighty laugh, almost causing his camping chair to tip over backwards. “Looks like I got you hook, line and sinker!” he cried.

Ben’s heart still pounded fiercely as he reeled in a two-pound tench. Stuart, still chuckling, took a final swig of the Cola he had been nursing all evening, a large grin etched smugly on his face. 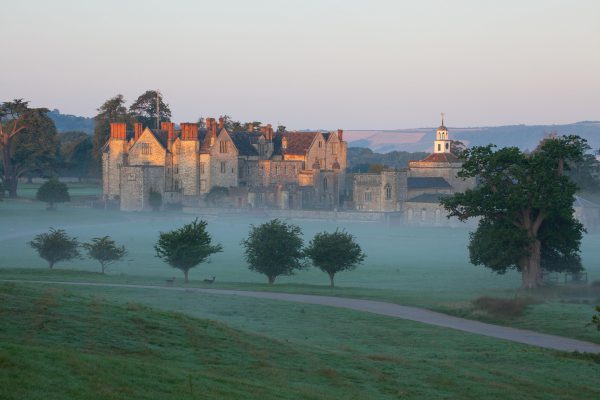