‘The Ghost of Norton Conyers’, by Sheila Merriman

‘Being dead is boring. Dead boring.’ Jane muttered as she drifted through the wall and sank onto the sofa next to Lady Graham. ‘What’s she watching on telly? Owt interesting?’ Gazing at the screen, Jane decided she really didn’t want to watch a documentary on museums so she turned to look at her companion. ‘Oh good, fast asleep. Let’s see if I can change the channel. Mebbe Love Island’s on. Though why they want to run around in next to nothing beats me. In my day, we didn’t even have undergarments.’

In just over four hundred years Jane had got better at moving things. At first, she’d wanted people to know she was there and to talk to her. But, mostly only children could see her. And nobody believed them when they said they’d ‘seen a ghost’. Some people said they could feel ‘something cold in the air’ when Jane was near. But before central heating, the house was so cold that it was always reckoned it was just a draughty door or window.

‘Better check what his lordship is up to before I interfere,’ Jane murmured on her way to the library where Sir James was, as usual, engrossed with books and death watch beetle. ‘Nasty old things, them beetles’ she thought as she leant over his shoulder. ‘I should’ve paid more attention to ‘em when I heard ‘em tapping. Should’ve known they was tapping for me.’

It was a warm day in 1633 when Norton Conyers was in a flurry preparing for King Charles’s visit. His bedroom had been swept and polished until it gleamed. Jane was just bending down to check there was a piss pot under the bed when old Samuel grabbed her from behind. She could smell the sweat and dung on him even before his whiskers rasped her neck.

‘Get off, you dirty bugger,’ she’d yelled as he’d clamped his calloused hand over her mouth.

‘You was asking for it, Jane Aire’ he’d grunted. ‘I saw as how you’d laced your bodice. Criss cross it were. Not strait-laced.’

It was true she’d been ‘asking for it’ but it was Diccon she’d fancied. Diccon with his smooth skin smelling of bread and buns. Sweet sixteen she was and never been had. Diccon was going to be her first. And if he put a bun in her oven, then they’d be wed. So, yes, she’d relaced her bodice and paraded in the kitchen but it didn’t mean she’d wanted this mucky old man!

She fought like a wild animal. Only to have her head twisted so sharply backwards that it broke her neck. A fearsome cracking sound boomed through her skull and she found herself floating near the ceiling. Confused, she watched Samuel shove her body under the bed as the mistress called her name, shoes slapping noisily up the stairs.

‘What are you doing up here, Samuel? And where’s that lazy Jane?’

‘Dunno where she be, mistress. Room were empty when I brung in them logs and kindling.’

Utterly perplexed, Jane tried shouting at them. But they didn’t hear her. She hung around the bedroom all day. At dusk, she smelt Samuel’s return before she saw him. She dreaded what he might do to her this time. It was almost a relief to see him drag her body from under the bed, to the loose floorboard in the corner and squash her between the joists, before firmly replacing the oak board, sealing her in, then sneaking away.

During that first, interminable, night Jane came to realise that she was well and truly dead. She’d tried to hide when the King came into the room and found she just faded into the wall. Curiosity kept her around while servants fussed around undressing him and putting him to bed. In the morning, still in his nightshirt, he limped to the door and shouted that the room stank. ‘Like r-r-rotten m-m-meat’ he yelled. Jane wondered if he’d have the floorboards ripped up and find her body decomposing in the heat. But the mistress ordered fresh herbs to be strewn on the floor and the windows to be opened wide.

That one night became years. For more than four centuries she’d wandered the house, through walls and doors as if they weren’t there. There’d been Grahams there almost all the time. She hadn’t liked the usurpers so she’d worked hard on annoying them by slamming doors, tipping over drinks and moving things. They soon left.

Somewhere between King Charles coming and the Grahams going, there’d been buckets of money chucked at the house. And the garden. She’d liked watching the rippling, sunkissed, muscles of the lads working outdoors. After all, she were only sixteen, and never bin ‘ad.

But all that building work in the house seemed haphazard. Staircases and passages twisted like bindweed. Visitors were always getting lost. There was that one woman, mebbe a hundred years ago, who’d behaved like she could see Jane. What were her name? Charlotte summat. Anyhow, she’d followed Jane through the secret door and up to the attic. Told the family she’d write a story about a ghost upstairs. Bronte, that were it. Charlotte Bronte. Wonder what happened to her? ‘High time someone else noticed me,’ thought Jane.

The next day she was astounded to find a skinny chap in the King’s bedroom. Not bad looking. About her age. Mebbe a couple of years older. She listened as Sir James explained to him that he wanted the lad, Richard, to wriggle down between the joists and sweep out the dead beetles and dust.

She eavesdropped on the lunchtime discussion between Sir James and her ladyship. They were worried about Richard’s honesty. Seemed he’d stolen food and was working for the Grahams instead of going to prison. Seemed like a soft option to Jane. In her day, they’d’ve hung him.

Each morning Jane would wait for Richard. She’d try to get him to notice her. After the first day, when his clothes had got covered with dust, he stripped down to what wouldn’t have looked out of place on Love Island. She’d slide her body against his, murmur sweet nothings in his ear, and try to kiss him. She could see summat was working on ‘im. But he couldn’t see her. Until the day he reached the corner where her body had rotted to bare bones.

She’d waited for him. She lay right in line with her skeleton. The light from his head torch got closer and closer. Excitement coursed through her as she wrapped her arms around his neck and whispered ‘Come to me my Diccon. I’ve waited for you. Come ‘ere my lad.’

What Richard saw and felt will never be told for the shock killed him. As his ghost left his newly-dead body, Jane swiftly transported his clothes deep into the void beneath the floor and followed him up through the bedroom ceiling.

‘Richard’s done a lovely job clearing out the debris in the King’s bedroom,’ Sir James said at supper time. ‘But strange that he didn’t stop to say goodbye.’ 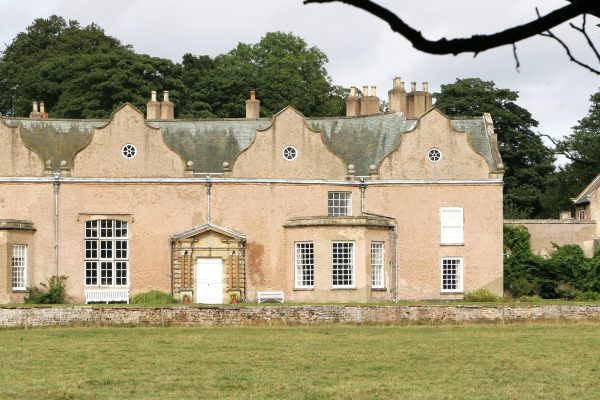