‘The Ghost of Mary Arnott’, by Mag Feeney 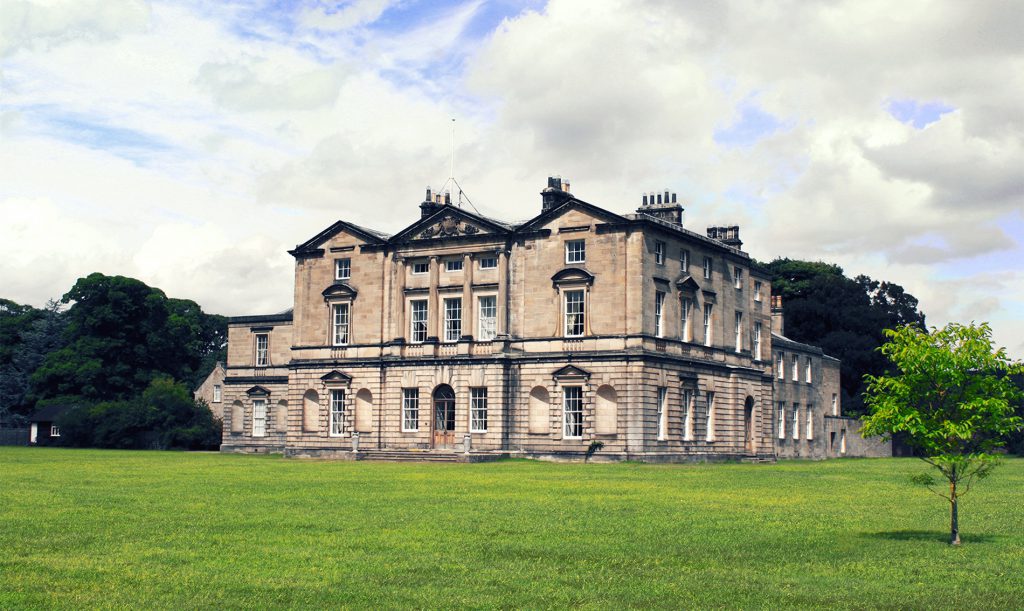 It was difficult to see clearly, for the rain was lashing down in torrents, making it almost impossible to discern the shadowy form of an unusually tall figure, clutching something in its arms. On drawing nearer I perceived a woman balancing on top of a wide gravestone, the water raging at her feet, and for a moment I paused, gasping in terror, fearful that it was a corpse risen from the ground beneath.

To this day I ask myself; had I not hesitated, would I have been able to change the dreadful events that were about to unfold?

I will never be sure if she called out in despair or if it was the storm which I next heard, but nonetheless I was too late to do anything other than to watch helplessly as she lowered the  object into the turbulent water, where it was swept rapidly towards the swollen river.

It was November 1771 at the historic village of Bywell in the Tyne valley, where it had been raining incessantly since the previous day, almost as though the heavens were spewing forth some malevolent punishment onto its unsuspecting inhabitants. Indeed, the events on this day would change their lives forever.

My master, Mister Elliot, had purchased a valuable mare from William Fenwick, the owner of Bywell Hall and I had accompanied him as his groom. Standing close to Bywell’s  ancient twin churches it was an imposing stone mansion, resting in beautiful grounds and had looked as though nothing untoward might ever befall it but next morning, its elegant rooms were submerged in several feet of muddied water. Servants waded round frantically, attempting to rescue some of the precious objects decorating the rooms and I noticed that some of Mister Fenwick’s collection of Chinese porcelain and Venetian enamelware, was floating in the rapidly rising water.

But my responsibility was the safety of the horses, particularly my master’s new mare. It was decided to lead them to refuge in the White Church nearby but as we struggled through the rising water, a most ghastly scene met our eyes.

We stared in amazement as many of the good folk of Bywell were swept into deeper floodstreams, crying out in terror, thrashing about amidst strange floating forms reminiscent of the Hall’s precious ornaments. Then, shuddering in horror, I realized that these shapes were, in fact, opened coffins and bloated corpses, exhumed from the nearby graveyard in various stages of decay. I swear now that I will never be free of the sight of the living and the dead, mingling indiscriminately in that fearful torrent!

Finally reaching the White Church, we managed to tether the horses to the altar rail, leaving them to their fate in this Noah’s Ark sanctuary where we later learned that most of them had survived by clinging on with their teeth. My charge was found balancing on the very top of the altar, whinnying out the strangest sermon of deliverance ever preached there no doubt.

On turning back to the village, some compulsion caused me to wade up to the Black Church where I became aware of the presence in the graveyard. Thus I spied that dreadful spectre; the woman who was to cause so much anguish in my life thereafter.

I called to her again and, half swimming, seized her as she was about to jump. As I cradled her in my arms she looked up at me with a most pitiful expression, and in a voice whipped away by wind, storm and exhaustion, whispered,

“If only he had stayed away from Bywell Hall things would have been so different. But then I would never have known her, not even for those few precious hours.”

These were her first words to me after she regained consciousness but by this time I already knew some of her tragic story.

On returning to Bywell Hall I had been met with a most chaotic scene as rescued villagers were brought in, many deeply concerned about missing family members. It was only the next day that the full extent of the damage became apparent for the Hall was inundated in eight foot of water and its gardens severely damaged. The Black Church wall had collapsed and many animals had perished. But far worse, six people had died and ten homes had been destroyed.

The young woman was laid in the Hall’s servant’s quarters in a very weakened state. Martha McCaverty, another housemaid, tutted sympathetically;

“Poor Mary Arnott! She was badly done to. We knew she was with child but we daren’t mention it.”

During this period, I felt compelled to visit her, feeling both dutiful and strangely attracted to her. Her hair, falling in curls around her shoulders was a deep auburn, her appearance made all the more striking by her unusually vivid, green eyes. Barely able to speak, she hesitantly recounted her sad tale;

Eight months ago, she had been accosted by a young visitor who had ravished her, leaving her with child. Somehow she had managed to conceal her pregnant state until several days ago. I listened quietly as she continued with her story;

“I took a doll’s cradle from the Hall’s nursery to the graveyard. Twas there I  gave birth, biting the cord with my teeth…a girl…. I carried her into the church and there we sheltered until the rain stopped. To hush her, I placed her to my breast and we rested through the night….The water was rushing up.. I had to decide! …We would be homeless and surely starve if I kept her but perhaps, she might live if I let her go… I swaddled her tightly, laying her in the cradle, thence to the river where she might be swept elsewhere… You stopped me following, and without her my life is worthless!”

It is terrible to recall the grief and guilt I felt, as reaching for my hand, she murmured;

“I beg you Sir! Please tell no one of this! Pray that if I pass away I may be united with her in Heaven”

She died the following morning.

You may think my story has ended. Not so.

Haunted by what had happened, I vowed never to lay eyes on Bywell again but twenty years later, a sense of duty obliged me to return to attend the wedding of a close friend. Now the sun was shining as I rode past the grounds of Bywell Hall, once again restored to their former glory.

Later, wandering slowly through the graveyard, reflecting on past events, I turned to look once more at the river. That is when I saw her. She was staring directly at me with those same piercing green eyes and auburn hair, a faint smile on her face, looking no different after all those years.

Frozen in disbelief, I gazed once more into the face of Mary Arnott.

Based on real events of the Great Flood of 1771 at Bywell Hall. The two main characters are fictional. The baby survived. 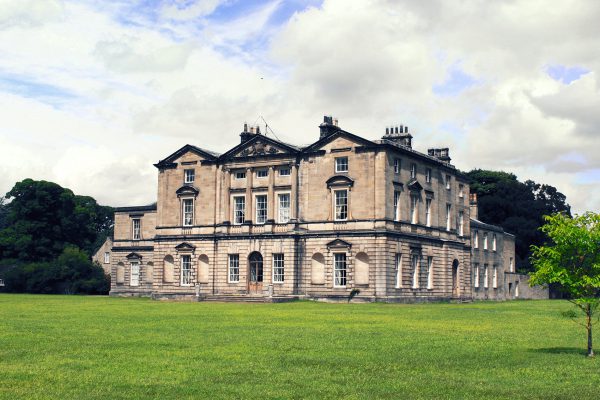