‘The Ballroom’, by Lorna Fraser

‘…and no fraternising with the patients, missy. You’re simply here to support recuperation and ensure all the necessities are met, so that the men may return to active service. Is that clear?’

I’m quite entranced and appalled by her skinny legs. They poke out from the starched white apron of her uniform like sticks of liquorice.  They mind me of the sherbet dips in a twist of sugar paper that Frank and I used to get with the ha’penny that Pa gave us on Saturdays.

‘You will follow carefully what Miss McCleary does until I deem you ready to take on tasks for yourself. Hurry on then, girl.’

My Heavens, she’s fierce. Am I supposed to curtsey? No, she isn’t the mistress of the house. Her domain is the ward, her little office and the makeshift kitchen where our cook prepares meals for patients and staff.

Matron turns her attention to the notes hooked at the end of a nearby bed. It has no patient in it. He is probably amongst that group at the table nearest the fireplace.

I have no idea who Miss McCleary is. She must be a VAD too. Otherwise, Matron would have given her the proper title of Nurse.

Several women are bustling around engrossed in their tasks of ward housework or assisting with patients.  Like me, they’re wearing blue dresses and starched white aprons with that red cross of hope on our breasts.

A warm shiver of pride snakes up my spine. I wonder if Frank got my last letter?

I wrote him three pages about my fortnight’s training at the Infirmary in Edinburgh. I didn’t say anything about how scared I was going into the wards of that place. How the smell of disinfectant caught my throat and the odour of blood made me almost sick. I kept telling myself that Frank and all our men in France have it much worse.

‘You girl, give me a hand to change this,’ says a voice sharp as the finger which pokes my side, ‘Johnny’s only gone and soiled it again, the bugger.’

The VAD points to a rumpled-up bed. The patient is sitting on a wooden chair next to the scene of his shame, his head bowed low, feet tapping a frantic rhythm on the boards. As I come close, I can smell the stink of human waste. Peeing is bad enough but how awful for a grown man to do that and in the middle of a morning too.

The practice of proper bed-making comes back, as I go to one corner of the mattress to flip out the sheets. My partner does the same at her end. She bundles up the linen, pushes it towards me.

‘New girl gets the job of taking that to the sluice. I’m Ness McCleary. What’s your name, doll?’

‘Margaret Gordon. But I usually get called Meg. It’s my first day.’

‘Don’t look so feart! I’ll show you the ropes. Get rid of them sheets, bring back a fresh pair of jammies. We’ll get Johnny here all sorted out, won’t we my lad.’

To my surprise she reaches down and strokes the man’s stubbled cheek. He grasps her hand, presses it hard against his face. A tear rolls down and over her fingers but the light in his eyes is missing. He doesn’t seem much older than Frank. Why should he be weeping, when he’s alive and being looked after in a nice place?

It was 1914, a hot July day, when Frank had the idea. ‘Meg,’ he said, ‘You’ve had that bicycle for three months, it’s time you had a proper adventure.’ He carried our picnic in a bag which he’d fixed over his handlebars. We got a bit lost, ended up bicycling between tall trees, down a curving road. And there it was, the grandest house I’d ever seen. All those windows and chimneys, stone columns either side like a picture of a Greek temple in a library book. My brother just laughed when I worried that we were trespassing.

‘Hopetoun House,’ he said, ‘Wouldn’t you like to see inside?’ Those magnificent rooms, shiny floors, pictures of ancestors lining the walls. Imagine, being at a ball, in your best frock, waltzing like a lady. When I finish my Diploma, I’m going to design a house like that and you can dance in it.’

I believed him. Frank could do anything he put his mind to. He was all set to go to the Glasgow School of Architecture. Except in August, when he should have been packing his drawing pencils, he went to the recruitment office and took his shilling to march off to glory. Told me he’d be back by Christmas.

He’s going to be so amazed when he reads my next letter. Though it’s not quite as expected. The pictures have been removed from the walls. You can see the ghost lines on the faded flock paper where they used to be. The marbled fireplaces are dust free, bare of ornamentation.

‘It was the ballroom,’ Ness tells me as we eat our lunch, ‘No fancy Lords and Ladies cavorting now. Just rows of beds and barely a fellow fit to dance. I’ll take your other egg, if you don’t want it.  Always plenty eggs here, come straight from the Hopetoun Farm. I love a fried egg.’

My first day goes so slowly. Every minute, I’m on edge, wondering what I should be doing, wanting and dreading conversation with the patients. Ness and most of the others have been here since the hospital was set up last year. I envy the ease and precision that they move with. It’s hard to imagine ever being like them.

‘You’re alright, doll,’ Ness says as we carry the dirty tea dishes back to the kitchen, ‘tomorrow, it’ll be easy as pie.’

I blush at the praise. Frank will be so pleased to know I’m doing my bit too.

There’s something about the expression in her face, a soup of dread churns in my stomach. She is going to dismiss me. I haven’t passed muster, I’m no good.

I stand before her desk, hands clasped tightly behind my back.

I cannot bear to look at her. If I see her eyes, it will make it true.

Faraway, a girl is whirling around a polished floor with her handsome brother, discordant notes of music fading fast.

‘Two days, leave, then you return. There are soldiers that need your service, missy.’

I know I’m not supposed to but I walk down the long drive of the house. When I turn back to look at it, I hear his voice in the chill of the wind.

‘Look after them, Meg. Dance in the ballroom for me.’ 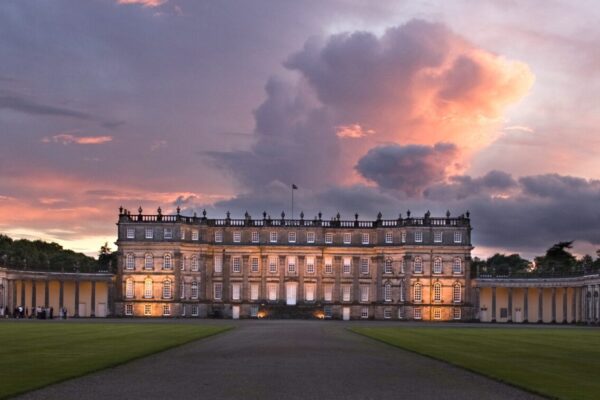