‘The Annes of Hever Castle’, by Ceri Creffield 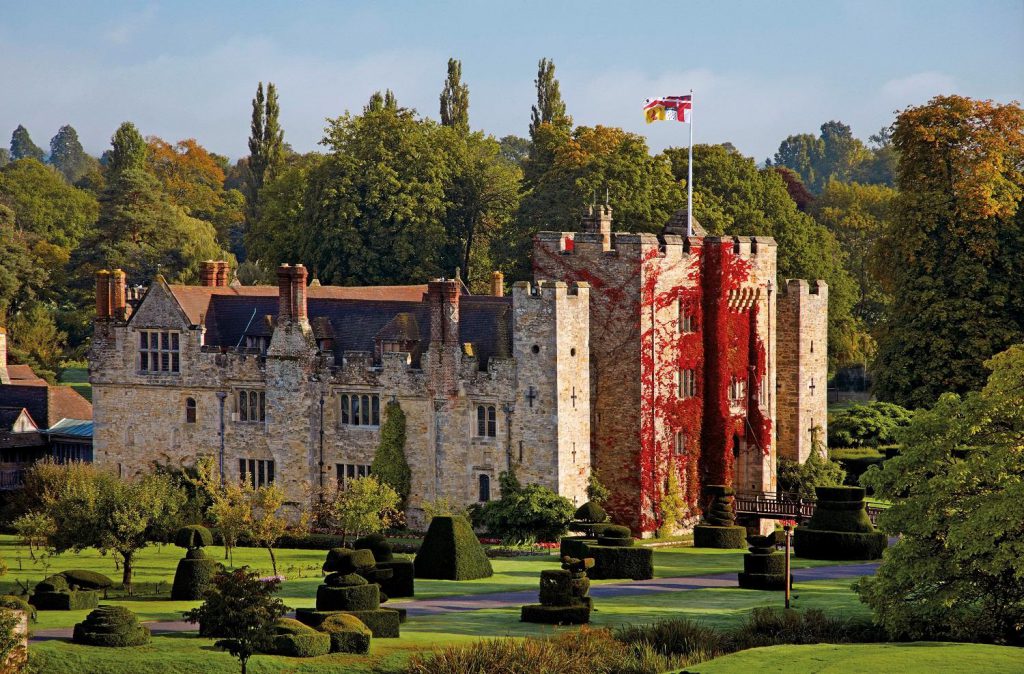 I loved Hever Castle from the first time I saw it. We were all travel-weary and I was anxious for a good wash, food and a comfortable chamber, yet my heart lifted for sheer joy when I saw its honey-coloured walls bathed in the late sunlight. The water lilies were folding up for the night and I heard a frog plop into the moat as my litter bumped over the drawbridge and into the small courtyard. She was waiting there for me along with the steward and a dozen or so other servants. For a moment, I caught her eye and wondered whether I had imagined the slight curl of her lip before she sank down into a curtsey. I had detected many such expressions during my time at court and it saddened me to find the same thing here. Maybe I should have worn one of my French gowns rather than the travelling dress I had brought over from Cleves, but it was so practical!

Her name was Joan, she told me, and she had been at Hever for thirty-five years. Her love for the house was bright in her expression as she showed me around the next day.

“Such a fine hall, Madam. I’ll wager you your castles in Cleves never had a finer. “

“Ja, it is very…. gemütlich,” I replied, trying and failing to find an English word. She shot me a cunning look.

“It has a harsh sound, your tongue, not like French. Now that is a pretty language, so musical. It came tripping off my old master’s tongue and even more prettily from my Lady Anne’s. That was why he was sent to those foreign parts – he spoke it so nicely and with such charm. They say that Margaret of Austria was fair taken with him and that was why little Mistress Anne went to live there.”

I wondered whether this was a slight at me. My English was still halting then and no one had ever bothered to teach me French. I was still raw after my sudden demotion and although I towered over her, she discomforted me. I was the discarded wife of King Henry VIII. She had spent her life in service to a family who produced a daughter for whom Henry had been ready to move heaven and earth, a woman who had blazed like a comet before her sudden and cruel demise. I determined to make friends with her.

“The King has been kind, to grant me such a pleasing house. I think you are speaking of the Boleyns. You were close with the family?” I asked her.

“Aye madam, as much as it was possible to be. It still breaks my heart that they are all gone.” She crossed herself. I did the same, trying not to think of Anne and George, young lives taken in blood. “All except Mary, Lady Stafford as she is now, and I have not seen her for many a long year.”

“Sir Thomas, the earl, he died last year, I think?“

“Aye Madam and his mother, old lady Margaret, too. She was a daughter of the Earl of Ormond, you know. It fair makes me spit when I hear that some at court said that the late Queen Anne had no breeding. My family here were as good as many with greater claims to noble blood.”

Then she looked at me with spite.

After King Henry died, they took away my palace at Richmond and so I spent more time at Hever. I was happy to do so. I loved the deep peace of the countryside and I was content supervising my estate there, meeting my tenants, making my embroideries and wandering about the beautiful grounds with no one but myself to please.

Joan was growing used to me now. I had kept her on, as her attachment to the place was so strong, it would have been cruel to turn her away. Sometimes in the evening when the candlelight grew too dim for me to sew and I was tired of the company of my women, I would dismiss them, send for her and let her talk. Sitting either side of a crackling fire in my comfortable chamber and watching the sparks fly up the chimney, like two old gossips, she would talk and I would listen.

“Anne was always clever. So was George, but then he was a boy, so it was expected. My master used to say it was a shame to waste such a fine brain because she was a girl, so he made sure she learned her lessons too. He missed her when she went away abroad but he said it would be the making of her and it was. I’ll never forget when she came home again, a woman grown, clattering into the courtyard on a black mare and dismounting in a cloud of silks and perfume. ‘What Joan, are you still here?’ she cried and threw her arms around me. I knew then she was quite remarkable.”

“Mind you, Madam, she had a sharp tongue when she minded. She could rub people up the wrong way.”

“Rub the wrong way?” I was confused. English still defeated me at times.

“Upset folk, make them annoyed. She did not suffer fools gladly.”

“Ah”, I smiled slyly, “Then she would have had cause to rub me the wrong way, nein?”

The corner of her mouth twitched and she looked at me with amusement. A small victory. I was satisfied.

Years passed. I spent most of my time at Hever in quiet contentment. The young king died and evil counsellors around him tried to make his cousin Jane Grey into a queen. Mary, my erstwhile step-daughter and friend, oldest child of King Henry, took up arms and people flocked to her. By the time we heard of it in Hever, Mary was safely on the throne and Jane was in the Tower.

I attended her coronation, clad in the sort of finery I seldom had occasion to wear now and processing just behind the queen herself, resplendent in a litter with my other step-daughter, Elizabeth. She had grown up since I last saw her and she was a beauty. She looked halfwild with excitement, beaming delightedly at the crowd as her red hair glinted under her hood. Someone cried out that she was Old Harry’s daughter all right and her smile grew broader still. I was waving too but no one had come to see me. Mary had her share of shouts and cheers for sure, but plenty were shouting and waving their caps in the air for Elizabeth.

At last I believe I understood something of what Joan had told me of her mother. Here was the charm, the poise, the youth and beauty, the vivacity of which she had spoken.

“Does anyone speak to you about your mother, Elizabeth?” I said.

Immediately, she was on her guard, although her smile barely faltered. She was clever too.

“It is all right,” I continued. “No one can hear us over this crowd. You know now that I live at Hever. Let me tell you of all I have learnt there.”

And I did. I told her everything that Joan had told me and Elizabeth’s eyes burnt fierce and her cheek flushed red and she went on waving to the crowd, but when the swaying of the litter ceased and it was time to alight, she caught my wrist.

“Thank you,” she breathed. Then the moment was gone and we were on show again.

After the excitement of the coronation, I was glad to return to the beauty of Hever. The scent of roses as I approached the castle was very welcome after the less pleasant odours of the city. Joan had taken to her bed. She was old now and not long for this world.

“It was good of you to come Madam. Do you bring me wine?”

I did. I sat beside the bed and lifted her head so that she could drink.

“I rode in a litter wearing cloth of silver, Joan, and I rode with the Lady Elizabeth.”

She caught her breath.

“In colour, a true Tudor, but from what you have told me, a true Boleyn too.” I told her all that had passed and, for once, she listened to me. For a while afterwards, she was quiet. Then she said:

“Truly Madam, you are not like your namesake, but you are kind.” Her hand, spotted with age, strayed out of the coverlet and took mine. “He should have kept you,” she said wickedly.

Then we laughed, no longer former queen and servant, but simply two women, enjoying a shared joke. 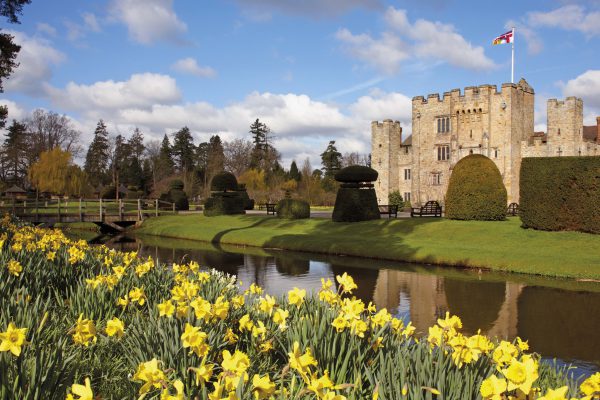