Painshill Park Trust is delighted to announce that their latest restoration project, replacing the Woollett Bridge, has now been completed. 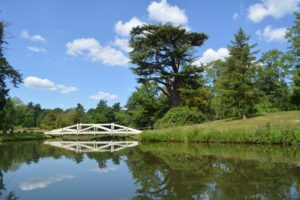 This October, the newly manufactured bridge arrived at the century landscape garden in Cobham, Surrey and was floated across their serpentine lake into position.

Painshill’s trustees, staff, and volunteers have been have blown away by the passion of supporters and would like to thank everyone who contributed to this important project. The fundraising target was met thanks to the generosity of individual supporters and a number of grants totalling over £110,000. Painshill Park Trust is hugely grateful to Elmbridge Borough Council for providing £41,429 as part of the Community Infrastructure Levy which enabled the project to proceed.

Painshill was created in the eighteenth century as a living work of art and is one of the finest examples of the English Landscape Movement. The Woollett Bridge is a vital part of the garden and allows people access to one of the most impressive features in the historic park, the magical Crystal Grotto. Without the bridge, visitors cannot progress along the route planned by Charles Hamilton as a walk through a series of stunning views.

In December 2019 and again in February 2020, the Painshill landscape was flooded and the wooden bridge was under water for a number of weeks. The timber began to rot and the bridge’s stability was compromised. For many months the bridge was supported by scaffolding to ensure it was safe for visitors.

When Alan Titchmarsh visited the landscape in April 2022 and became a Patron of Painshill he called for people to support the fundraising campaign, saying; “The project to replace the Woollett Bridge is vital to ensure that visitors can continue to enjoy this historic landscape and have access to the amazing Crystal Grotto. Painshill is a sanctuary for people and preserving it for the future is a very worthy cause.”

To ensure longevity, in a climate where flooding is likely to recur, the new bridge is made of a steel frame with a wooden deck. Steel is a modern material but the Trust is confident that the design offers the correct aesthetic while ensuring people’s donations are invested in a lasting structure.

The design for the new bridge has been based on an engraving by William Woollett created in 1760. To follow the progress of the Painshill Park Trust, join them on social media or at painshill.co.uk. 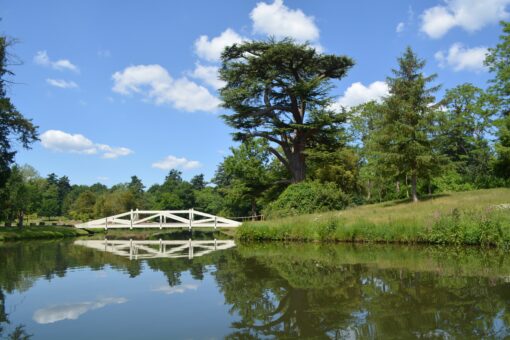 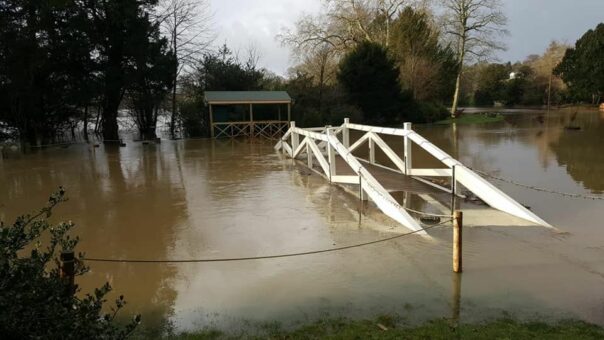 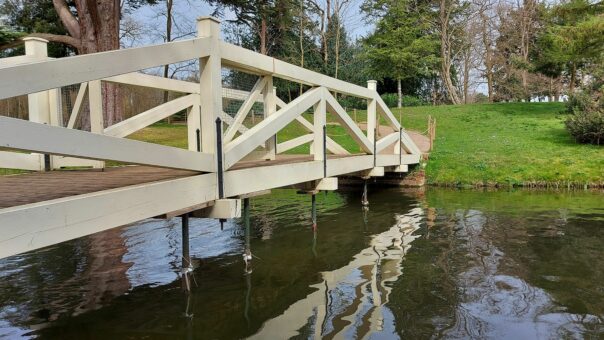 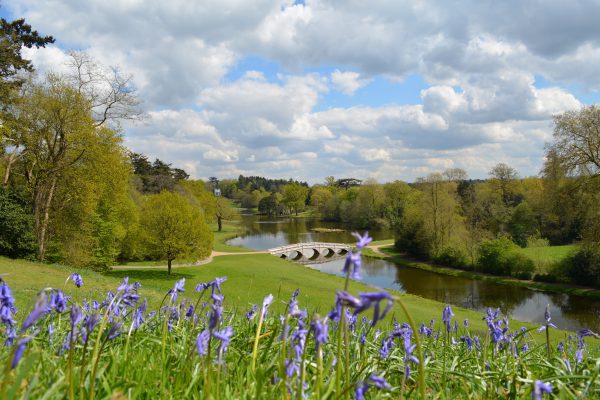 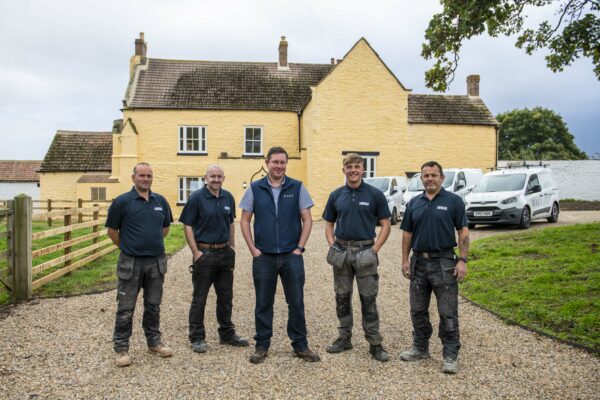 Raby Estates Preserving the Past with Traditional Skills

Raby Estates is preserving the past with traditional skills.