‘Murder at the Hall’, by Ida Leroy

Cottesbrook Hall although an important building was not significantly large or old enough to be classed as a Stately Home. However, the size and contents (probably the most important collection of equestrian and hunting paintings in the UK and priceless) made it a prominent address.

The owners kept the property fully staffed at all times. Anyone seeking private domestic employment tries to avoid evidence of a previous existence, debt, divorce, scandal, bankruptcy, cross dressing or similar. Going into private service although poorly paid, offers accommodation with regular meals and a wage.

The Hall staff included a Head Butler, under butler to wash cars, iron and collect dog poo, several gardeners, the odd shepherd (and most of them are pretty odd), a Head Housekeeper, under housekeeper and an endless flock of dailies. As with many strange people living under one roof, or in tied cottages this invariably led to many affairs, not necessarily of the heart or the opposite sex. Dalliances between males and females (usually involving at least one of the couples having a previous partner), were common.

Such was the relationship between Clive Snelling and Daisy the cleaner. Clive had replaced an ex Royal Head Butler and the owner of The Hall decided that as the Head Butler lived in and was responsible for the security of the property, he would rather have someone butch in the role. Clive was an ex-Manchester builder who had done a stint as Houseman to a wealthy widow deciding it was preferable to working on building sites in all weathers. He had blown the family savings on a course to become a butler, usually costing several thousands of pounds. Men passing this course still didn’t know how to clean a gun, or a pair of shoes, but in the middle of a crisis (in the domestic market) all they needed to do was flourish their certificate to gain employment. They were a Head Housekeepers nightmare as they caused more work than was necessary through a lack of knowledge and appropriate behaviour.

Clive’s wife and children lived in a tied cottage in the village. Clive’s working hours were long, and although not a particularly good-looking man, in his tail-coat and striped trousers (essential uniform for a Head Butler) he cut a dashing figure and it was not surprising when Daisy, born and brought up locally, fell for him.

It was an open secret between the other house staff they were having a fling, inevitably, Clive was threatened with revealing details of the affair to his wife.

Clive puzzled over how to end the relationship. He knew Daisy would take it badly resulting in both being out of work and his family without a home. He could not dismiss her because her work was highly thought of by the owners, plus she had been working at The Hall a long time. Clive had a problem on his hands.

In common with many older houses Cottesbrook Hall had a serious wood-worm problem, particularly in the rooftimbers. To eradicate worm is a slow and costly business; virtually impossible in huge properties like The Hall, particularly given it was full of priceless works of equestrian art and fine furniture.

Rather than try to treat each item singularly, Clive was put in touch with a Curator at the Natural History Museum who cared for fabrics and furniture that suffered from insect infestation, especially in historic houses. The Curator had previously dealt with a German company who could provide a total solution. This involved a huge lorry into which all the individual pieces of furniture of the house would be loaded plus enveloping the entire building in an air-tight bubble to treat doors, window frames and beams. This all took several days and a considerable effort on behalf of the staff to move every single piece of furniture: take it to the lorry and then replace it post-treatment. The priceless paintings needed a different more intensive and highly toxic treatment. This involved them being taken down from the walls and put into their own individual bubble which was not to be opened for several days until it had been properly vented by the professionals. Clive had carried out several meetings with the company involved and had emphasised to all staff (particularly the daily staff) the dangers of the chemicals being used, which not only killed off live worm, but eggs and pupae as well.

The removal of the paintings from the walls involved turning off the alarms during the process which was carefully overseen by Clive and the Head Housekeeper. The paintings were stacked on their sides separated by neat polystyrene wedges around the frames to obviate the chance of any damage. No one else was allowed to be involved in the storage of the paintings during this process. The chamber was then sealed, and the noxious fumes pumped into the building. Clive had checked that it was clear of any human beings.

It was during this period Daisy had failed to show up for work. It was not unusual for daily staff to disappear because one of the hardest jobs for housekeepers in historic houses was to keep staff on such meagre wages. However Daisy was a long-serving member of staff who thought normal rules did not apply to her, and it was believed she may have thought herself above fetching and carrying heavy furniture, due to her special relationship with Clive and therefore had decided to absent herself until the clinical operation was complete.

The chamber containing the paintings was left sealed for several days in a large locked room; however during that time some heat damage was discovered to an antique screen from the treatment of the furniture in the lorry and the owners of the property became concerned the paintings in the chamber might have become damaged. The owner insisted the chamber housing them be opened immediately and the venting carried out as quickly as possible, despite objections from the company carrying out the work.

Thankfully all the fine artworks were undamaged, but lying behind one of the stacks of paintings was a body, the missing Daisy. Everyone knew the chamber was cleared of people prior to treatment, so…was this murder, or had she simply wanted to be involved with the work being carried out and was not aware of the dangers. Daisy had always thought herself more important than the other daily staff and was quick to remind them she had a more intimate knowledge of the house and the owners than anyone else. Was she demonstrating she knew best about the maintenance of the property? If so, it certainly misfired given all staff had been briefed on the dangers of coming into contact or inhaling the noxious chemicals.

Who knows how she ended up in the bubble chamber with the paintings! She lived alone and assumed to be unwell when she didn’t turn up for work. How to solve the mystery of the locked room and sealed chamber. Was it possible somehow Clive managed to shut her in the bubble with the paintings and simultaneously solve his domestic problem.

We may never know. 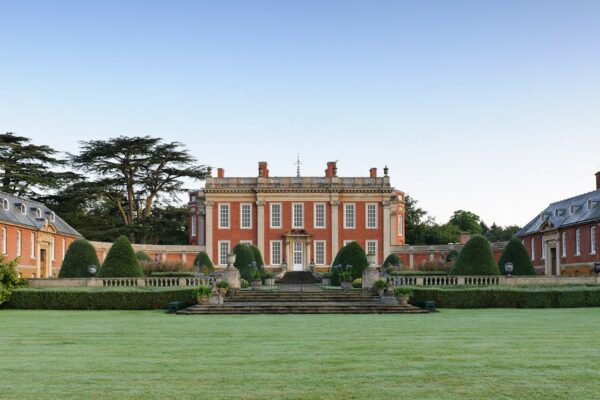