‘How I Came to Live in a Mansion’, by Lynn Deanne Childress 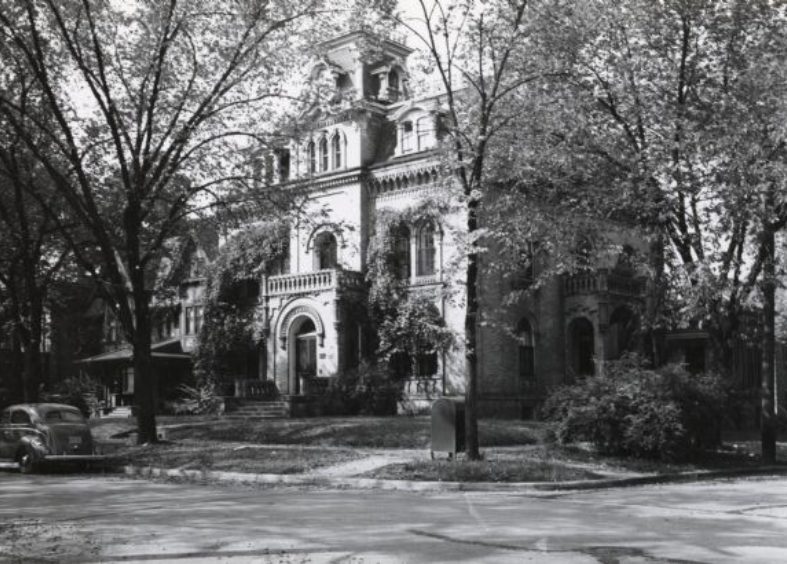 For as long as I had lived in Madison, I had wanted to live at the Keenan House Mansion at 28 E. Gilman Street. But lately, I was preoccupied with a difficult man whose name shall not be spoken. He had devised a summer plan for fine dining, for which I had somehow ended up paying.

The first dinner was at the Mariner’s Inn (formerly a Supper Club). As soon as we ordered, the difficult man disappeared to the bathroom. I looked at the view of Lake Mendota and the nautical curiosities. I wondered what was keeping him so long. The seafood-stuffed mushrooms arrived and went cold. Finally, I saw him approaching the table and picked up my fork.

“Like my father used to say,” he said, “Pigs to the trough.”

“You couldn’t even wait for me before digging in. Clearly, you are not fit for fine dining.”

“Why were you gone so long?”

“Don’t ever ask a man about the amount of time he spends in the bathroom.”

The place that had inspired the fine dining plan was a Supper Club at Kennedy Manor on Wisconsin Avenue. Somehow, it all fell apart. On the night we planned to go, the difficult man got delayed on Williamson Street. I went to pick him up at the Willy Street Coop, but there was not enough time for us to go by his house to get his dinner jacket.

On the way, we walked by the Mansion.

“I always wanted to live here.”

“What about the place you live now?”

“I’ll sublease it. You always complain about my housemates, probably because you don’t want them to hear the outrageous things that you say to me.”

“They won’t rent to you, anyway,” he said pursing his lips and tipping his head back.

He was in a very bad mood. The waitress brought an odd appetizer, and this time I was relieved when he disappeared to the bathroom. When he was out of earshot, I called the waitress to the table and gestured toward the appetizer. “Can you tell me the right way to eat this?” How could sitting alone at dinner start to feel normal? At least, it did not bother me as much this time. It was exactly his strangeness that made me crazy about him.

“As soon as we finish eating, I want to go home,” he said.

“Did you pick up the cheese for tomorrow’s coffee hour?”

I thought this was odd. When I picked him up at the store, he said he had been delayed because of picking up the cheese. Clearly, something was wrong.

I arranged to see the Mansion a few days later. I was surprised when the difficult man wanted to go with me to look at the room. “Just let me do the talking,” he said. I dressed up in an Anne Taylor skirt to make a good impression. We were greeted by a man wearing a casual shirt and shorts: the owner. The difficult man immediately started asking questions, and the two men got into a deep conversation about the history of the Mansion and completely ignored me. As I trailed behind them on the steps, I recognized the European places in the paintings.

“The third floor used to be a ballroom. It was added later because the daughter of the family liked to dance and her father did not want her going out. That is when the mansard roof was added.”

I stepped into a pale pink room with a rose border painted on the ceiling. A casement window, large enough to fly away with Peter Pan, faced north. The dormer window on the east side looked out on the State Capitol dome. The west wall had been partially removed to put a small kitchen in what used to be the servant’s room. The room was heated by a large gilded radiator. All of the doors had ornate door plates and transom windows.

“You should have seen this place when I bought it. It had been turned into a fraternity house. I had to rip out all the false ceilings. The chandeliers were gone. The back wall leaked so they covered it with layers of fiberboard. I found the fireplace bricks in the path by the back door. I have only restored the top two floors.”

I immediately thought of Colectivo’s Black and Tan Coffee. The Mansion was light roast on the outside, but dark roast inside. Still, how often does a dream come true?

“The Mansion is a koan,” said the difficult man as I was driving him home.

“I can’t believe you don’t know what a koan is. I learned about them in sixth grade.”

“Maybe I should keep a dictionary in the car, in case you use a word that you won’t define.”

Neither of us had smart phones. His cellphone worked intermittently and our calls often were terminated abruptly by static on the line. One of our mutual acquaintances said, “His phone works when he wants to use it.” I half suspected that he created an app to generate the static. However, on the chance that his phone might not be working, I arranged to pick him up for dinner on Saturday at his choice of Café Costa Rica on Williamson Street.

Café Costa Rica was not fine dining, but it appealed to me because it had outdoor tables and rope lights—perfect for a summer evening. On arrival, the difficult man walked inside ahead of me. I saw a woman behind the bar look up and beam brightly.

“You have come back to see me!” Then she noticed me and flushed with confusion. She trembled so much that she dropped a glass and it shattered on the floor. The difficult man said something to her in German and she responded. He looked quite pleased with the effect that he had on the waitress and equally pleased that I did not speak German.

“What was that about?” I asked as we took a seat outside.

“Last week I stopped by here to see if this would be a good restaurant for us to try out. We got into a long conversation when I found out she was from Germany.”

I remembered the first heady conversation we had. It lasted for more than six hours.

“I will get you a Moleskine notebook and a Blackwing pencil to write down your ideas,” he said as the German waitress walked up.

They spoke in German and laughed. Then she asked me what I would like to order.

“Tell me what you like on the menu—we seem to share the same taste,” I said looking at the difficult man.

Then I put together the pieces: his long initial conversation when we first met, his delay on Williamson Street last Saturday, and his failure to buy the cheese. Conclusion: he had spent the afternoon in conversation with German waitress, then walked down to Willy Street Coop where I picked him up.

“I am moving to the Mansion in August. Apparently, the owner only rents to women. There are sixteen rooms in the house.”

“Not including the first floor?”

“Yes. He showed me the first floor when I signed the lease. It is packed with things he has collected. It reminded me of Snowshill Manor in the Cotswolds, except that plaster was falling from the ceiling and some badly built closets marred the two parlors. He has restored the billiard room. I was slightly horrified by the elephant-hide wainscoting. He said that he had spent more than 200 hours cleaning it with a small brush.”

“Brown and leather-like. It was embossed with beautiful intricate designs. I remember seeing something like it at Biltmore, but I didn’t know what I was seeing at the time.” A gentle thought arose and twirled my mind like a waltz: there was much I could learn from the landlord/owner and he was not a difficult man.

“So, he uses the income from the rooms upstairs to support and renovate the house.”

“And I get to live in the Mansion.” 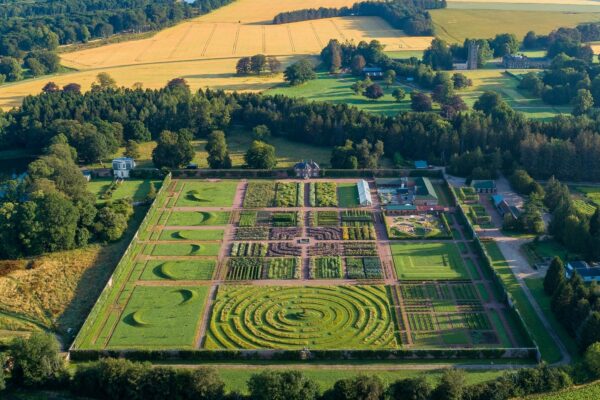