Aristocratic mansion famous for its Egyptian connections and the fictional seat of Lord Grantham: Downton Abbey. 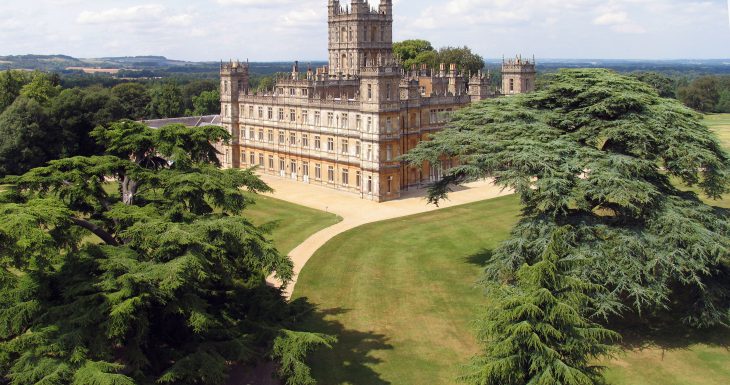 The first written records of the estate date back to 749 when an Anglo-Saxon King granted the estate to the Bishops of Winchester. Bishop William of Wykeham built a beautiful medieval palace and gardens on the park.

Later on, the palace was rebuilt as Highclere Place House in 1679 when it was purchased by Sir Robert Sawyer, Attorney General to Charles II and James II and direct grandfather of the current Earl.

In 1771, ‘Capability’ Brown made plans for the alteration of the grounds, water and symmetrical Georgian house at Highclere for the 1st Earl of Carnarvon.

In 1842, Sir Charles Barry – who was also working on the Houses of Parliament at the time – finished his final designs for the 3rd Earl of Carnarvon, transforming Highclere Place House into Highclere Castle.

The Countess’ research has revealed that, in 1867, the Constitution of Canada was drawn up in the British North America Act by 4th Earl of Carnarvon and John A. Macdonald, later the first Prime Minister of Canada.

The history of planes begins at Highclere Castle in 1910, with Sir Geoffrey De Havilland making his first flight on the Highclere Estate at Seven Barrows.

In 1922, the 5th Earl of Carnarvon discovered Tutankhamen’s Tomb with trusted colleague and friend Howard Carter.

During the First World War, Highclere Castle was converted into a hospital for wounded soldiers run by the 5th Countess of Carnarvon.