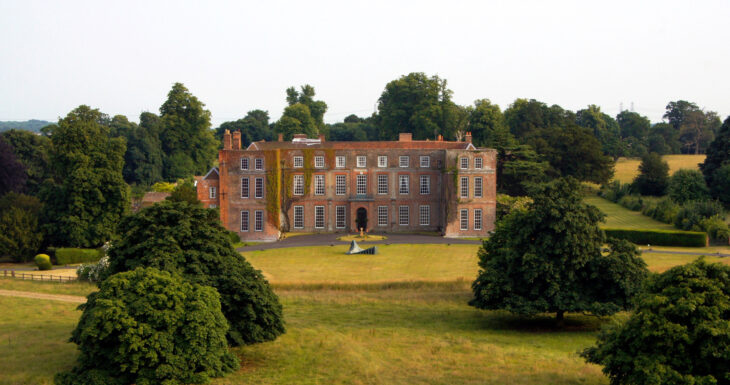 Rye’s calendar of the Feet of Fines for Suffolk’ contains several references to the family, the earliest being William de Glemham in 1228-29. The Glemhams prospered under the Tudors and branched off to the neighbouring manor of Benhall, which was for a time the residence of one of the most colourful members of the family – an Elizabethan seadog named Edward Glemham. While his voyages may have intitally brought him some fame, Edward’s exploits did not help his financial position; his fortunes declined and he had to sell Benhall.

Meanwhile, Edward’s cousin and neighbour, Sir Henry Glemham, was flourishing, and it was Henry who originally created Glemham Hall and made it such a beautiful example of the early Renaissance style. His son, Sir Thomas – who earned himself a reputation as a stubborn fighter during the Civil War – succeeded Henry. Thomas died in 1648 while fighting in Scotland. According to manuscripts, the Glemhams retained the estate until 1708-1709 when it was sold to Dudley North. Dudley’s wife, Catherine, was a daughter of Elihu Yale, founder of the famous American University. Elihu was generous with the wealth he accumulated; he endowed the famous American University and was also lavish in his gifts to his family. Glemham Hall obtained many treasures at the time as a result. During the period 1722-1727 considerable structural changes were made, giving it an overall Georgian facade.

Glemham Hall remained within the North family for more then 200 years. Sir Dudley’s male line ended with his grandson (another Dudley North), in 1764. Upon his death, Dudley’s sister – the Hon, Mrs. Herbert – succeeded him. She eventually left the estate to her younger sister’s son, Mr Dudley Long who died childless in 1829. The estate reverted to the Norths and became the property of the 8th Earl of Guilford. In 1923 it was purchased by the Cobbold family and became the home of Captain John (known as Ivan) Murray Cobbold and his wife Lady Blanche, daughter of the 9th Duke of Devonshire. Captain Cobbold – (Scots Gds) – then Colonel – was killed in 1944, when a flying bomb destroyed the Guards’ Chapel in London. Glemham Hall is now owned by their great-grandson Tom Hope-Cobbold who lives in the Hall with his wife Miki and two children, Bella and Oliver.