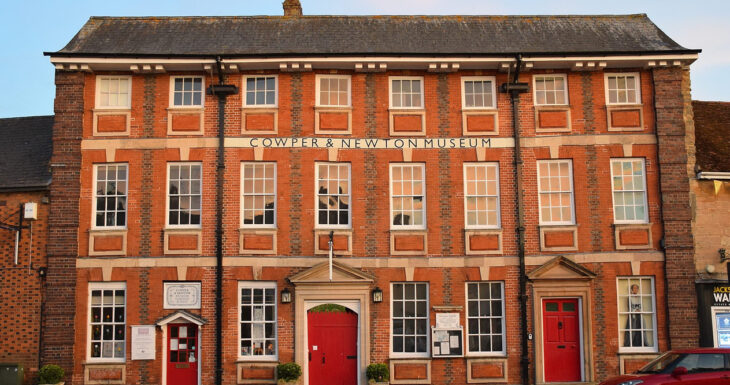 ‘Orchard Side’, the home of William Cowper from 1768 to 1786, was presented to the town of Olney by its owner, Mr. Collingridge, in April 1900. It is vested in a body comprising 12 Trustees, of whom 10 are co-opted and 2 nominated by the Town Council. The declaration of the Trust was regulated and Charitable status approved in 1902. The Registered Charity, No. 310521, was formally sealed in 1985.

The Museum was built as two separate stone houses circa 1700 and slightly altered in 1844. A literary museum was started in 1900, and the adjoining Gilpin House, the garden and summerhouse were subsequently added, creating one of Olney’s significant buildings, overlooking the Market Place.

The collection has been developed to illustrate the lives of Cowper and Newton and also to encompass the local trades and industries, especially lace and leather, and some local archaeological finds.

The Museum, which is a Grade Two * listed building, lies within the Olney Conservation Area.