‘Bridget of Brancepeth’, by Angela Craddock 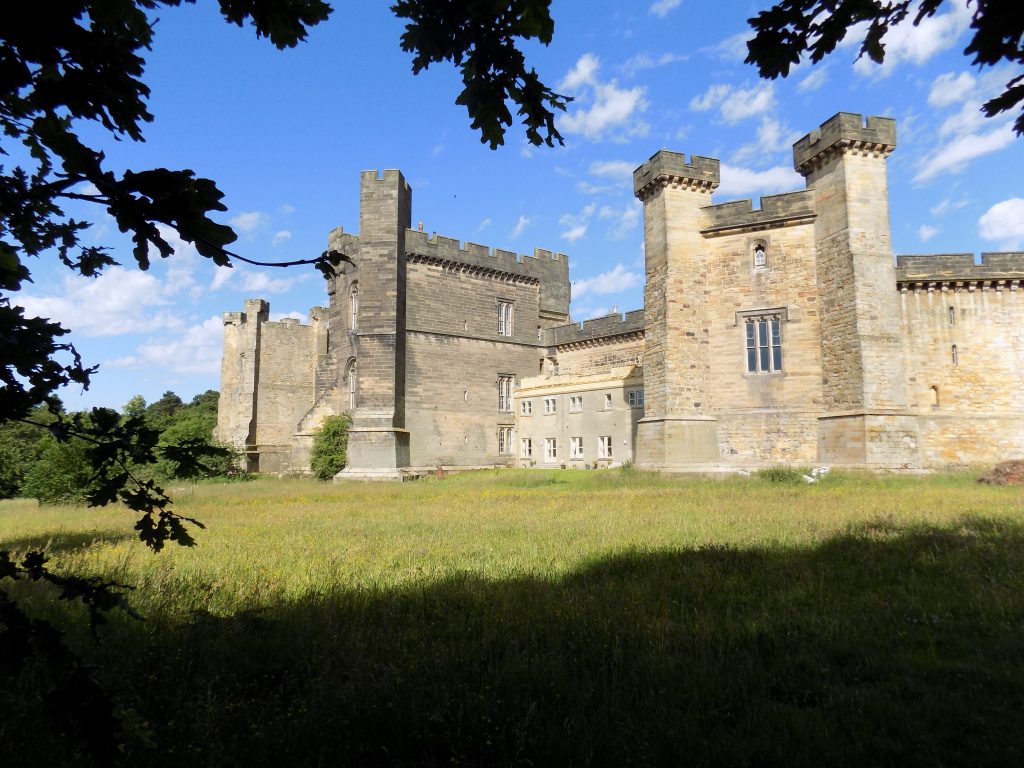 Safely encircled by the great walls of Brancepeth Castle lives a lonely little girl called Bridget. She is playing cheerfully with her dolls and her rocking horse, Remus, though from it’s very beginning her life was steeped in irreversible sadness. Her mother became ill in the days following childbirth and fell prey to the desecration known as childbed fever. Beyond medical help she slipped away, her untimely death left Bridget to the care of her father, William.

What could William have known about caring for this baby girl? As a Member of Parliament for Durham William spent much of his time on political business in London so he called upon his sister Frances to care for the child. Bridget had an isolated existence, seeking solace in a happier world of play. She developed a lively imagination and engaged in whimsical dialogue with her dolls. The boy doll was her favourite, dressed richly in a blue satin waistcoat and breeches. He wore a linen shirt, lace cravat and silk stockings. His outer layer was a red woolen coat with gold embroidery and shiny buttons. Coiffured human hair was nailed to his wooden head!  His leather shoes were fashionably topped with buckles. He was the epitome of a contemporary gentleman. Sometimes he would ask his female doll counterpart, Betsy to walk out to the river with him, admiring her pale painted face and glass eyes before returning to their designated shelf in the nursery.

Bridget explored the castle’s long corridors, looking down through the high arched windows at the circular courtyard below, and up at the buttresses, battlements and turrets. Running her hands over the huge stone fireplaces with blackened grates and along the shiny wooded bannisters of the grand staircase she made up little songs to sing  under her breath.

On Sundays they walked to St Brandon’s Church for worship. Bridget liked to look at the ornate Gothic carvings whilst listening to Rector Thomas read Bible passages and deliver sermons on how to achieve righteousness. Bridget’s Aunt Frances taught her to read, write and sew. She was charitable towards Bridget but her serious disposition did not lend itself to shows of affection or spontaneity. Sometimes they listened to music in the afternoon and during one such time there was talk of a travelling show due to perform in the courtyard of the castle. This became the focus of great excitement and raised many questions about who was coming and what it might be like.

Aunt Frances described a scene from memory of jugglers, acrobats and dancers and a troupe who enacted Shakespearean plays. Crowds of people were expected to watch the players perform on the cobbled courtyard, all enjoying themselves, noisy with laughter and gin induced merriment. Bridget asked if she would be able to join in, for she had not seen the likes before. Aunt Frances suggested that she might be able to watch from the window only. This would surely be better than nothing, for it was not the place for a child to be exposed to such goings-on.

As a young woman she was granted a little more freedom, though always with a chaperone. Her father took her to a public fair to listen to music quartets and to watch lively scenes performed by travelling theatre companies. This was a different world to Bridget who absorbed the atmosphere and enjoyed its frivolity. It was here where she was first introduced to Robert Shafto, a politician who moved in similar social circles. He was from a family of merchants but became involved in election campaigning. His Whitworth Hall home could be seen across the River Wear from the highest windows in Brancepeth Castle. Situated on the outskirts of Spennymoor, the close proximity of his residence made them relatively close neighbours. Robert chatted away to them in an animated fashion. He appeared larger than life and oozed both charm and charisma.

Bridget was immediately taken with Robert who cut a dashing figure. He was tall and slim, his striking appearance made so by his flamboyant dress style. His laughing eyes held Bridget’s full attention and she was secretly delighted to learn of his forthcoming visit to Brancepeth. Robert planned to see his brother, Rector Thomas to update him on the most recent trip to London and his latest electioneering efforts. In four weeks he would attend the Sunday church service then take lunch afterwards. As the conversation drew to a close he proffered an exaggerated bow to Bridget who fluttered and blushed, and bade him farewell. William sensed that Bridget was distracted for the rest of the day. She had asked him a few casual questions about Robert, she clearly did not follow the plot of the play, or even take much interest in the ‘never before seen’ Punch and Judy show. As darkness fell, the firework display was not the only thing to light up her eyes that day.

Bridget greatly looked forward to Sunday service like she never had before. It brought another opportunity to see Robert who she had thought of all day and dreamed of at night. She fretted and fussed over what to wear, questioning if her Sunday best would be good enough to catch Robert’s eye. Her favourite silk mantua gown was the garment of choice; its cream fabric adorned with red flowers and frilled sleeves was a cut above the rest. On meeting her once more Robert doffed his hat in an act of courtesy. They discussed the weather then he told her he was shortly to sail to London, a fairly dangerous enterprise, though preferable to that of a road trip for fear of Highwayman attack. He would come to see her in a few weeks, and she could refer to him by his nickname, Bobby.

With each passing day Bridget became more fanciful and infatuated. She documented their meeting in her diary and counted the days to his return. In her chambers she penned the first verse of a ditty,

With silver buckles on his knee,

He’ll come home and marry me,

This is what she truly hoped for and believed, though Bobby’s friendly demeanour made him popular with the ladies and he was responsible for a string of broken hearts. In London Bobby mixed business with pleasure, cementing his brief relationship with Anne Duncombe by asking for her hand in marriage. This was a prudent proposal as Anne was an heiress to the richest commoner in England and their alliance would ultimately increase his family’s fortunes.

Bridget waited endlessly and pined for Bobby’s return. She could not eat or venture outside, such was her depression and despair. She lost weight and developed a pale complexion, her once bright eyes now soulless and unable to tolerate light. She did not know if she was heartbroken or suffering from an illness. Then came the cough, the pain and the blood on her handkerchief, the news that Bobby was betrothed to another. There was simply nothing left to live for as she lay on her deathbed, ravaged by consumption and weakly mouthing the meaningless words, 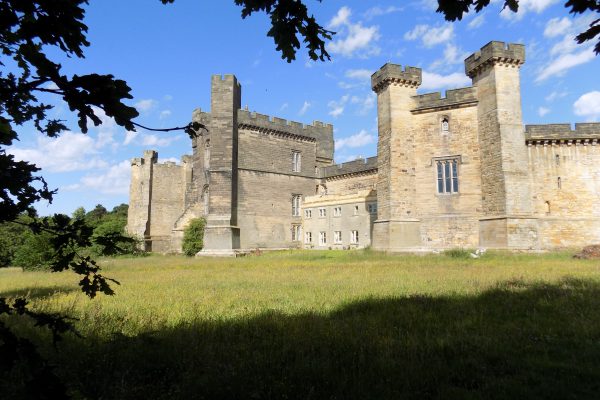