‘An Act of Kindness’, by Pete McCaldon 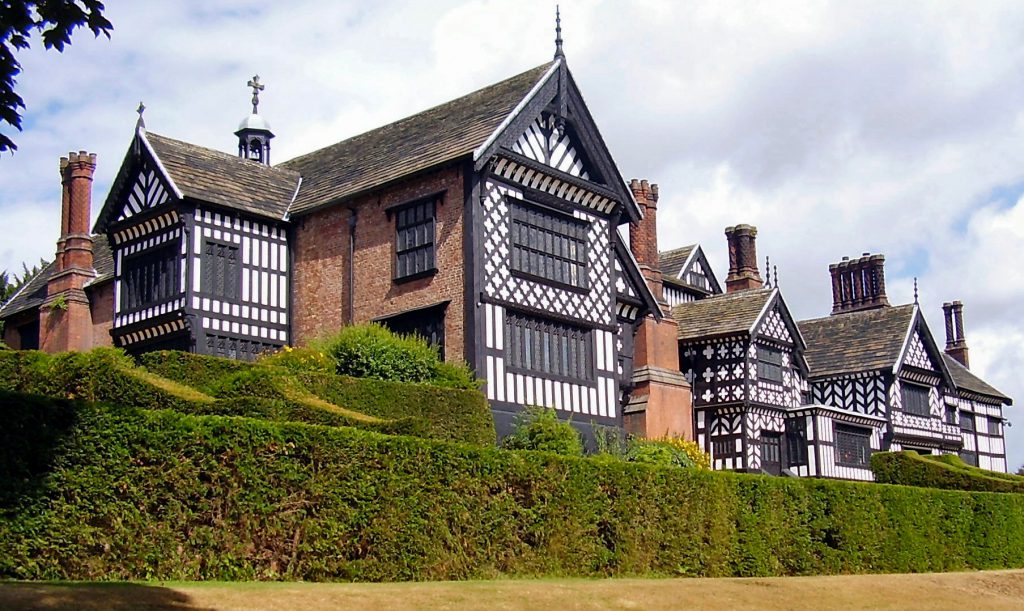 On a bough high within the tangled woodland an owl swivels its head, aloof, great eyes scanning its domain. On the ridge above, the half-timbered manor house, lit by moonlight, looks down into the darkness of the narrow valley and its murmuring brook, out towards the distant hills.

In the north wing, Mary Goodwin, housekeeper at Bramall Hall, was awake into the early hours, as had become her pattern of recent years. As the owl hooted softly from the woods, she belatedly readied herself for bed, unpinning her hair, liberating thick tresses tinged with grey; the dark reflection in the mirror of this other self catching her momentarily by surprise. Outside, a sudden banging caused her to look through the window. In the shadows below, at the back of the house, a figure thumped furiously on the courtyard door. She slipped on her dressing gown, grasped the lamp and made her way down through the darkness of the house, past furniture made ghostly with drapes. The master and mistress away on their travels, to return in time with new exotic objects for display. In the great hall, the arms and armour on its walls dully reflecting the faint light from her lamp, she crossed to the courtyard door. Sliding open the viewer revealed an anguished face. She eased open the bolts on the massive oak door and before her stood a man. In his arms a young boy, the shin of his leg gashed to the bone.

Hastily ushering them in, Mary led them through the passage to the chapel and seated them in an old box pew before disappearing back into the house, returning several minutes later with hot water and bandages. She raised the child’s leg, slight in her hand, and carefully cleaned the wound, applied a poultice, then tightly bandaged the leg, as the boy winced and buried his head into his father’s shoulder. Indicating that they should stay where they were, she retreated once more into the house, this time returning with a tray bearing bread, meat and drinks and, wrapped in muslin, additional food for them to take with them. She watched them as they ate. The man haggard, his anxiety somewhat quietened, in his early thirties. Clothes ragged and dirty, though of good material. His eyes were fixed on the commandments painted on the chapel wall, the even older image of Christ’s crucifixion emerging indistinct from behind them.

As she showed them out, handing him a strip of bandage and a small tub of poultice and giving instructions for their use, the man turned to her from the doorway, the child, exhausted, asleep now on his shoulder.

‘Thank you for your kindness. I will not forget.’

From the windows of the great hall she watched them pick their way slowly along the valley out toward the hills, until in the moonlight she was no longer certain whether she saw or imagined them.

The following morning she listened as the gardener, a man whose obsequiousness kept his true nature from his employers, described how he had found the hen coop open but no missing hens, the fox trap sprung yet no trace of a fox.

It had been as a young girl that Mary Goodwin had left her family and first arrived, overawed, at Bramall Hall. In the beginning, carrying out the most menial chores, she had served the Davenports, whose family had held the manor for more than five hundred years and whose ancestral portraits maintained their vigilant watch from the dining room walls. Portraits that at first Mary would pass quickly by but which with time became her familiars, confidants from the past, whose removal on the sale of the house had left behind a void.

It was now more than forty years that she had lived and served at Bramall Hall, workhardened hands familiar with each last nook and cranny. Though there would be no portrait of Mary ever to be found in the dining room nor memorial in the family chapel, embedded in the surfaces and fittings of the Hall was the enduring testimony of the tender attentions of her hands, her long years of diligent service.

Now, the wooded parkland hid from view the mansions that had begun to encroach on the edge of the park, preserving the illusion of the recently dismembered great estate. Late on summer evenings Mary would walk through the heavily scented orchard, then down past the fishponds to the brook below, accompanied by the birds’ incessant chatter, past and present dissolving in the falling darkness. The house become timeless, rooted in its surroundings. Its wooden beams and decoration in silent communion with the mighty oaks that rose within the park. Within the woodland that cloaked the Hall life flourished. Owl and robin, fieldfare and kingfisher. Voles, mice, badgers and foxes; treading lightly, during the hours of night, the paths that Mary took. Occupants of the valley long before the Hall had made its first appearance.

Gradually the Hall had come to Mary to seem the whole of her life. Memories of family and childhood grew distant, thoughts of the young man she once had hopes of near forgotten. The Hall was her family now. She rarely ventured beyond. Occasionally, with guests for dinner, news would filter in from outside and Mary would overhear the discussion of the current situation, the problems of the mill owners. Or news might be brought by the other servants, from the tavern or rare visits to their families. So that she knew of the hardships and from the quiet sequestered life of the Hall her thoughts would turn at times to the man and his boy.

New moons came and went, the years slipped quietly by, until one morning Mary, on opening the courtyard door, discovered a posy of wild flowers upon the step. Later, when the gardener stormed into the servant’s kitchen, apoplectic at the disappearance of the fox trap he had set, a thought grew in Mary’s mind, causing her to turn her head to conceal the smile that had formed upon her face. That summer, when the men took out the punt to clean the lake, the fox trap was discovered, sunk to the bottom.

Crossing a distant field a young man, his limp near imperceptible, also remembers. Remembers the grand house, stealthily crossing its shadowed courtyard to stoop and lay his posy of flowers. Homage to that act of kindness of which his father had so often reminded him.

High in the old oak tree the owl leans forward and with a leisurely flap of its wings slips silently through the darkness of the wood. 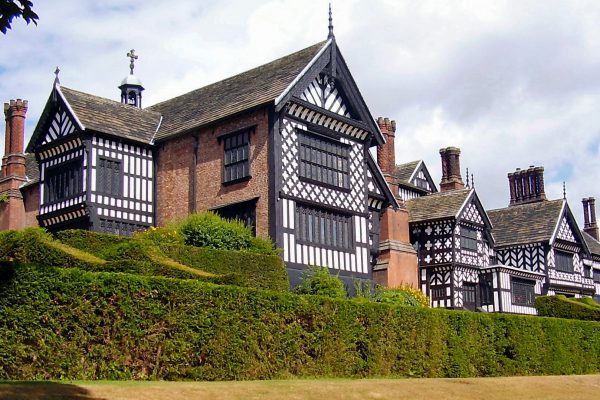