‘A Hand wi’ the Deil’, by Suzanne Milne 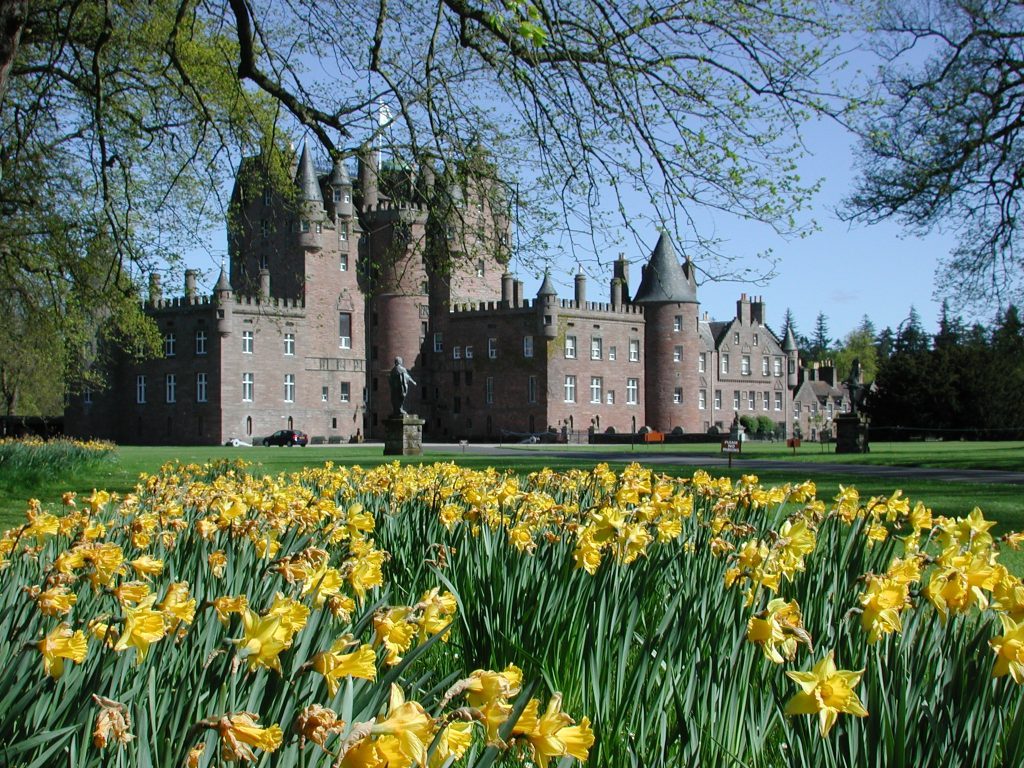 Based on a well-known Glamis Castle ghost story.

​Jem couldn’t remember where he was supposed to take these sandwiches.  He should have paid more attention to his supervisor but that was just typical of him.  The Sheriff had warned him that this Community Service was his last chance.  Next time it would be a custodial.

Here he was, wandering round this draughty pile of a castle dressed like a total plonker in tights and a peeny, like something his granny would wear to make the dinner.  Medieval, or something.  The other lads had been telling each other ghost stories.  Losers, thought Jem.  Hallowe’en’s just for wee kids.  What eejit would believe that tosh about a secret room and a never-ending card game?

The sandwiches were for the actors working tonight, facilitators that sergeant major of a supervisor called them, entertaining the tossers who paid big bucks to come here and be scared.  Jem could think of lots of better things to be doing at Hallowe’en; getting a few bevvies and sharing them with his pals in the local park’s bandstand; or sharing a wee bag of something with them. But that’s what got him here in the first place, so he had better keep his head down and his nose clean. They were lucky that the Sheriff  hadn’t imposed the same sentence on them. Mind you, if they had all been here, what a laugh they would have had.

Jem looked around him in the gloom of the crypt. He was totally lost. This place was a flipping rabbit warren and a blinking freezing one to boot. Jem was shivering in this apology for medieval garb. He’d nearly had a coronary when he stumbled in the dark and banged into a bloody great, stuffed bear. It felt as if he had been wandering round this mausoleum for hours. Good job the food was cold.

As he rounded a corner, he spied a light which shone from under a door.  Thank god, thought Jem.  At last!

He knocked on the door but got no reply. Jem balanced the tray with one hand, turned the handle and entered a small room, lit by flickering candles. He put the tray down with a thump.  “Here’s your sandwiches.”  There was no reply.  “Anything else you guys want?” There was no sign that the men in the room had even clocked that he was there. “I’m off then.”  Still nothing from those who sat round the table. Jem was getting more than a bit annoyed at them. There they were, sat round a table, comfortable, even in those manky costumes, playing cards while he traipsed up and down that flaming winding stone staircase ‘til his legs ached.

The air in the room seemed still, heavy and cloying. Jem’s throat felt dry.  One of the figures rose and lifted his head.  Two eyes glowed red in a ghastly face.  The figure pointed its bony finger at Jem.  Terror pulsed through him.  He turned and tried to reach the door, but it wasn’t there.  Cold, solid stone met his shaking hands.

“Tak’ a seat my laddie.  We’ve been expecting ye.”  The voice seemed to come from the very depths of Hell itself.  “Sit ye doon an’ play a hand o’ cairds wi’the earl.  We’ve a’ the time i’ the world.”

Jem screamed but knew that no-one would ever hear him. 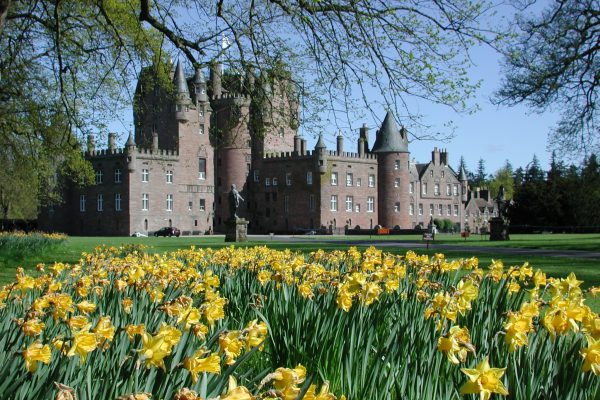