The Midsummer Rose, by Timothy Easton 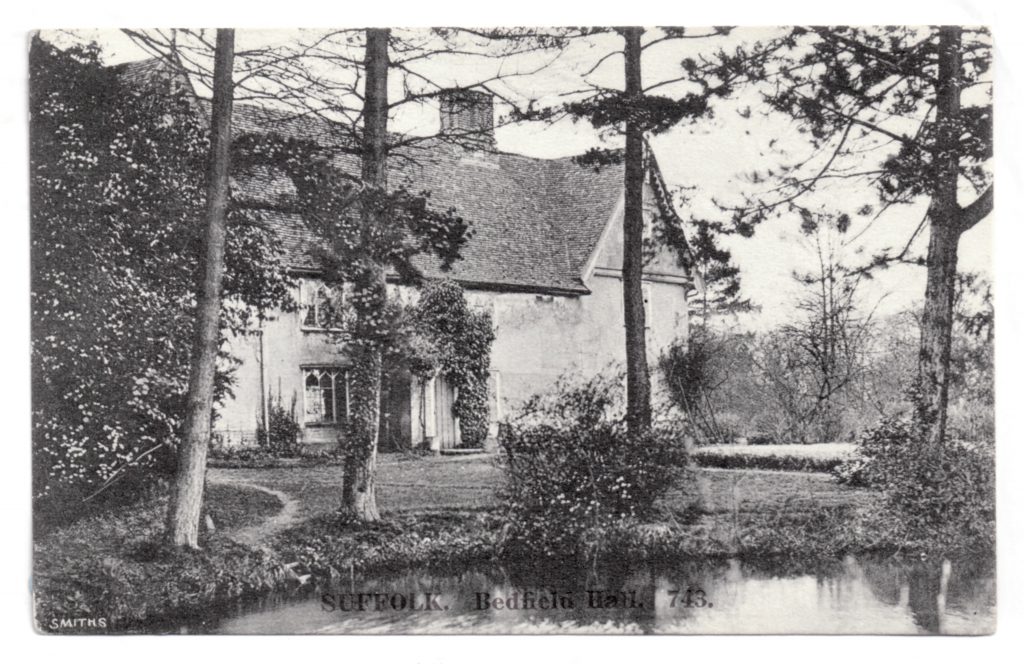 I write this on the Old Midsummer’s Eve, knowing there is a connection between Bedfield Hall, the house my wife Christine and I bought in 1982 and this feast day. Although the central section of the Hall was constructed in 1421, the site is earlier. The seven-acre plot, delineated by ditches and footpaths, is thought to be later Saxon (mid-9th century). 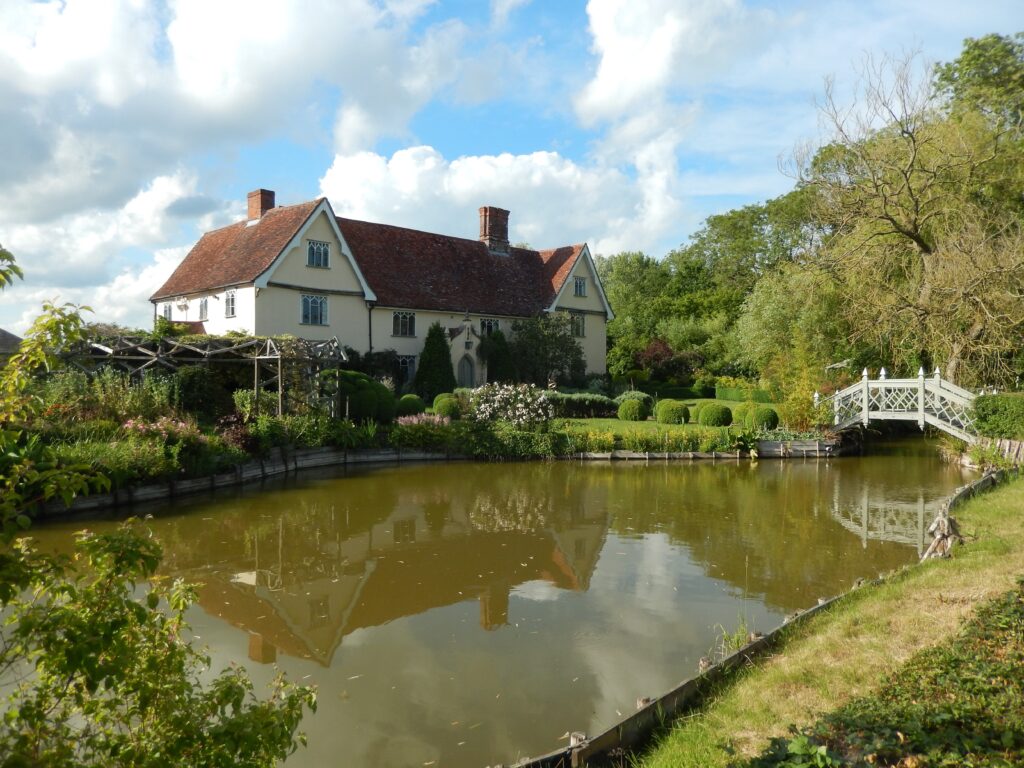 By the 1230s the occupants were of knightly status and are likely to have added the moat (around 1280 to 1300). This still surrounds the house, and was constructed as an indication of their rank. The overseer of the project was Sir Robert Bull and the property passed on his death to his son. In 1325 Sir William Bole made a grant of the manor of Bedefeld, for life to Sir Robert Weylond of Charsfield. Weylond was to make an annual payment of one rose at the feast of the nativity of St John the Baptist [June 24th] for every service, custom and exaction. 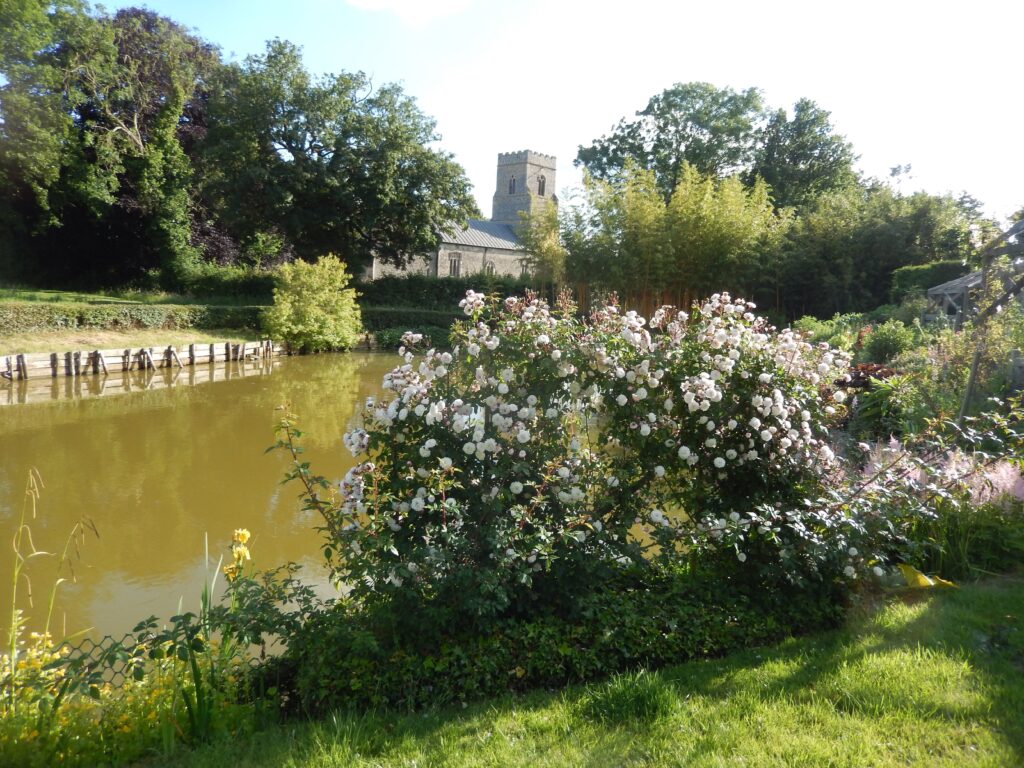 When we have shown groups around the attached Norman Church, the house and garden on the historic house tours, we have always tried to have one tour take place on this day. This story about the midsummer rose is retold and as fealty to my wife, I cut a rose there and then to present to her and explain to our guests this is a gesture to acknowledge who really is the boss. The rose in question is flowering now on the edge of the front moat and was there when we arrived in the early 1980s. Various photographic images survive from the late-19th century showing this rose growing well at that time wrapped around one of four Scotts pine trees (fig 1).

The rose is Felicite et Perpetue and was then a wild scramble down to the water’s edge. Christine thought it an inappropriate place and at that time we hadn’t seen the photographs, so we attempted to move it into two new places. These are still growing there. The roots in the original position were so well anchored that it kept on growing. Once we realised how venerable it was, it was allowed its life, now controlled on a rudimentary frame (figs 2 and 3). It was originally introduced by Antoine Jacques, the head gardener to the French King, Louis-Philipe, in 1827.

Without any proof, we like to romantically think it is a near-contemporary introduction with the late-Georgian windows. When adding these, the builders have tried to regularise the South front with a more classical facade (fig 5). Each window was positioned approximately in the same place as the former 17th-century windows. I point out to the guests that for this reason the presence and date of an earlier central hall between the two wings built in 1620 and 1630, is betrayed by the lower levels that these needed to be set, under the older top plates, compared with the higher ceiling rooms either side.

Anna Marie Aldous, the wife living here in the early-19th century, painted a small oil painting, which shows that little has been altered since that time (fig 4). 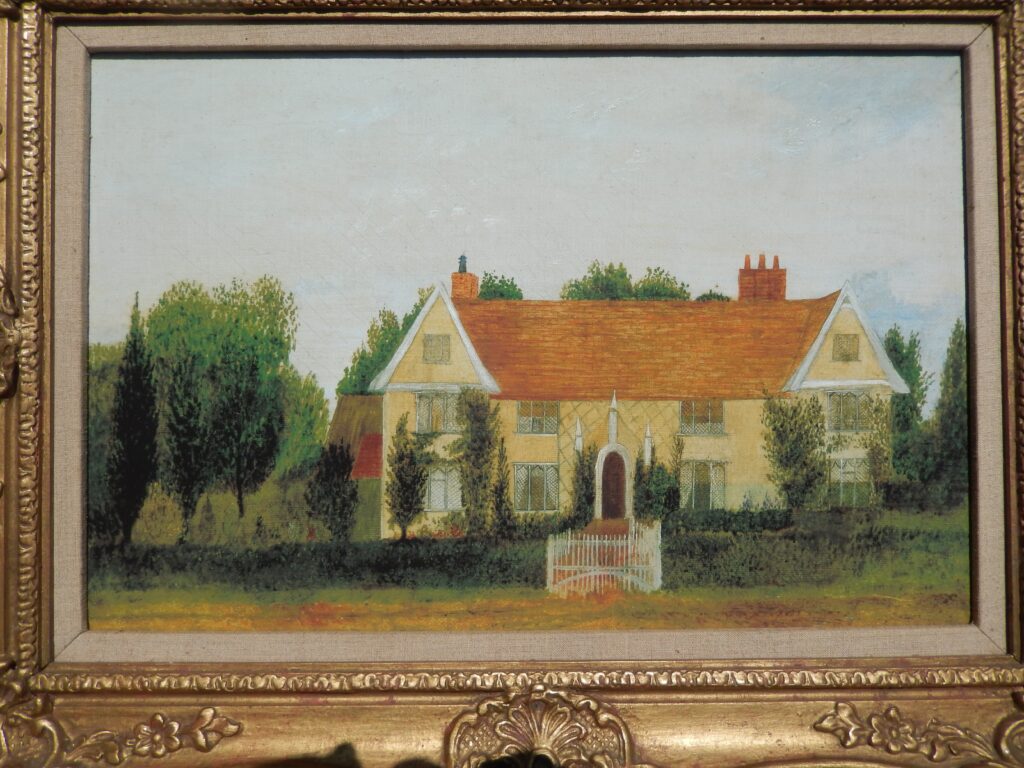 Fig 4: Oil painting of Bedfield Hall by the occupant in the early 19th Century 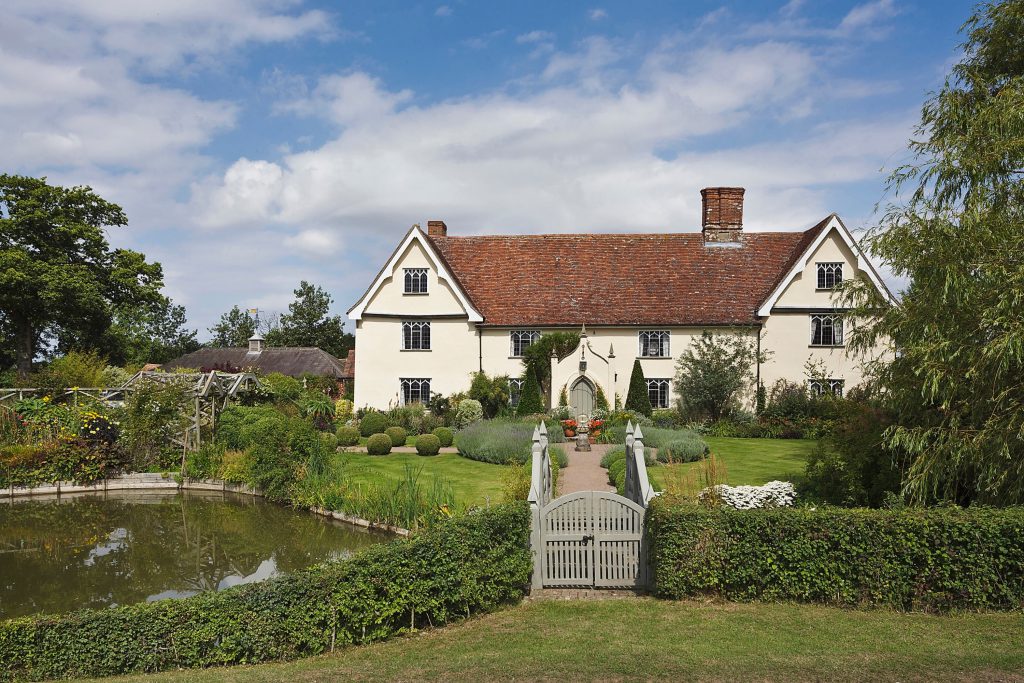 Fig 5: The same view as the oil painting, seen from today 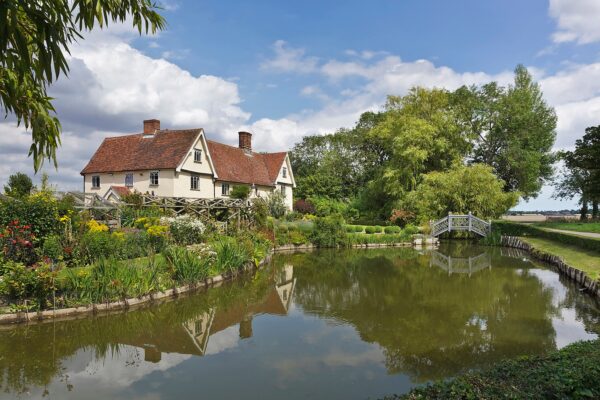