Art and architectureNews from our houses08 Nov 2021 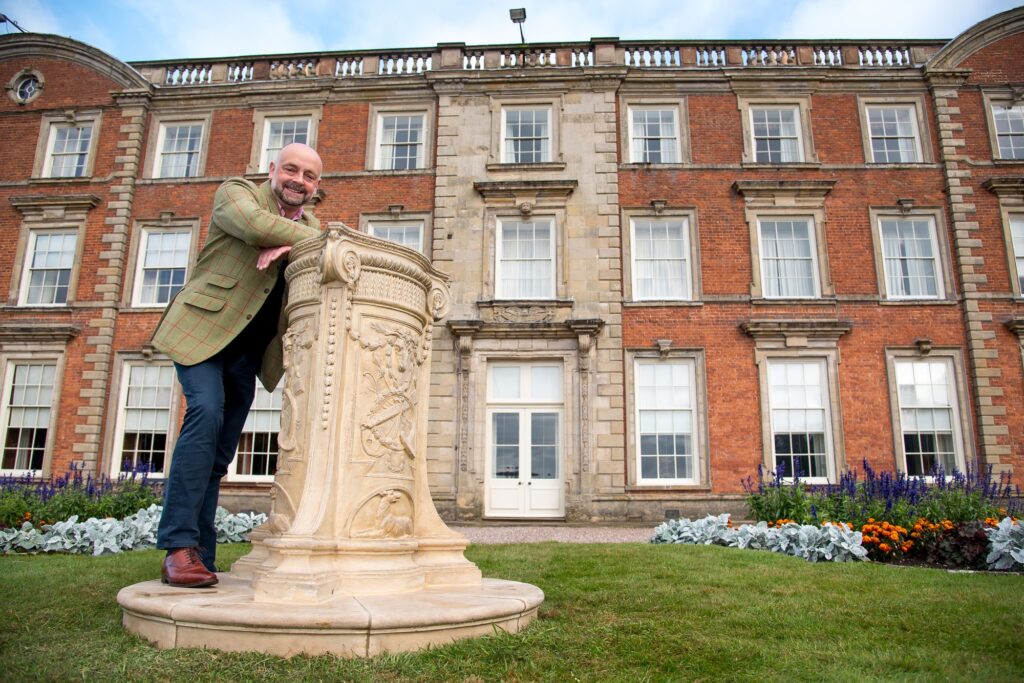 Following a successful fundraising campaign, Weston Park, the stately home on the Shropshire \ Staffordshire border, get to welcome the return of an historical treasure.

In 2017 our Head Gardener, Martin Gee, and his team made a remarkable discovery. Hidden beneath equipment, amongst the detritus of old urns and shoulder high nettles, they found an eighteenth century sundial base.

Supported by Arts Society Wrekin and the generous general public the plinth went to be restored by Phil Thomasson, a Dorset-based specialist conservator. To accompany the restoration a new sundial has been made to replace the missing original, by Robert Foster of Jackfield.

Prior to its rediscovery the sundial plinth was last seen at Weston in the early twentieth century, when it appeared in a photograph of Margaret Countess of Bradford and her children. In those days it was on the top terrace of the south front, presiding over the Victorian formal gardens designed for the 3rd Earl of Bradford. The sundial plinth had originally been supplied to Sir Henry and Lady Bridgeman of Weston Park in 1779 as Gareth Williams explains: “The piece is detailed in the agents’ accounts for 1779, which are now in the care of Staffordshire Archives at Stafford, and these tell us that on the 1st of January that year Mrs Coade was paid £28 for the plinth. Restoration in 2020/1 cost the Foundation considerably more, in being just under £20,000. We have been enormously grateful to Arts Society Wrekin and also to members of the public who have spiritedly supported this fascinating and unusual appeal so that as an independent charity we can restore the piece and return it to its intended location in the gardens”.

Now back with us and on display in Formal Gardens for all to enjoy.