Wentworth Woodhouse gets a helping hand from clock repairer Andrew 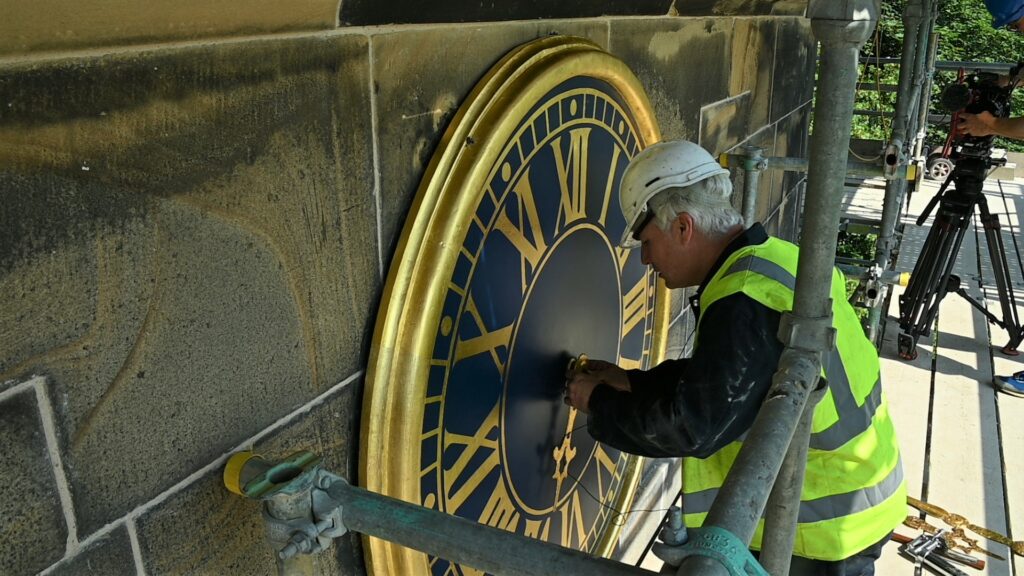 Time is no longer standing still at Rotherham’s 18th century stately home Wentworth Woodhouse. Crucial repairs have been made to the neglected Grade I listed mansion since the Preservation Trust took over in 2017. But one of the most symbolic so far is the return of a working clock to the famed East Front of the mansion.

Extensive repairs to the North Quadrant at the far end of the Palladian frontage, by heritage specialists from construction company Robert Woodhead Ltd, are drawing to a close. 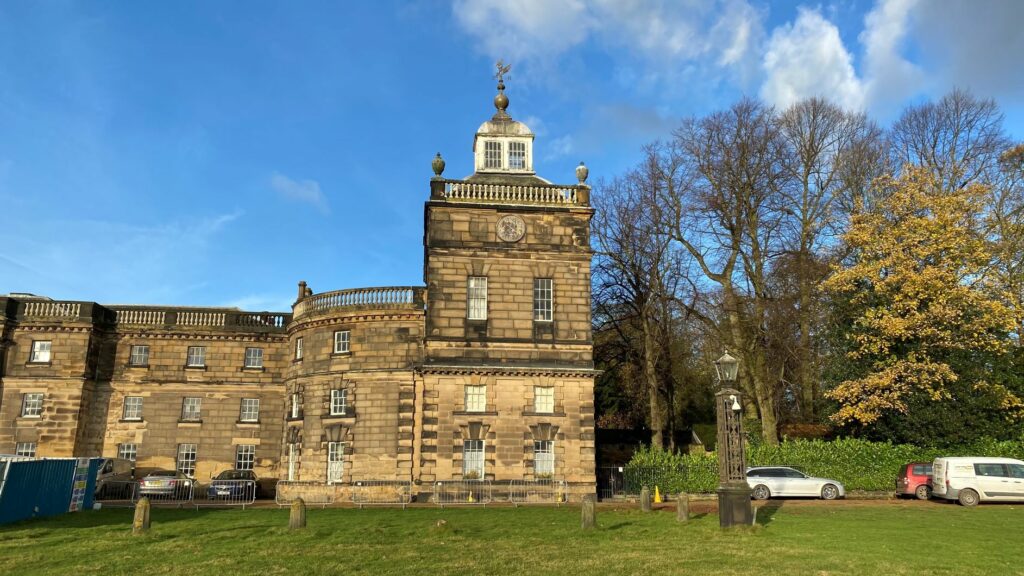 The finishing touch is the return of a giant, two-faced timepiece which marked the hours for nobles and workers alike from the mid 1700s.

The clock mechanisms and hands have been repaired free of charge by local horologist Andrew Bates, whose business Bygone Times is based in Elsecar Heritage Centre.

Andrew’s passion for repairing clocks began decades ago with a Napoleon’s hat’ mantel clock he bought at a car boot. He was a dental technician at the time and tried and failed to get it working.

“I made a right mess of it. I couldn’t get it back together again but I began collecting more clocks and trying to fix them,” said Andrew. “After a few years I decided to train with the British Horological Institute near Newark and after getting my qualifications I set up the business.  It’s very satisfying; there’s absolutely no clock you can’t get going.” 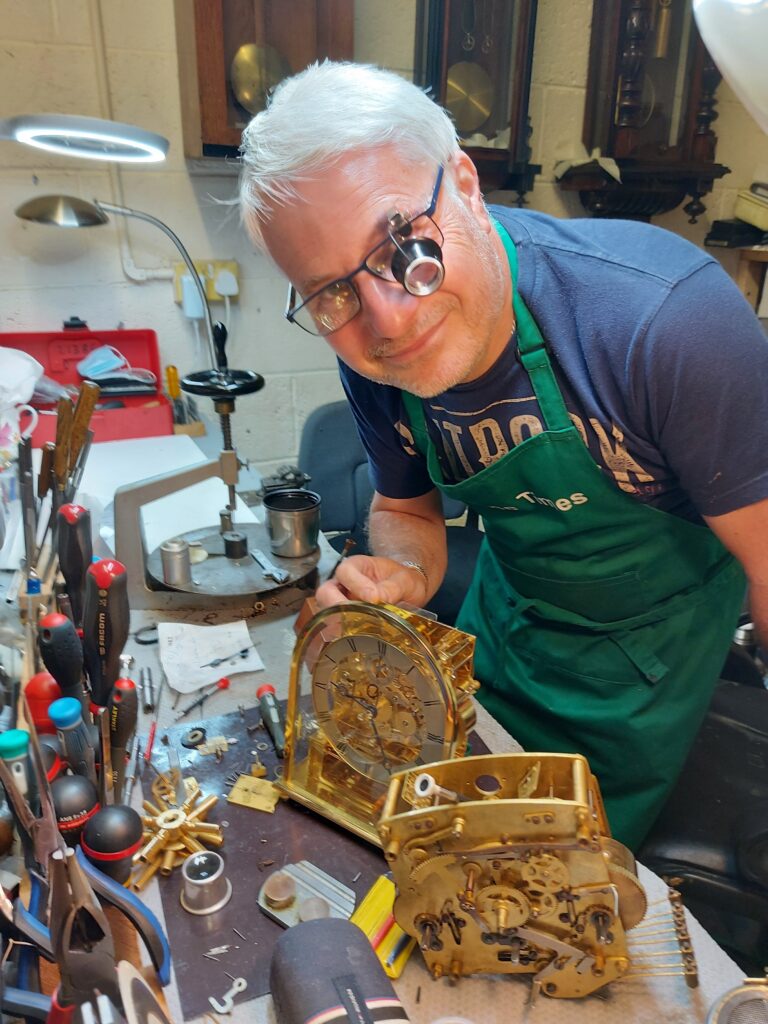 He has restored many of Yorkshire’s most historic clocks – including many for local churches, Darfield Museum, Wombwell Town Hall and the Victorian timepieces hanging over the door of jewellers Benjamin Harral in Barnsley and John Mason’s in Rotherham.

The timepiece at Wentworth is the oldest he has ever worked on.

With the help of the BHI, Andrew discovered it was made in 1710 by Warwick master clockmaker Nicholas French. It pre-dates Wentworth’s famed frontage, which took from 1730 and 1760 to build.

“I like to think the Marquess bought it on his travels and kept it until he found exactly the right place for it,” says Andrew. “It’s an honour to restore important items of local history and this is a beautifully made clock. Nicholas French put real care into it. There are some lovely flourishes on the mechanical pieces which he took the time to do, even though they would only ever be seen by another clock restorer.” 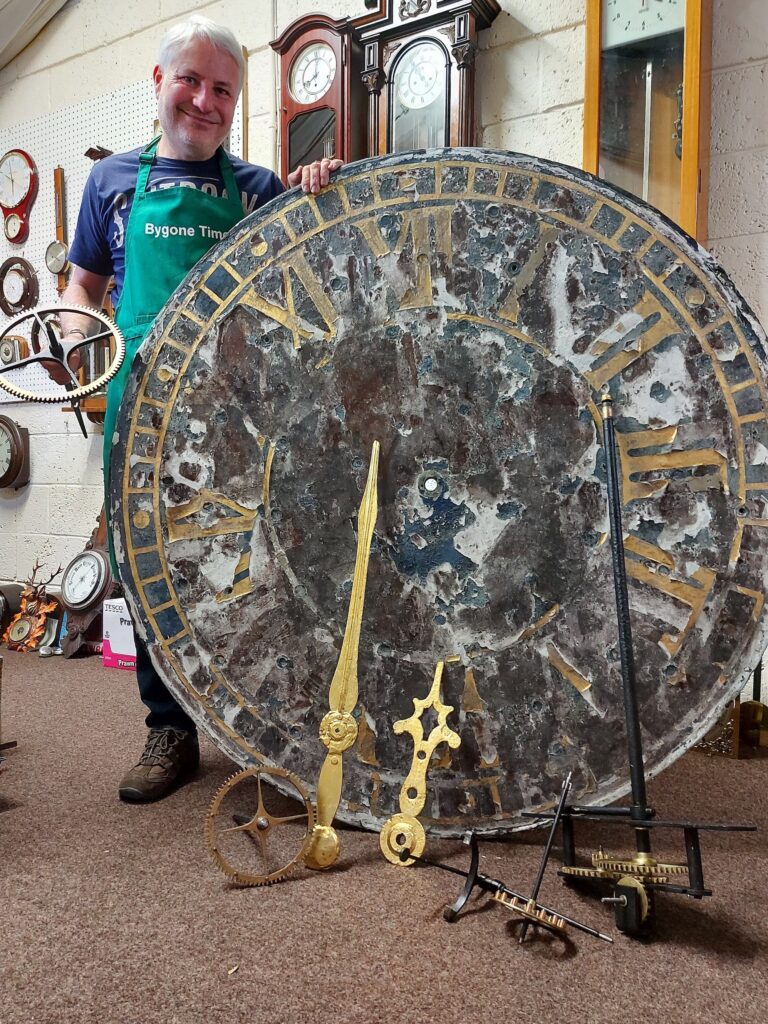 The clock stopped working in the 1950s and reputedly its four bells last chimed for the funeral of Peter the eight Earl Fitzwilliam. Peter died in a plane crash in 1948 with Kathleen Kennedy, sister of  John F Kennedy.

Andrew found there was very little wrong with the clock, despite its age. “The only reason it wasn’t working was because it was very mucky and hadn’t been serviced since the 1950s. Plus one of the weights had been replaced with  a car drum brake,” he explained.

Each cast iron wheel, pinion and bell hammer has now been cleaned and repainted its original green colour to prevent rusting. Hammers operated by pins on a wheel now work again, chiming the bells every 15 minutes, and the huge hands have been re-gilded with real gold leaf, which does not tarnish over time.

Harriet Sharman, a conservation specialist currently working with Pinnacle Conservation, gilded the numbers onto the clock faces and the outer rings.

The original faces were made of lead-coated timber which expands and contacts in different weather conditions and requires constant maintenance. Andrew’s wife Chris and daughter Becky are to hand-gild the numbers onto these original pieces, which will go on  display in the house.

“It’s been a bit of a family affair, this clock,” said Andrew. “My son Alex helped me get it back onto the tower. We love Wentworth Woodhouse and are all proud to have had an involvement.”

The Wentworth Woodhouse North Quadrant clock, in pieces. The old dials will be replaced and the metalwork and mechanics have been restored by Bygone Times. 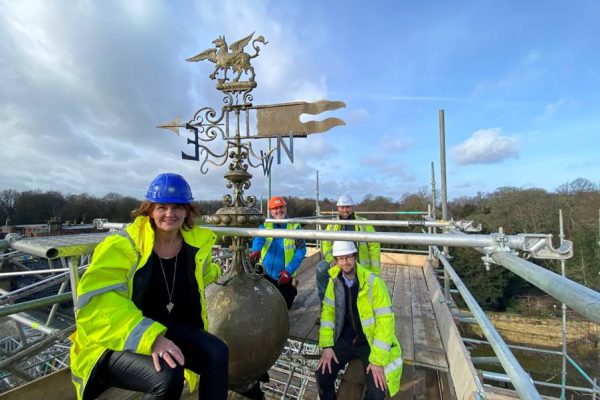 Turning Back the Hands of Time at Wentworth Woodhouse

Earlier this month, specialist conservators started the next phase of work at Wentworth Woodhouse - essential repairs to the North Pavilion. The North Pavilion sits at the end of the Palladian East Front and greets visitors as they arrive. 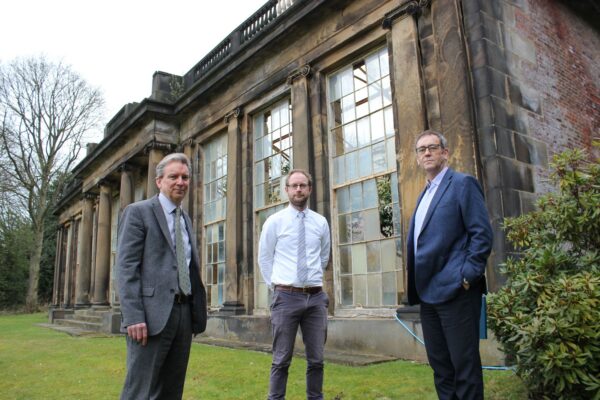 Memories and images of the derelict Camellia House in the grounds of Wentworth Woodhouse are being sought by specialists now steering plans for its restoration. Redeveloping the Grade II* listed Camellia House into a daytime cafe and evening events venue... 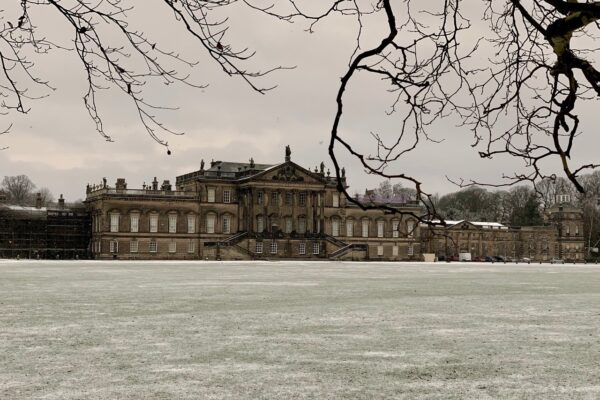 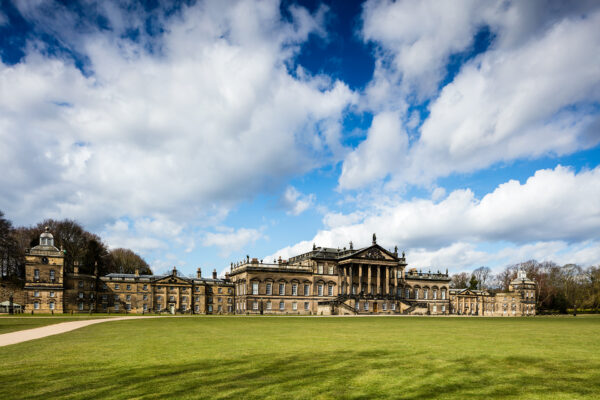 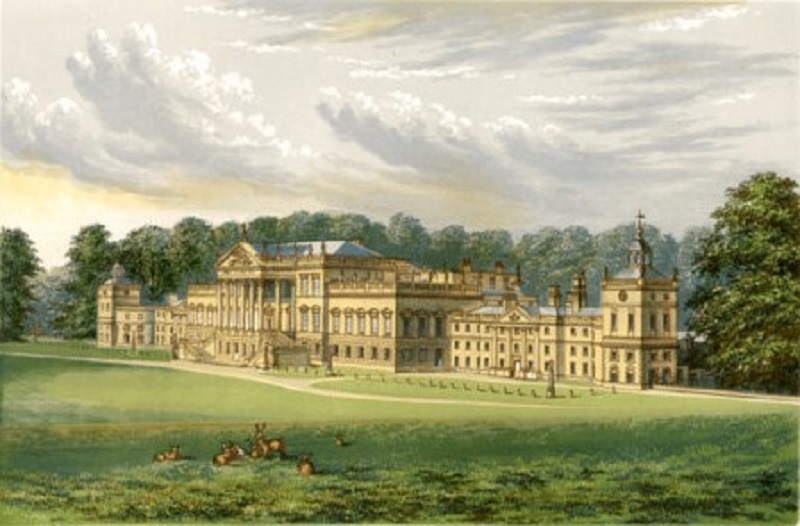