The owners of Stone Court House describe their experience of renovating the historic property in Kent, a Grade II* listed building dating back to the fifteenth century. 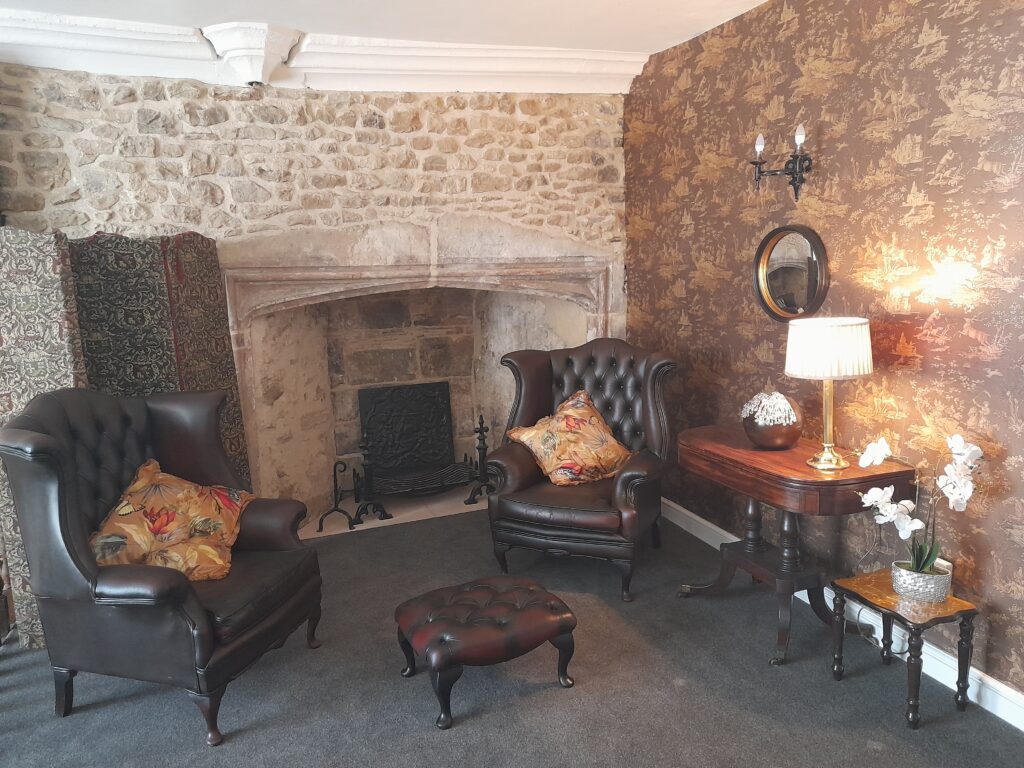 Stone Court House, located in Maidstone, Kent, has 15,000 square feet of living space and was magnificent in its glory days. Previous notable owners include Lady Sackville of Knole House. Stone Court House operated as a successful sixteen-bedroom luxury hotel until being abandoned in April 2012. This led to several years of neglect by successive owners, resulting in a very sad building in a state of disrepair, with substantial damp caused by major water ingress.

Then, in 2017, following several changes in ownership, permission was granted to sub-divide the building into fourteen apartments. During renovations, structural problems occurred to a newly discovered two-storey medieval wall and two garderobes. As a result, an enforcement order was issued by the Local Planning Authority, due to further damage caused by the new owners. Historic England finally stepped in by placing the building on the ‘Heritage at Risk’ Register, thus stopping any further works until an approved plan was put into place to save the building. As a result, the previous owners decided to sell the property at auction and walk away from their responsibilities. However, with many legal restrictions in place and the poor structural condition of the property, it failed to sell at auction in July 2019. It looked like Stone Court House would be lost to history: a sad day.

The crumbling medieval wall aside, it was not hard to see the potential in this magnificent building. But the work that was needed just to make it habitable would be extensive and extremely expensive, especially with all the restrictions in place and the size of this building of historic importance.

We purchased Stone Court House in late August 2019 and spent the first week making two rooms habitable. The first thing we needed to do was to make sure the building was water- and weather-tight to stop any further damage, and then start to peel back the years of neglect. This was going to be exciting. 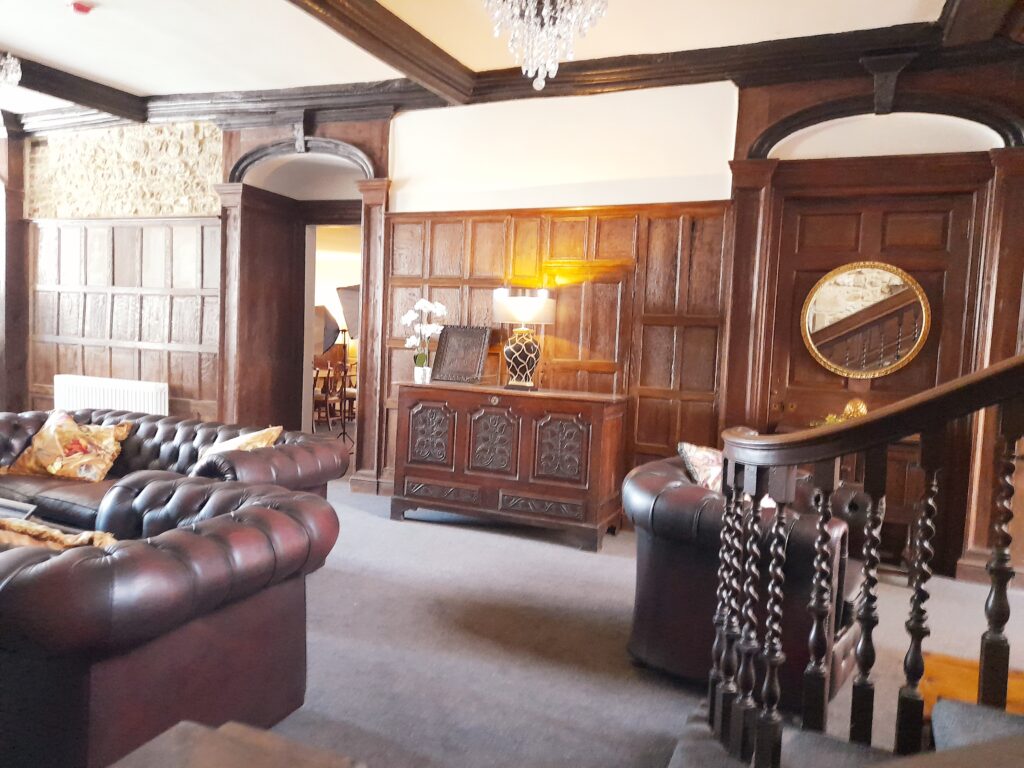 By December 2019, approaching winter, the roof repairs had already taken six weeks. We were hoping to finish by Christmas, if only the weather would hold up. The eight pitched roofs were all from different periods, using different materials and forms of construction from original handmade Kent pegs to slate. All the lead gullies in between the nestling roofs had to be taken out and replaced like-for-like. Just over two tons of high-grade lead had to be professionally fabricated in one of the dry rooms on the ground floor and lifted up three stories ready to be installed. A mammoth task, but essential in proceeding with the restoration. We could not afford any more water damage and a wet winter was approaching. We believe if we had not stepped in at the point we did, in another winter or two the house would have been lost.

Apart from the huge boarded-up holes in rooms where the previous owners demolished the link corridors connecting the entire building, Stone Court House was now finally weather-tight. Our next mission was to focus on making sure the building was structurally sound, and this meant tackling the medieval wall, which had collapsed and was supported by dozens of steel supports. We had been told that the previous owners had employed the services of a Welsh mining team to support the crumbling wall. It was a job well done, but no one had thought of supporting the roof above. The roof had a wide crack along the entire length of the front of the house, probably caused by it resting on a crumbling medieval wall with a rotting medieval oak wall plate in between. We decided as a precaution to install an internal structural scaffolding cage for both support and access, the whole house outside and inside now had steel structural supports… better to be safe than sorry!

The next couple of months were great: just discovering the house and imagining how we would live in such a large place. Then the pandemic hit us on 22 March. With trepidation, we watched as Boris Johnson put the entire country into lockdown, only allowing essential industries to continue—but, to our relief, construction was on the essential list.

We asked our team of twelve craftspeople if they would like to work, and everyone agreed to proceed with the restoration. Four days later, on the 26 March 2020, we continued the refurbishment under strict social distancing rules, keeping shared spaces like toilets cleaned and well maintained. We managed to accomplish a lot in the first year. 15,000 hardwood laths were attached using in excess of 100,000 nails, all by hand. Forty-five tons of horsehair lime plaster was put back, just in the rear first floor section. We were still living in the two rooms downstairs with outside utilities—but it was the summer, so we were comfortable. Our next step was to focus on getting the electrics and heating installed. As you can imagine, we had a mammoth task ahead, with over thirty large rooms to heat using sixty-five cast iron radiators, nine bathrooms with twelve toilets, a kitchen, and an art room. This was not going to be a small project for your average domestic dwelling, so we contacted Worcester Bosch and Kent Boiler Care installed a commercial heating system. 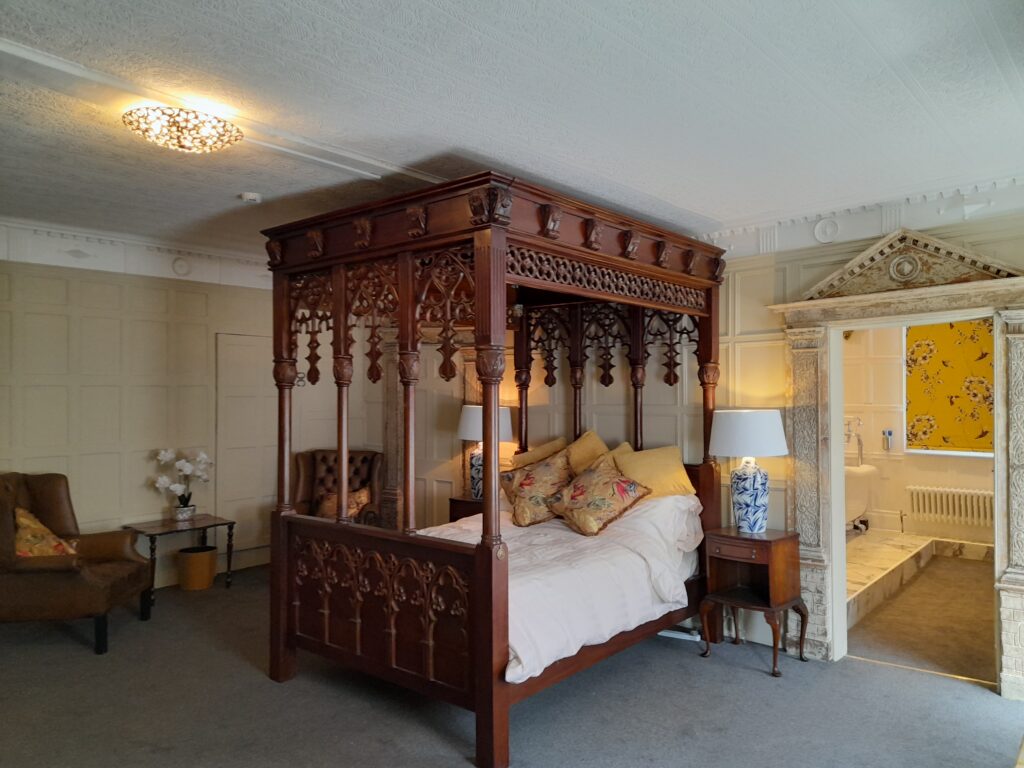 Over a year had passed and it was now Christmas 2020. There had been a team of carpenters, decorators, electricians, plumbers, and stonemasons working for the past few months. The restoration to the internal courtyard was going very well considering the damage caused by the previous owners ripping out all the link corridors from the central courtyard. It was sad, and took our historic brick experts four months to carefully rebuild. However, we still were not given consent to rebuild the medieval wall. Historic England’s firm stance was that the wall needed to be injected with lime and left to set, preserving the history behind it. We believed our solution would last longer: not only preserving the history, but allowing us to understand more of the history of the building and its origins.

Two years into our project, Stone Court House was finally started coming alive. It was now summer 2021 and we were in our second full COVID lockdown, which slowed matters tremendously and pushed up prices of material and labour, which put a strain on finances. However, we had some great news: Historic England granted consent for us to punch five pilot holes for inspection behind the plastered medieval wall in January 2021. Upon our first strike, to our surprise and that of Historic England, a Tudor Fireplace appeared with bright red paint… ALL WORKS STOP! Historic England now wanted us to carefully remove the lime plaster from the entire wall for further investigation by our archaeologist.

After a couple of weeks, the front plaster was off—and what a beautiful sight! A collapsed Tudor fireplace, a ground floor Garderobe, and a first-floor garderobe, which had been damaged from a previous collapse: the medieval wall in its full glory. However, what did surprise us was that the wall was built using earth and not lime, meaning the medieval wall was much older than we thought. Still, Historic England would not allow us to dismantle it until it was fully investigated.

After a few months of discussions with Historic England on a plan forward to save the medieval wall, whilst we were asleep in bed, we heard an almighty crash and thought the wall had collapsed. Fortunately, just part of the chimney above the medieval wall was collapsing. The next day, we had both Historic England and the council’s team of building surveyors and Principal Conversation officer for a site visit. As soon as the Head of Building Regulations came to inspect the wall, he confirmed it was a live wall and ready to collapse at any moment, it would need to be taken down and rebuilt. Finally, some sense in getting a balance between protecting and preserving historic buildings. My team of experienced stonemasons carefully started taking the wall down during the summer of 2021.

By the end of our restoration, we had gone through six different plasterers, five different carpenters, a couple of painting and decorating teams, two plumbers, and countless labourers… but managed to keep one electrician for the entire process. We were way over budget, and way over time. However, as a family, we have really enjoyed the experience of restoring this beautiful property for future generations to enjoy. Now the exciting part… shopping for furniture! 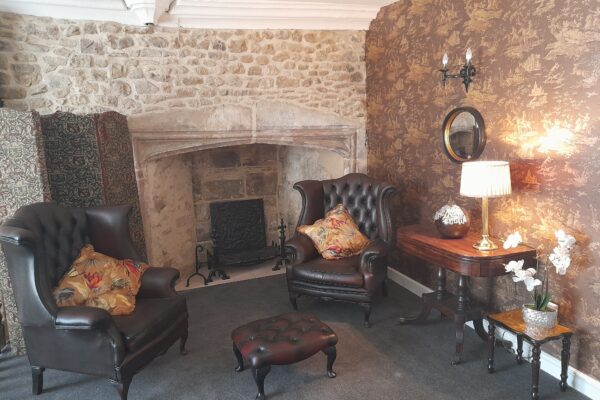