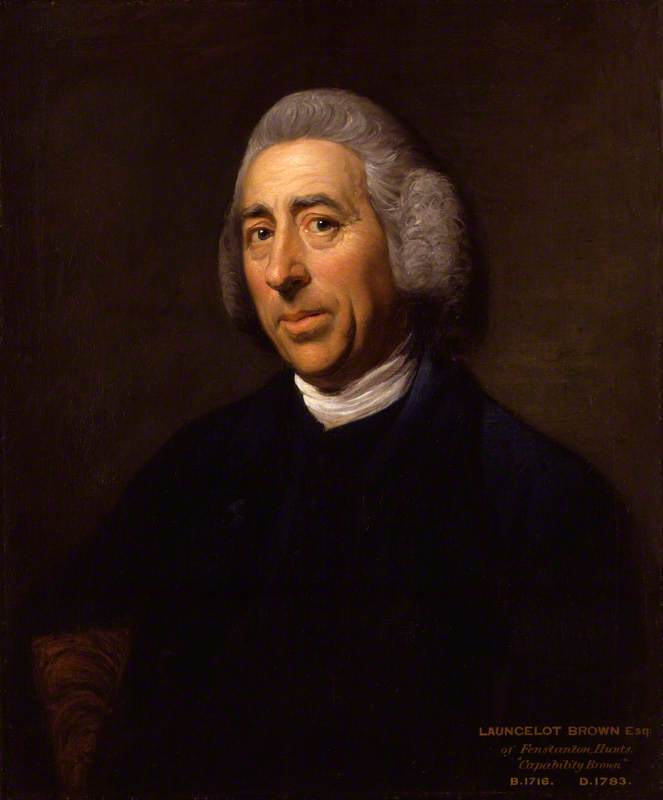 Lancelot “Capability” Brown was the most influential landscape designer of the eighteenth-century, and his name became synonymous with what became known as the ‘English landscape garden’. The extent and nature of his influence are, however, still fiercely debated. This important new volume is the first publication since the tercentenary celebrations of his birth in 2016, and takes Brown’s neglected role as royal gardener for its starting point and explores Brown’s business methods, working method, contemporaries, collaborators, and European influence. Edited by Prof Jonathan Finch and Dr Jan Woudstra, it brings together for the first time a number of perspectives from a varied range of engaging authors, with contributors drawn internationally from archaeology, art history, history and landscape architecture; from scholars and expert practitioners. It provides new insights into both Brown and his career, as well as shedding new light on his landscape practice, his way of working, in a national and international context.

Prof Jonathan Finch explains “In this book we explore Brown’s career, placing him within the world of nurserymen and landscape designers, and his practice of recruiting and retaining a well-paid circle of workmen, draughtsmen and designers, allowed him to manage a huge number of projects and a substantial financial turnover. A key component of his career and reputation was grounded in his position as royal gardener, something which has perhaps been neglected. The English landscape garden, with which he was so closely associated, continued to influence landscape aesthetics and design well into the nineteenth century across Northern Europe.”

Published by White Rose University Press, this richly-illustrated volume results from a conference held at Hampton Court Palace, and organised in association with the universities of East Anglia, Sheffield and York, and Historic Royal Palaces which drew together academics from a variety of disciplines as well as practitioners working in historic gardens, who demonstrated new insight into Brown’s legacy and lasting impact in previously under-explored areas. Captured in this volume are some of the key perspectives, with the diversity of contributors speaking to the many different facets of Brown’s importance.

What the critics are saying

Lucy Worsley, Chief Curator, Historic Royal Palaces and BBC presenter said “This book eloquently demonstrates that Capability Brown was first and foremost a place-maker and business man, but that in order to get a full understanding of his importance we must consider his role as a royal gardener who had an impact both at home and in continental Europe. This volume brings together a group of international experts who have collaborated to paint one of the most vivid and fascinating accounts of his life, times and importance as a royal gardener in the eighteenth century”.

Capability Brown, Royal Gardener weaves together strands from across a broad range of disciplinary interests. It makes an important new contribution to the scholarly discussion of Brown’s work and legacy. Relevant to students and academics at all levels, as well as to practitioners and anyone interested in Capability Brown and his landscapes, this volume brings new perspectives on Capability Brown the man, and on his impact on the business of place-making, not just in Britain but across Northern Europe.

Dr Jan Woudstra adds “Brown is unusual as he was feted in his time and recognised by the Crown. However, his style was readily copied over his later life and, particularly, after his death. Arguably this ubiquity led to the denigration of his achievements and even his character, particularly by the agents of the Picturesque. He has been characterised as a destroyer of earlier landscapes, whilst the lack of any primary material from Brown himself has hindered attempts to provide a rounded and credible account of the man and his works. Here, by exploring his practices, associates, collaborators, and his role as Royal Gardener, new light can be thrown on the man, his landscapes and his landscape legacy”.

Importantly, the book is available as an Open Access (OA) work, free to read online or download from the White Rose University Press website, with print copies also available to buy through the print on demand ordering service. This is one of the first OA publications of this scale in this field, opening up the ground-breaking scholarship within and making it accessible to everyone- scholars and practitioners alike- without any financial barrier. In publishing the book in this way, Finch and Woudstra, and their contributors, are in the vanguard of the OA movement, contributing to a growing pool of high-quality open academic content.

Kate Petherbridge, White Rose University Press Manager, reflected “It is fantastic to see volumes like this published open access. Recent events have really brought home the importance of having quality scholarship like this available digitally without barrier, and Capability Brown, Royal Gardener shows just what authors who embrace this can achieve”.

Available from 2 Nov 2020, this book is published with the support of funding from the University Libraries of Sheffield and York. It is available to buy, or to read online and download for free, from White Rose University Press.