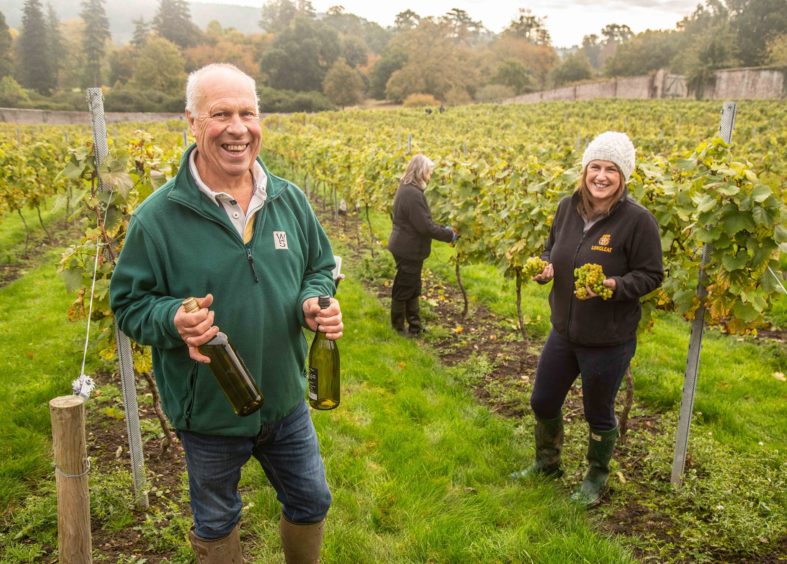 A team of pickers has been hard at work harvesting more than three tonnes of grapes from the Longleat Estate’s vineyard, located in the walled kitchen garden.

There are more than 4,500 vines; producing a mix of Bacchus, Orion, Chardonnay and Pinot Noir grapes.

Up to 10 volunteer pickers have been taking part in the annual event, which takes place between September and November, depending on the weather.

This is the vineyard’s third harvest after it was planted in the historic walled garden back in 2015.

Covering a total area of close to five acres and originally built in 1757, the kitchen garden provided the house and family with fruit and vegetables up until the 1950s.

“Putting the vineyard within the walled kitchen garden offers added protection and a more settled climate which has resulted in the vines maturing much faster than had been anticipated,” said June Cooper, who coordinates the annual harvest on the estate.

“As the vines mature and with good weather we could eventually harvest close to 12 tonnes of grapes and each tonne will produce around 900 bottles of wine.

“The late frosts in May meant this year we managed to harvest about three-and-a-half tonnes, which equates to just over 3,000 bottles,” she added. 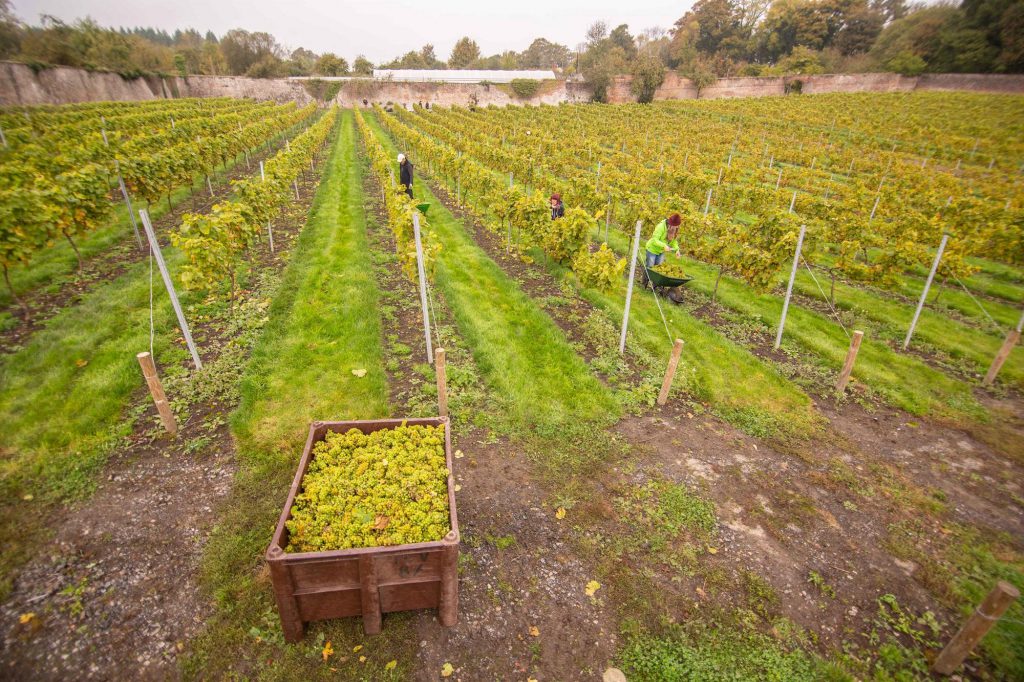 The grapes are sent to a wine producer in Gloucester where they will be prepared, fermented, pressed and bottled before being returned to Longleat. It is hoped the wine will be available for visitors to sample in the next few years.

This is not the first time the walled kitchen garden has been used to grow grapes. In the 1870s, head gardener William Taylor built a 216 foot long glasshouse known at the ‘Vinery’, which was divided into three compartments: one for grapes of various varieties, one for the white grape, Muscat of Alexandria, and the third for black Hamburghs.

Home to the Marquesses of Bath since the 1600s, Longleat has been welcoming visitors for more than 400 years. The Wiltshire estate was the first to open its doors to the public back in 1949 and totally re-defined the world of tourism in 1966 when it launched the only drive-through safari park outside of Africa.

The popularity of Longleat as a tourist destination brought a new market to the Kitchen Garden: grapes were sold to visitors at the front door of the House in the early days of opening, and later, in the 1960s.