Victorian rectory known for its style and comfort. 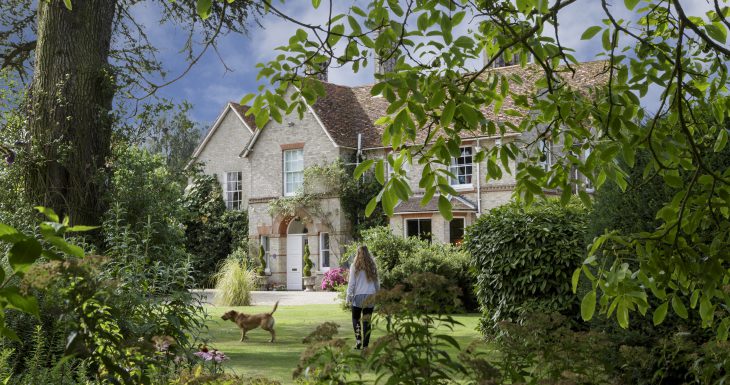 Steeped in history, Rectory Manor is principally Georgian in appearance and boasts classically beautiful features and large rooms. However, underneath lies a timber framed medieval building with some of its parts dating back over 1000 years.  The site can be traced back to pagan times when the natural spring, which now comes up in the cellar, was considered to be sacred. It then passed to the Romans who build a temple here.

When Christianity arrived, the temple was demolished and parts used to construct the Norman church.

In 1563, in keeping with the spiritual identity of the building, John Hopkins, the residing Church Rector, produced the Book of Psalms here. He is buried in the local churchyard. Since the 16th century, the book has over 600 editions – outsold only by The Bible and Book of Common Prayer.

In 1631, the rector Nicholas Bloxham was deprived of his appointment for “simony” (selling absolution), by a malicious claim by another priest, Andrew Sandelands. He was cleared in 1641. But, in 1643, his nemesis succeeded in having him sequestered by “The committee for Plundered Ministries”. It took him until 1661, before he was finally reinstated to much rejoicing.

In 1866, the library was re-modelled with Reredos and panelling taken from Sir Christopher Wren’s church, St Michael’s of Cornhill, which was rebuilt after The Great Fire of London in 1666. The carvings are from the school of Grinling Gibbons, widely known for his work at St Paul’s Cathedral, Blenheim Palace and Hampton Court. They feature Cherubs and a Seraphim, as well as exquisite corsages of leaves and flowers and two stunning columns. Behind the carvings, the reredos, created by William Cleere, were painted by Robert Streater, ‘sergeant-painter’ to King Charles II.

During WW2, the home guard was based here and a bell installed on the roof for emergencies which survives to this day.

Today the Rectory is filled with fascinating family heirlooms belonging to its current owners, all of which have a tale to tell for enquiring guests!